Anyone aware of this?

This TV series just started airing this week's Thursday. It is based on characters from the book Red Dragon who you guys may remember for the film adaptations: Manhunter and Red Dragon. And of course, Hannibal Lecter from said works and the following ones: The Silence of the Lambs, Hannibal and let us forget about the rest.

Hannibal is interpreted by Mads Mikkelsen (pictured above) and the famous criminal profiler Will Graham is portrayed by Hugh Dancy:

The series kind of follow the format of crime investigator (Graham) using his ability of putting himself in the shoes of killers to uncover the reasons, methodology and the identity of serial killers in order to resolve cases. Of course, with the help of as-of-yet-free Dr. Hannibal Lecter.

I watched the first episode and was a little underwhelmed, especially considering the material it takes after. But at the end several clips of the upcoming stuff for the remainder of the season were shown and they looked pretty interesting. I have some reserves with the way they handle some stuff in the first episode, I am not entirely sold in the way they are picturing Graham in the series, nor am I satisfied with the acting of Dancy, but Mads seems a good actor and if the dialogue for him improves I think it could become a good series. Won't enter in much detail here for people who haven't seen the episode yet.

Anyone else knew about this? Is anyone interested? Anyone saw the first episode?

Hannibal has been canceled. Season 3 will run as usual. Apparently beyond the low rating, rights to the Clarice Starling character meant to appear in the next season may have been the reason to pull the plug.

However there's still hope. DeLaurentiis Co. has tweeted that there are people interested in partnering to continue the series:

#Hannibal was always in danger of cancellation due to subject matter, and others have expressed interest in partnering with us.

It seems like Amazon could benefit from picking up there series:

I watched the station it was until this started. He can get in the mind of a serial killer but does not know about the serial killer helping him? That is like watching a show about House M.D not remembering how to be a doctor or Married with Children without children. He is obviously an idiot. Even Doacks on Dexter knew Dexter was weird.

There's no point in watching it cause I'm guessing it will be cancelled soon.

Actually Graham knows the killer by inspecting the crime scene, not by analyzing people's personalities. I had problems understanding the first part of your post, maybe someone is under the influence of alcohol.

How so? Ratings? Still to early to tell because it just aired one episode, it reached 4.36 million viewers though. We need to wait and see how it keeps those ratings, if it can. Unless NBC has a very strict policy for ratings.

Or maybe because you think it is crap, somehow by deduction? I won't put my hands on fire for this series yet but I am seeing crappier series than what I saw from hannibal still holding up for various seasons. 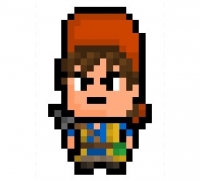 I watched it and thought it was ok. I also don't think it will last more than one season. Not because it was bad or anything, mostly because it seems too weird/bloody for a network audience. It just seemed like a show more suited for Syfy. I am also pessimistic because there were about 3 new shows I watched last year and they were all cancelled after one season.

Mads is a great actor. I'll keep my eye on this.

This is likely true, they axe almost everything today.

OP: No, never even heard of this show but I will watch it, big fan of Mikkelsen and the material they are using here, Lecter is one of the best and most intrguing characters ever created, in my opinion.

Yeah, because for the premiere, it got 4.36 million viewers and and 1.6 in the 18-49 demographic (this is the demographic that advertisers and networks are only concerned with). So, considering its a premiere, those ratings are quite bad. Plus the fact that its on NBC and its at 10pm with a weak lead in, the show really doesn't stand a chance. Ofcourse, if its ratings are steady for the rest of the season, it could be renewed but its very unilikely, and everything NBC has put at Thursdays 10pm has failed since ER in 2008.

They axe most things cause everything they air fails with the exception of The Voice which is a big success for them right now.

Seems you are keeping tabs on NBC more than I do so I will consider the possibility. If this show really takes off hopefully we will at least get the chance to see the whole season, in worst case scenario.