So just so no one else makes one before I do I am claiming this game.

So what is Cyberpunk? Well stay a while and listen and I will tell you. Other than a sub genre of sci-fi fiction, Cyberpunk  is a pen and paper RPG creted by Mike Pondsmith. The universe is an 80s inspired near future where following a vast socio-economical collapse and a period of martial law, the United States government has had to rely on several megacorporations to survive. Information warfare and augmentation are also major ellements of the universe.

So the videogame is made by CDPrjekt RED, is a nonlinear "mature RPG for a mature audience" which promises to offer a smoother introduction into the story and universe of the game than the Witcher games. The game will also offer much more character customisation with multiple classes and various augmentations that you can make to your character. The game will take place in many locations arround the world but will focus on the fictional Night City, located between Los Angeles and San Francisco. Also recent job listings suggest that there may be some kind of online multiplayer element to the game. And that is about all we know at this point all we really have is one peice of concept art. 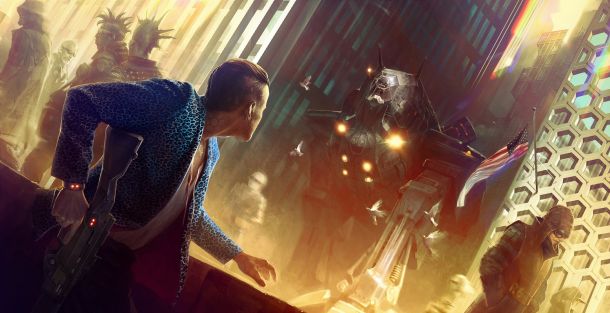 and new info and media "Warsaw, 18 October 2012 – CD Projekt RED has officially announced the title of its in-development role-playing game. "Cyberpunk 2077" will be set in the world created by Mike Pondsmith, one of the fathers of the cyberpunk genre and the creator of the cult-classic pen-and-paper RPG, Cyberpunk.

And that leads, at last, to why we hooked up with CD Projekt RED" – Mike Pondsmith commented, why he has chosen to work with the Polish game developer.

The cyberpunk atmosphere, well known from William Gibson's novels, the "Blade Runner" movie and the famous pen-and-paper game, "Cyberpunk 2020", will surround the player. The creators promise that "Cyberpunk 2077" will be true to the essence of the cyberpunk genre. Players will be thrown into the dark future of the year 2077 and into a world where advanced technologies have become both the salvation and the curse of humanity. A multi-thread, nonlinear story designed for mature players (a CD Projekt RED trademark) will take place in the sprawling metropolis of Night City and its surroundings. Players will have a chance to visit places well known from "Cyberpunk 2020", including a combat zone completely taken over by gangs, the legendary Afterlife joint and the nostalgic Forlorn Hope.

Freedom of action and diversity in gameplay will be delivered thanks to the sandbox nature of the game and mechanics inspired by the "Cyberpunk 2020" pen-and-paper system, fine tuned to meet the requirements of a modern RPG. Gameplay will pump adrenaline through players' veins and be consistent with the celebrated Cyberpunk spirit – rebellion, style, edge, uncertainty. And of course, a cyberpunk reality cannot be deprived of murderous steel – guns, rifles, implants, dozens of gadgets and other varied pieces of equipment needed to survive on the streets of Night City. The developers are focused on making the technology of 2077 credible and exciting.

For more info please visit the newly launched blog: cyberpunk.net and read some articles written by both the developers from CD Projekt RED and Mike Pondsmith himself."

So the full name is Cyberpunk 2077 and some more info can be found on the dev blog on the site http://www.cyberpunk.net/blog/ 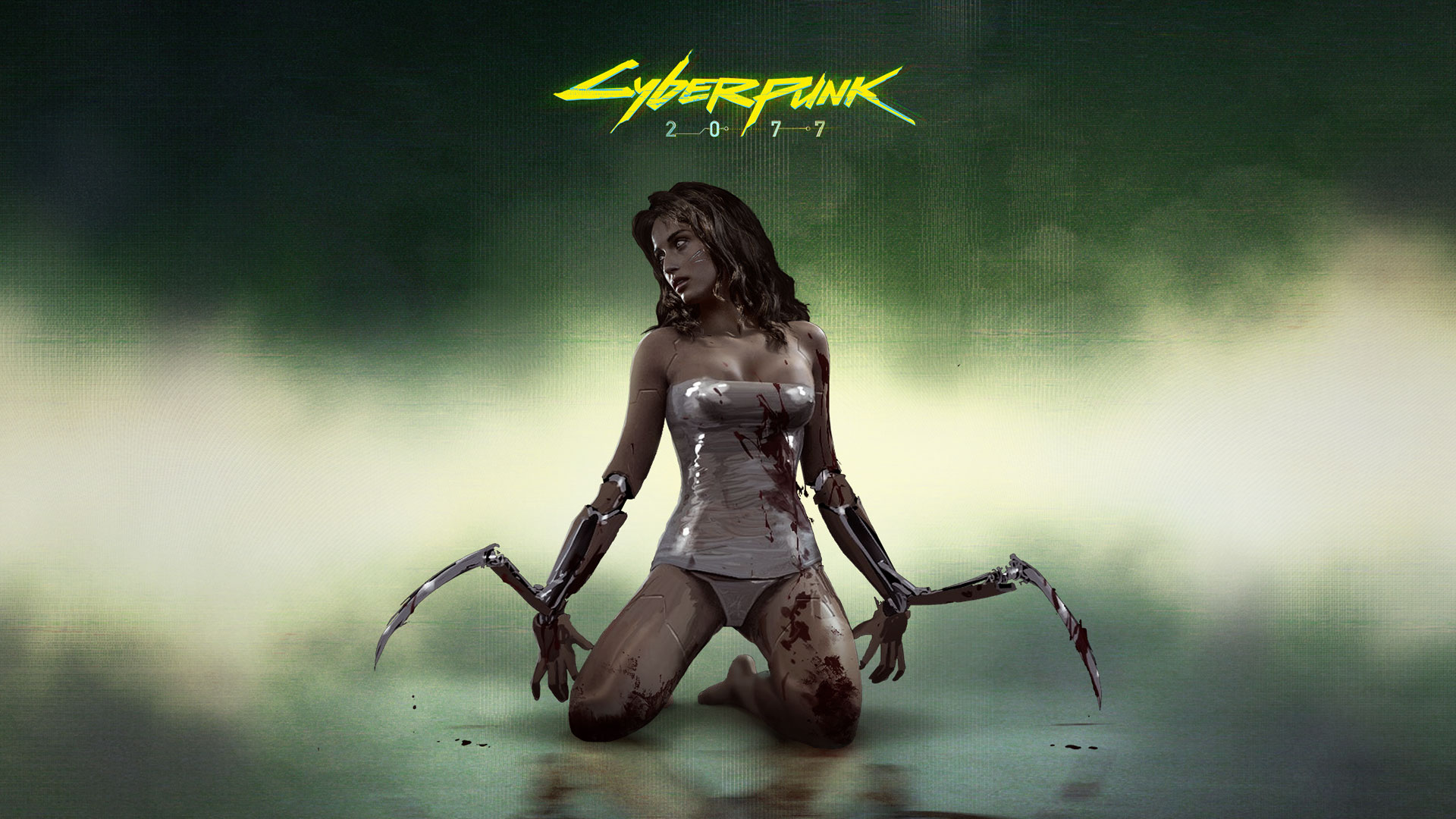 Thats not what cyberpunk is about, would be weird to have 1 plot in a whole genre.

Already a thread about this game? Wow.

I'm curious about the game. The Witchewr games were based around close combat fights (swords, axes, knifes), but for this game they have to with guns and the likes, so the game will end up being very different.

And having a "smoother introduction into the story and universe of the game than the Witcher games" is very easy, it only needs a proper beginning

@Turkish, you are confusing the whole genre called cyberpunk with an actual board game called Cyberpunk which is the inspiration of this game.

You really hate Gomamon don't you? Well I just found a peice of fan art I just couldn't resist so you should be happy now.

OT: I will be very interested to see how they handle gunplay in the game. Will it be completely dice roll based or if physically aiming will be a big factor in combat. TBH we really know nothing about how it plays if it's an over the shoulder shooter style gameplay making the aiming fully dice roll bassed could be very frustraiting for some people if they are aiming and shooting at people and then bullets flying off at odd angles because your skill is to low. But make it to much of a shooter and the RPG elements may become rather irrelevant in minute to minute combat, outside of just damage output.

But then again for all we know it's a top down tactical game lol. The game will feature other forms of combat than just guns tho, or at least the pen & paper game does from what I have read.

^For the gun combat, and it is just my opinion, the could take some inspiration of Mass Effect.

The over the shoulder and zooming could work, as well as some of the skills like better aiming both for % of hit the target but also % of hitting critical parts like the heart or the head (something that goes in line with classes) or faster cooldown/faster reloading for your weapons and/or implants powers.

@Gomamon. I don't hate it, it's just that I don't get used to see your nick with that pic. Nothing that time can't solve.

Do we need another Mass Effect tho? Not that it would be such a bad thing.

And what do you think about my new pic? Suit me better in your oppinion? Feel free to drop a message on my wall.

Nope, we don't need another Mass Effect for now, hence why I didn't mention things like cover system. But the basic things like the camera position and some skills could serve as inspiration.

@The new pic: it's more aggressive, and you seem to be more reflexive. But then, I don't know you so... And, for God's sake! It's your profile pic! Do whatever you want and to the hell with whatever do the others think!

Do you like Gomamon? Then use it! End of the story.

Well in the pic the character does appear to be next to a waist high wall, possibly poping up out of cover. Some form of cover system seems likely,

As for the profile pic, of course I will use what I want but that doesn't mean that I can't ask other people what they think lol.