DonFerrari posted something on SvennoJ's wall:

Didn't see you had bought TLOU2 before today. What yo though of it?

Just come here to tell you that you have been, throughout the years, among the users here I respect most. I always take the time to read your input in the thread I visit and youre always level headed.

Hey, I hope you have been fine!

Well, I did it. Smoked some weed and started NMS. There seems to be a lot to learn. I was kinda surprised it started me out in a "do or die" survival scenario.

Like: Gather resources and make repairs before you're cooked alive in your suit.

Get this other stuff before you run out of oxygen.

Find shelter before the incoming fire storm roasts you....

I had to quit after a short session, and put the PS4 in sleep mode but, when I return to it, there's another immediate crisis to deal with.

Apparently the game didn't used to start players out like this,

John2290 posted something on SvennoJ's wall:

You're finally getting a sofa sim racer! You excited for GT sport?

Hard to believe it took this long this gen! Ofcourse I'm excited and since I just bought that 900e Sony 4K HDR tv, I'll be checking it out in old fashioned 2D mode as well.

I hope PD will be better at adding tracks than they were for GT6. Tracks make a racer, cars are secondary.

Tracks look a bit flat tbh. Hope I'm wrong but in any case but are as important as the other, no point in racing one car on 700 tracks the same way theres no point in having 700 cars for for one track I like the balance here, no the size of the content. PC2 got it right but they also NAILED the tracks, Never felt such insane detail in track surface before, I know GT has nailed the cars and detail, the tack list too (Albiet a tad few of them) but it won't be amount on the list that'l make or break the game but how the cars and tracks feel.

Update: This article has been amended to stress that the experiment was abandoned because the programs were not doing the work required, not because they were afraid of the results, as has been reported elsewhere.

Fake news after all.

Hardly fake news when the idea is that an AI was getting different results than expected, outside of their programmed path, by doing things on its own. I've linked this specific article because it is the correct story.
AI development is starting to resemble Sci-Fi, what with this little experiment and Google's own translation AI as examples of how far things are coming along.

Odd, my previous comment seems to be missing. Anyway it's not so much the AI we need to worry about, it's how we use it.

Using an intermediate 'universal' language step was always a goal for translation, at least that's what I was taught back in '94 in a course on natural language parsing for AI. Ofcourse back then, as the article states, we were still trying to find a universal structure, while now faster computers have made it possible to brute force match countless documents. Yet it seems it's still easily 'gamed'.

I don't see anything going outside their programmed path though. It's pattern recognition with access to the vast memory of all digitized knowledge. Impressive engineering, yet there's no thinking involved on the AI's part. It going outside of its programming would be it answering a question instead of simply translating it.

I was playing around a bit with it and it still struggles a lot with words with multiple meanings, not choosing the right translation based on context, and sometimes comes up with things that don't make sense. I doubt second order context (based on story events) will work at all if it can't even get it right in single sentences.

It will be a long time before AI can translate sayings, songs, poetry, humor etc and make it sound right in another language. There is no understanding of language displayed here at all.

Have you played Super Hot on PSVR? If not, you must do it!

But of course I have! I posted about it too some time ago, weaving between bullets, bending like Neo and ending up half lying on the floor :)

I hope they'll add some extra levels in dlc some time. I played the campaign twice but endless mode is not as much fun. It gets kinda messy with all the empty guns around after a while.

I should have known!
I found your old post. Had many of the same issues you did but I still enjoyed it.

Finish fantastic contraption next! It's worth it and the completion percentage according to the trophy stats is woefully low. Most VR games have completion rates of less than 1%, short as they are. Should we be worried :/

Slightly worried. I think VR fans are loyal customers but there might not be enough of us. And a lot of people can only handle VR in small bites, even if they love it. It'll grow, though.

John2290 posted something on SvennoJ's wall:

Dirt rally is getting the PSVR treatment, 10 quid I think. Would you risk the cash for another try? I'll send you a 10 quid gift code voucher if you do, mate.

Yeah, I'll buy it again for psvr. I hope it'll come with a new physical edition so I didn't trade it in for nothing.

Looks incredible on PC. Supposed to be some "Experience".

It should be a good test whether VR really transforms the gameplay. I'm curious to see if it will change my opinion of the gameplay from trade in to must have.

I took a chance on the digital version. The wow factor certainly has passed. It is more fun to drive in vr, yet it doesn't fix the (ds4) controls one bit. It's still way too sensitive at high speeds and feels off at low speeds. VR does push it passed the point of 'not gonna bother with it' to giving it another chance.

As for graphics, it's ugly. The environments are a bit more consistent than DC, or less downgraded, yet there was a lot less to begin with. The car interiors are very basic and low res. Resolution the same as DC with lots of shimmer.

I rated it 3/5 on psn. It's fun to play when I've had enough of DC VR for a bit, yet it's no contest which is the better racer with a controller.

On the positive side, depth perception is great. You don't really need the co-driver to judge upcoming turns, following the tree line is enough. (still need him to call out obstacles) It was easier to stay on the road at Pikes peak, no plunging into ravines from misjudged turns.

Oh I totally forgot to tell you. I went to see Princess Mononoke in theaters on Monday. They had a special screening in honor of its 20th anniversary. It was so cool to see it on the big screen.

Awesome, I'm jealous. Even though I build my own home theater, it's not the same experience. I never got to see any Ghibli movies in the cinema. I tried to go see the wind rises in theaters but it wasn't playing anywhere near me.

I have seen every single Ghibli movie more than once yet the only one I have seen in cinema is The Red Turtle, it was totally worth it though.

Oh nice, yeah that one isn't playing anywhere near me either, only at one theater in Toronto doh. I'll have to wait for the blu-ray release. Something to look out for :)

what is your fave studio ghibli film?

Princess Mononoke as my avatar suggests.
I can also rewatch Spirited Away, Castle in the Sky, Howls moving castle, Totoro and Ponyo at any time.

i broke down watching castle in the sky.... the loneliness of the robot was too much for me... i have yet to see totoro...

Don't watch Grave of the fireflies if you can't stomach Castle in the sky!
Totoro is pretty sad too yet still a very uplifting movie.

i did see gaves of the fireflies.... when i was a kid LOL
it is a pretty hard swallow but i don't think i cried... was just sad... ok i will watch totoro :p

That projector was so funny. :)

If you're a serious gamer you play ps4 in IMAX
https://www.youtube.com/watch?v=Po1_pBvlVwY
Got to get started on digging out a bigger basement!

Haha. The next Ps4 pro is going to come bundled with an excavator. :P

SvennoJ out of interest, do you happen to know the name of that final update patch for Driveclub? Was checking the EU store and couldn't find any new additional content for the game. Made me a sad panda.

Or was it just a software patch because I recently changed from a 500gb drive to a 1TB one in my PS4 and was redownloading all my games, I'm guessing if it was this I would have gotten the most up to date version which includes this patch.

Ah cool, I'll just have to open my eyes so for those new races! Thanks mate.

Don't do that to yourself, it's not worth it, really.

Do what? Did you hack my webcam :o

It was about a "discussion" you were having with an user on a recent thread.
You're talking to a wall there, that user comes here to do that kind of nonsense hate spreading just for the sake of it, so I thought I should let you know it was worthless to keep up, so you won't waste your time with that.

I know, there are several walls on this site. Just wasting some time before getting/bringing the kids to/from school. VGC is there to fill the empty spaces while having a cup of coffee and avoiding the news!

Told you to let it go, well, dinner won at least xD

Shadow8 posted something on SvennoJ's wall:

Thanks for accepting fellow Ghibli fan :)

My fav is Grave of the Fireflies though.

Yea it is :(
That's what makes it so memorable.

Thanks for accepting, favourite film ever ^^

Definitely! I wonder if Ghibli will make a 4K version as 2 DVD and 2 Blu-ray versions isn't enough yet :)

noname2200 posted something on SvennoJ's wall: 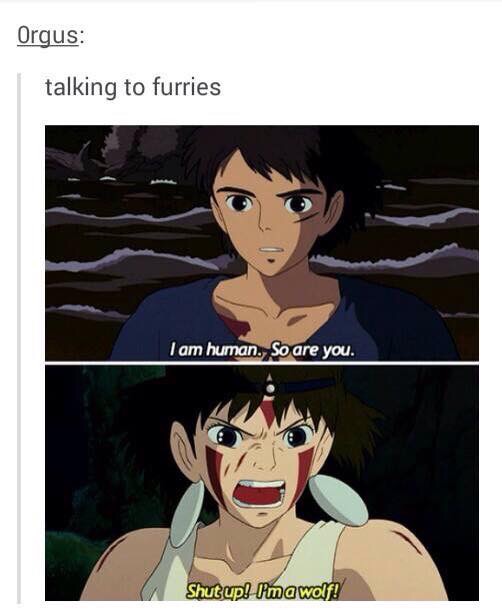 Is there a way to see secret doors in levels? No way you could have found those just by jumping around.

SvennoJ has 49 friends (view all)