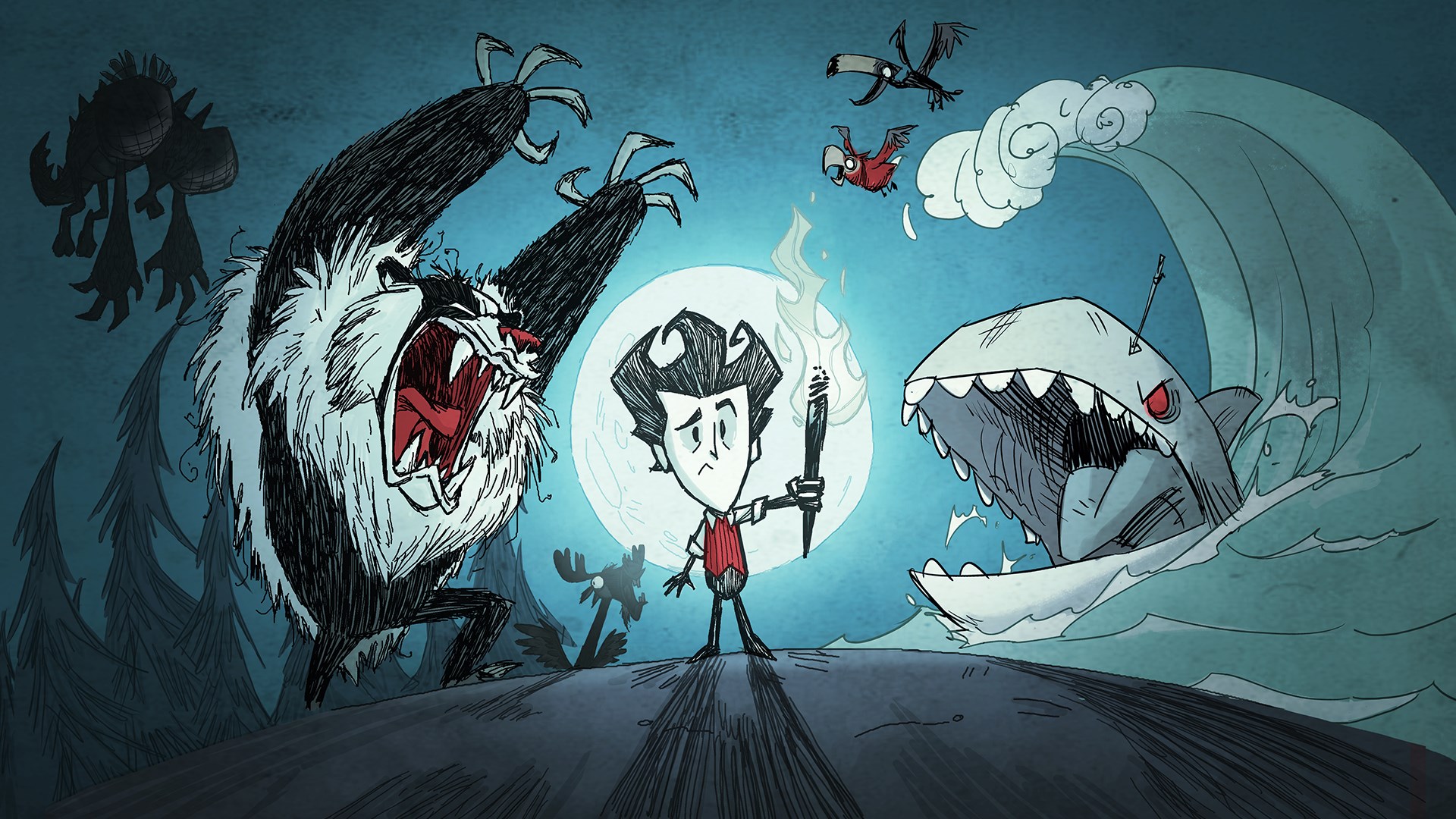 Don't Starve is a game I regularly come back to, as it can be played endlessly. In the game you are thrown on a hostile island and have to gather stuff and build tools to survive. Each time you die the playthrough is over and you have to start completely new. But that is much less frustrating as it sounds, as you learned something new in your playthrough, about the dangers you are facing. In the beginning you just don't know that much, what the game will throw at you.

Each playthrough is recorded with the number of days you survived and the cause of death, of which there are numerous. On death the game counts your success so far and unlocks new characters accordingly. You start out with Wilson, the crazy scientist, but other characters are added. Each character has some unique quirk about it, that give your playthrough a little spin and keep things fresh. 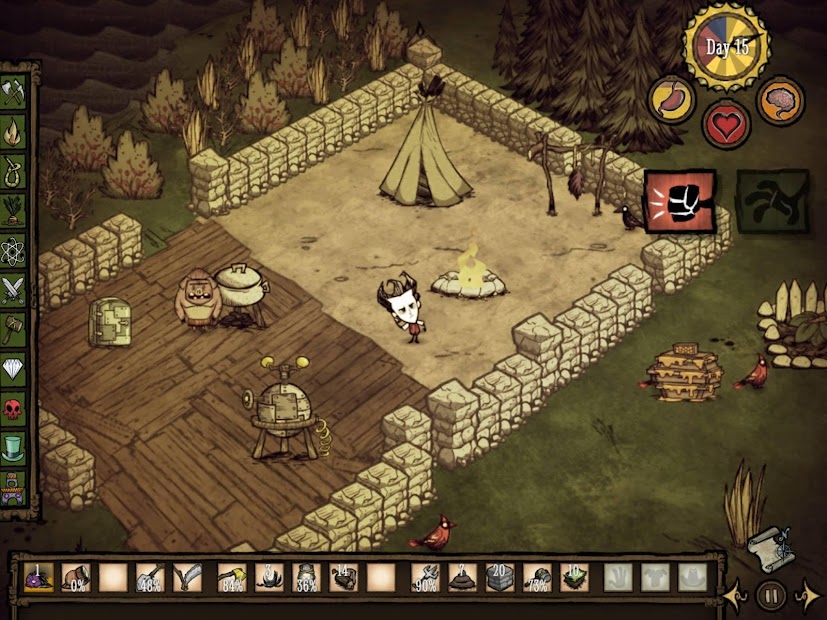 The game doesn't give you much instruction. The first is already the name of the game: don't starve. You have to find things to eat before your character dies of hunger. The second is given on the start of the playthrough: prepare for the night. As the night will be full of dangers and you should have light. The third is given through a ping, whenever you gathered enough resources to build something new, so you know to open your craft menu and look what you can get. It will be a while until you start to build such fortresses as in the image above though.

On each playthrough the lands are generated randomly, so you don't know where to expect certain things. But you know what to expect, as certain resources and critters are keyed to certain biomes, of which all will be present in a game. You can also go and tweak the parameters to the random generation and generate the island to your liking. You can make things easier by placing more resources and shorten the night, or you can create massives challenges by placing only few resources and have long nights.

But this game isn't just a hard as bones survival game, everything in Don't Stave is a little different, it's quirky and crazy. Starting with the art style, which is very unique, in a way looking like a pop-up book. There are normal things, but everythign seems a bit off.

The interesting thing is in exploring all the games mechanics and the crazy things in there. Everything is a bit different. Also your characters comment certain things (and each one different), which is often fun. Even death is interesting, if you die each time in interesting and new ways. 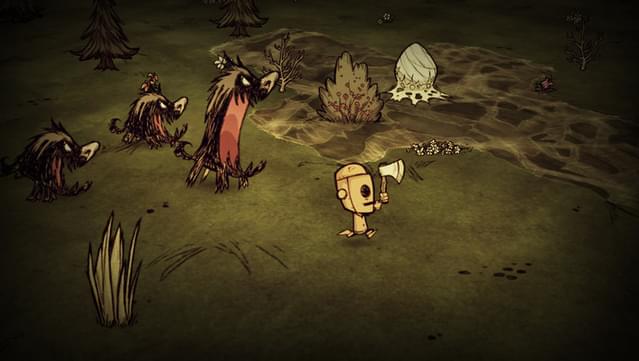 This game added a lot of additional content over time, with expansions like reign of Giants, Shipwrecked, Don't Starve Together (multiplayer) and so on, content which is also included in many newer versions. For instance the WiiU version I played first already included Reign of Giants, the Switch-version also Shipwrecked. But these are only the versions I played, this game is available pretty much everywhere.