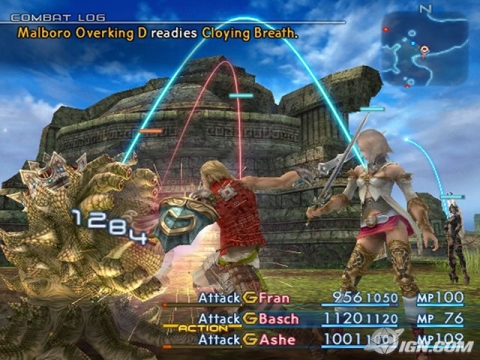 With this game they completely nailed the worldbuilding and world design of Ivalice, every town has its own story/lore and the wild areas have a lot to explore and secrets to find; also, the attention to detail in both towns and fields is amazing, for example, you'll see monsters that are natural enemies fighting each other or hunters battling monsters, and the towns feel truly alive. Another one of my favorite things about FFXII is the political tone the story has for most of the game. The cast of characters in this game is truly underrated, all of them have their own background/motivations and are likeable (well, maybe excepting Penelo), in fact, Balthier is my favorite character from any Final Fantasy game. The amount of side content this game has is a lot, the highlight being the hunts, which involve some really challenging boss battles. The battle system is like a real-time variation of the ATB system and it's pretty dynamic, allowing you to switch the character you control at any moment. Also, the voice acting and dialogue direction are top notch (both being huge improvements over FFX), and the soundtrack is really underrated.

A Link Between Worlds provides a fully-open 2D Zelda experience, just like the first game in the series, which means you can clear the dungeons in any order you want, though this freedom depends on which items you rent/buy from the items shop (but the game does not tell you in which order to rent/buy items or anything like that); this rental system has received some criticism because, in a way, it limits freedom and makes you grind for rupees, but I personally don't mind it and I like it that it makes rupees actually useful (plus, it's not exactly hard to find rupees in this game). ALBW's overworld is simply excellent, one of my favorites in the series, it's very cleverly designed and it has a lot of secret places and content to find which help to give the game a fantastic sense of discovery. Just like in ALTTP, the addition of a "Dark World" (Lorule) gives the overworld even more depth. The puzzles in the dungeons and the overworld are overall very clever, especially some of the ones involving the wall-merging mechanic. This game's past-paced gameplay flow is another thing I like a lot about it, it's simply a pleasure to play ALBW. The epitome of classic Final Fantasy, FFIX has a lot of charm and so many story moments I'll never forget, from the beginning to the incredible ending, which is one of my favorites in gaming. The colorful cast of characters is greatly fleshed out, super likeable, memorable, and they have amazing chemistry. Vivi is easily one of my favorite characters in gaming and Garnet is one of my favorite female characters ever. The relationship between the main protagonist, Zidane Tribal, and princess Garnet, and the way it evolves into a beautiful romance, is one of the highlights of the story. Another thing that I love about this game are the Active Time Events (a feature that sadly has not been used again in any other FF game), which are little optional events that help to give more insight into the characters' backgrounds, their development, and the game's world. The amount of content this game has is another one of its highlights, I spent so many hours doing side activities, for example, trying to get all the chocographs (which give the approximate location of different treasure chests) and the treasures you can find with those chocographs. Of course, the game's OST is wonderful. 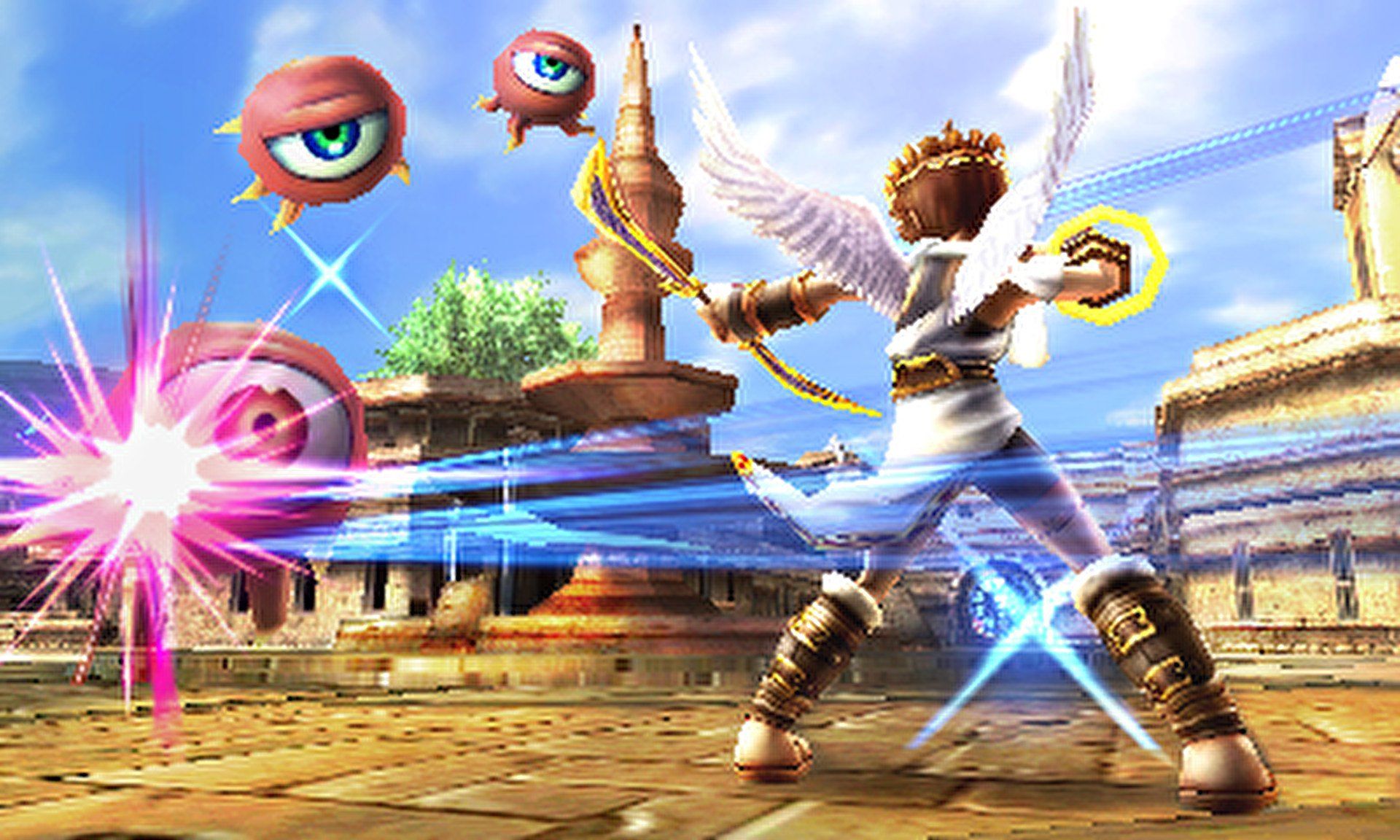 Kid Icarus: Uprising's controls are divisive, but I'm certainly among the people who enjoy them, I just adore this game's gameplay (even though I'm left-handed, so I struggle with higher difficulties), it's exhilarating, fast paced and addicting. Both the air-based sections and the on-foot sections are highly enjoyable to me. Another thing that I love about this game is how each weapon feels very different to play and choosing the right weapon can be critical to clear a level + the weapon fusion system is incredibly deep. The difficulty system in this game is very well designed: you are free to choose the difficulty you want before starting a level (at the cost of hearts, which are like the game's currency) but choosing super easy difficulties results in very few rewards. The gameplay is not the only great thing about KIU: the story is actually pretty engaging and the characters are charming and charismatic, their dialogues are well written and I like it how some of them can be very funny (the voice acting is top notch). The soundtrack is amazing and the visuals are incredibly good for a 3DS game. While the game is not fully open world, the sense of being in a grand adventure and wonder that it gives you is truly something else, mainly thanks to its main concept, which is exploring different islands in a huge ocean. This game got one of the most charming and memorable stories in the series, and the characters you'll find during your travels are all endearing and likeable. Also, this game has my favorite incarnation of Ganondorf. Another aspect that I love about The Wind Waker are the sidequests, especially the NPC-related ones, as they help to make you feel more attached to the game's world and its inhabitants. The islands themselves have a good amount of content in them (though some of them can be too similar to each other *cough* the eye reefs *cough*) and exploring is overall rewarding. Visually, this is one of the most gorgeous games I've played and the original Gamecube version has aged like fine wine. Also, the soundtrack is one of the best in a series filled with amazing soundtracks.