It's not only Sony...Geoff Keighley is also skipping E3 , first time in 25 years

Forums - Gaming Discussion - It's not only Sony...Geoff Keighley is also skipping E3 , first time in 25 years

I assume someone else will be at the door handing out Doritos and whatever energy drink was in DS?

I haven't seen one event where I thought Geoff Keighley's presence made it better.  Instead my reaction is normally, "dammit not this guy again".

Well it seems things are getting worse for E3. 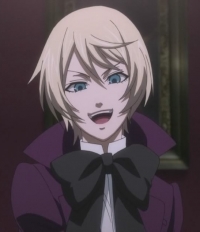 To those who think this doesn't matter, think again. Even if you dislike Keighley, he still has connections and a degree of influence in the gaming industry. He had been working for years and years to keep E3 alive and relevant. Why would he distance himself from it unless he sees it as a sinking ship? If you're concerned in any way about E3's future, this should concern you at least a bit.

How exactly has the Dorito Pope been “working for years and years” to keep it alive and relevant? Hasn’t he leaked various things in the past? I know I remember he leaked stuff about Scorpio before MS’s E3 presentation. How is that making E3 relevant? Seems like that’s the opposite.

I watch E3 every year and didn’t even know he had some special E3 production. This could be something as trivial as not wanting to conflict with his own gaming event. Or maybe Sony even snagged him for the PS5 event. There’s also rumors that they’re making E3 a lot more focused on influencers and celebrities and maybe he just feels like he wouldn’t generate enough buzz.

Bizarre that before he announced he wasn’t going, no one gave a shit about Dorito Pope at E3. Now he’s not going and he’s been the mastermind behind E3 for years and it will crumble without him 😆 He's a fantastic host, has good stage presence and is easy to understand for me as a non native English speaker.

25 years of working on E3 ain't something you can just downplay.

Your mocking image of past Keighley is not relevant enough for it to have some weight in your comment,but i get that you dislike him.

He is a pretty important guy because of his connections in the gaming industry and ofcourse E3 wont crumble without him,it can be a multitude of things if that happens.

Uh, you said yourself it’s a meme, it doesn’t discredit him. He agreed to that Doritos nonsense.

Also are you interpreting “he worked for years to keep E3 alive and relevant” as simply “he covered E3 and did his job as a journalist”? Because I took it to mean something more than simply covering E3. So no, no one is trying to downplay his 25 years of working E3. But tons of journalists cover E3 every year. The post made it seem as if Dorito Pope did something special to really keep E3 going.

I hope it makes e3 learn some lessons to bring back the industry together in a better shape next year. I want e3 to get over it and comeback as the true and only worldwide gaming event of the year as it's supposed to be.