Yeah it looked like the ideal technology for monitors, for sure. Fast refresh, low input lag and native contrast 30,000:1+, with no screen burn in. I was looking forward to see more, but alas it turned to vaporware.

The only thing I hope for now is MicroLED displays, which won't come cheap.

Even if a 480p console had a digital output, the games are still gonna look bad on a HD screen due to low resolution. I was playing with Halo Reach's resolution settings on PC, I can assure 480p looks terrible. But fine you want a OG Xbox flavor.

I've played games varying from 720p to 4K on large screens (60-70"). I still say the disparity there isn't as big as 480p to 720p. Not all games running 720p is equal of course, AA has become so advanced that 720p experiences can look surprisingly good. While others can be more muddy or pixelated.

480p looks okay on a small screen like the Wii U tablet and sometimes Switch games are doing that resolution. Vita was often doing 480p or lower in demanding games. Even 240p has been acceptable on the tiny 3DS screen.

From what I've seen component is capable of 1080p, not just 1080i. I think this depends on the television, older TVs might be limited to 1080i. From my experience and what I've read, component can be at par with HDMI.

Isn't performance optimization up to the developers and not the console itself?

Largely, yes. Hence why we need to pay very close attention to how Xbox One X games run on Scarlett. Any hint of dynamic scaling down to 1440P and frame drops and it's a sign Scarlett is underpowered out the gate.

Nothing currently available should in any way be taxing to Scarlett. Even unoptimized, Scarlett should be able brute force titles like X1X RDR2 without breaking a sweat.

The OG Xbox has nothing to do with it. Again. Many Switch games operate at 480P and look fine. (All things considered.)

The Witcher 3 for example will drop under 480P (810x456 to be exact) on Switch. Still an impressive looking title in handheld mode on mobile hardware.
https://www.eurogamer.net/articles/digitalfoundry-2019-the-witcher-3-switch-tech-analysis

And Doom can drop to 432P on Switch, still a good looking game on portable.

And Zelda will drop to as low as 360P in areas, still looks absolutely amazing.
https://www.eurogamer.net/articles/digitalfoundry-2018-switch-mobile-mode-analysed-in-unprecedented-detail

The WiiU with Breath of the Wild, the game looks great on the 480P tablet or on the TV at 720P.

Now... Again, you probably didn't read my last post in it's entirety, especially that part about LCD panels and native resolutions and all that... And AGAIN 480P can look okay, depending on display technology, display size and the distance you are from said display.
Digital Foundry's CRT analysis, give it a watch.

There is a difference between 720P and 4k on my Display and the distance I sit from said display.
Shit. I notice a massive difference on my 1440P computer monitor between 720P and 1440P, it's a massive jump... And not only is it literally a larger jump (4x pixel increase) but the perceived difference in sharpness is much larger too on my panel. 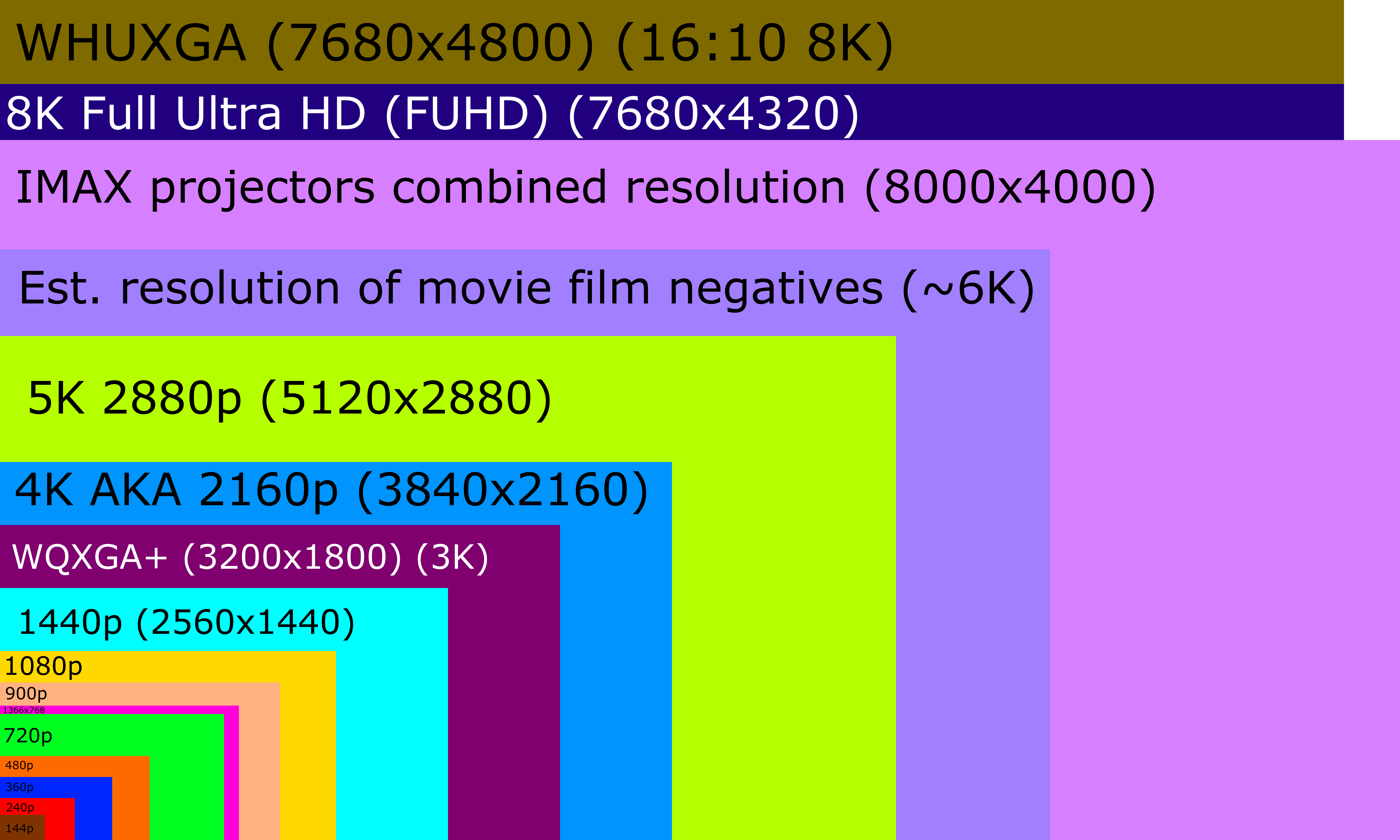 Now you are starting to get it.

It's 16:7.
https://www.calculatorsoup.com/calculators/math/ratios.php
It is Anamorphic to get it to 16:9 or Black Bars. (Never played it on Gamecube.)

The thing with progressive scan is that it displays all the scanlines at the timetime, which is in stark contrast to interlaced which will only display odd or even scanlines.

Just in the modern era, if you are using something like 480P it is assumed it's in a 16:9 aspect ratio or some such.

Depends on the component cable and the output device in question. (I.E. Gamecube will only push out 480P via Component as it's RGB)
https://en.everybodywiki.com/List_of_GameCube_games_with_alternate_display_modes

Y/Pb/Pr component video will do 1920x1080 resolutions and progressive scan.

It helps if MS gives them the specs to achieve 60 fps with relative ease.

I think its safe to assume more X1X and Pro games would offer 60 fps if the CPU wasn't so limited.

I disagree with this theory. X1 and PS4 have been fine this gen even if arguably underpowered.

But if Scarlett and/or PS5 can run RDR2 at 4K/60 fps with current console graphics, great. I might be wrong but I get the impression MS is planning to have the most powerful hardware. Unless Sony surprises them.

I'm not really sure what your point about modern gaming on CRT monitors is. I agree games look good on them but they're also a much higher resolution than 480p CRT TVs. If they were playing those same games at say... 480p, it would look bad.

I actually played a lot of PS3 and 360 on a 480p CRT TV, games probably looked better due to the higher native resolution. But small text was mud. I imagine playing 7th/8th gen RTS games on a 480p display could be difficult as well, I've already had trouble distinguishing units at 720p unless I zoom in.

You're missing the point. I know there is a big difference between 720p, 1080 or 1440p on a HD/4K TV or PC monitor. I'm really saying 720p looks okay even on a large 4K screen. In many modern PC games, 720p is a functional resolution that's still somewhat sharp and reading text shouldn't be an issue. Many modern games in 480p, it just turns into a mess.

And still wouldn't look better than Horizon, Spider-Man, TLOU2 or God of War on PS4Pro being 30% weaker.

Doubling the fps will take away from what is possible on IQ, be it resolution, effects or anything else.

Would that basically generate the same processing power need (since you are trading half the lines for double the refresh rate)? And the quality of the image would be much worsened? And if that half lines used the technique of temporal holding the old line so it refreshes half the lines but keep the older one for another frame?