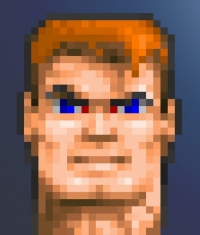 16GB. Technically, you only need 8GB of RAM (+4GB VRAM) to play any modern game on a PC, and that's with the resource heavy OS. 4k res (+ some AA) would require a bit more than 4GB of VRAM, therefore they're most likely throw another 4 gigs on the top of it. Most likely 16GB. Samsung is already shipping their 16Gb (small 'b') GDDR6 chips to NVIDIA now for the GeForce RTX cards. These are doubled in capacity from 8Gb chips used in the PS4 and Xbox One. So, for PS5, Sony could use the same amount of chips as they are now, but just 16Gb GDDR6 ones, for a doubling of both memory bandwidth and capacity. This wouldn't even increase costs - the 16Gb chips have a premium now since GDDR6 itself is new, but that premium will be gone before PS5 arrives.

However, ONLY getting double the memory bandwidth on a 256-bit bus is kind of the absolute bare minimum Sony should do. They should really move to 16Gb GDDR6 chips AND a 384-bit bus, ala Xbox One X, which would bring the total to 24GB of memory. That would also bring the system to 672GB/sec of bandwidth using the bargain-basement 14Gbps GDDR6 speed. Yes, I said bargain-basement - it may be state-of-the-art right now in the GeForce RTX series, but 14Gbps is the minimum GDDR6 official speed. By 2020 when PS5 releases, NVIDIA and AMD will be on 18 and 20Gbps, and the 14Gbps will be used for the budget cards.

Depends on time of release. I'd guess some 17 to 18 GB, with 1-2GB dedicated to system functions and background tasks.

A later release could lead to 33-36GB with 1-3GB reserved for system operations. I don't expect this gen to go on as long as the last. They can fit 8gb RAM in a mobile phone

They should go with 64, but I'm still trying to convice Sony on that.
They want 32 right now, but I'll keep trying. It's going to be 32GB using clamshell mode. Same number of chips of the original PS4 (16), 8 on each sides of the motherboard.

Last edited by AngryLittleAlchemist - on 15 October 2018