Is the Scorpio next gen?

Forums - Microsoft Discussion - Is the Scorpio next gen?

Let's get to the meat and potatos, and cut the bs.

It can run games at native 4k, while the Xbone is 900p in most cases (skipping 1080p, 2k, better than 2k but not 4k checkerboarding, and going straight to 4k), while Wii U to Switch IS a gen change going from 700p to 900p. This is a vastly bigger leap for Microsoft in every possible way. Even doing this, Digital Foundry says a lot of the simpler games running at native 4k may even have overhead for better effects. So where do you stand. a console being the weakest of the two jumping ahead of its competition and its mid gen upgrade, will it need an xbone2 in a year or two, or more like several?

No new games = not next gen. Plus MS themselves don't call it a next generation console so its silly to call it that. It won't be the base hardware that all games on the platform are built around, that will be the Xbox One. 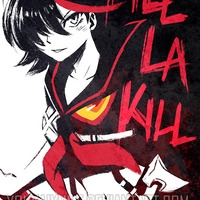 No because old CPU.


It is clear that this is as he says at 7:20 "Scorpio is a mid-gen refresh" and then he goes on to talk about how the already existing software informed them of bottlenecks which they fixed in the hardware design. So, no, not "next-gen" just meant to be the definitive current-gen experience for multiplatform games.

Also - I'm not counting VR games.
Those will be "exclusive" to Scorpio because the Xbox one S couldn't hack it.