Are the "PC Master Race" days over?

Forums - PC Discussion - Are the "PC Master Race" days over? We all have that one pesky friend that keeps reminding us just how great PC gaming is, with its finer visuals, larger, more populated servers and amazing deals via Steam, whereas playing on consoles is largely regarded as inferior or irrelevant. This debacle, however, may be starting to shift, and owning a PS4 or an Xbox One may just be the best way to experience gaming from now on.

Used to be a PC gamer, bought the best parts and spent so much money. Guess as i got older i never needed graphics to enjoy a computer game. I'm one of those people who believes if you do not buy the best parts for PC gaming, then there's no point.

People who only consider one of the two platforms will always be on the losing side.

I don't think so. The prerequisite for the belief that the PC Master Race is done for is that the games that run better on consoles are good in any form. Most people won't accept that belief. 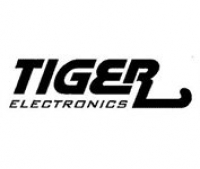 did they saw all the PC games that came out this year ? we saw with cities skyline the best sin since the 90s, and pillars was the best d&drpg since baldurs gate2...

If anything it is more true than ever. Both consoles lost exclusives to PC so frequently that the term "console-exclusive" has become more of a thing than it has ever been. More people are demanding their games be exactly how they want them technically, whether that is graphically pleasant or maximum performance. Entry level PC gaming is almost half the up-front cost that it was at the start of the 7th Generation, with much more to offer in terms of game sale via Steam and GOG. With kick-starter projects, great games like Pillars of Eternity are becoming popular PC exclusives, and free-to-play games like Path of Exile are actually great experiences. Consoles might be getting a lot of PC only features, but they are still not as versatile in said features. Video recording and editing as well as streaming services are just much more diverse and give you many more options on PC. Regardless of the state of console gaming, PC gaming has been the best it ever has in terms of features, content, price, and value. Arguably I'd say there were better exclusive content in the early to mid 2000's, but when all you care about are games and having the best experiences with said games, why does exclusivity matter so much? It all depends on personal preference. Both platforms ( PC & Consoles ) have their advantages and disadvantages. Neither is a "master race" because neither is better than the other. Therefore we can all live in peace ounce and for all

I disagree. I have a mid-end machine. My GPU is better than the PS4's but definitely not top of the line - an r9 280x. I value having options more than anything else. If I want to record high-quality 1080p 60fps video, I can because I have my fast SSD with high write speeds. If I want to play a game at 900p 60fps or 1080p unlocked fps I can or 1440p 30fps I also can. If want to mod my Skyrim or Fallout to my hearts content, with no limitations, I can. If I want to play my old games and my new games - heck even console games through emulators (such as Dolphin or PCSX2) I can. PC is more about having more options than having top of the line hardware, in my opinion and I think most PC gamers agree with this sentiment. Open platforms just appeal to me much more than closed platforms when it comes to personalizing my experience.

Honestly with a PS4... I could easily live without gameing on a PC.

I mainly game on PC for the mmos because its my favorite genre and if you love them then PC is just the place to be. Consoles have come so for though and I cant ignore what they are delivering.