Nintendo Should Go On A Buying Spree of Companies! But Which?

Forums - Nintendo Discussion - Nintendo Should Go On A Buying Spree of Companies! But Which?

Who Should Nintendo Buy? Obviously, Nintendo lacks third party support on both the Wii U and 3ds. If Nintendo has around $11 billion in cash reserves why dont they go on a buying spree or just the aquisition of companies's IP's. There are so many companies they can buy, western and eastern. Ubisoft as a whole is only worth $1.34 billion. Square Enix is worth around $2 billion. Konami is worth around $3.5 billion. Capcom is worth around $1.2 billion. Take Two Interactive is worth only $2.05 billion. If Nintendo bought all of these companies I listed they would still have a billion dollars left (I am not saying they should buy all these but I am showing that they have enough to acquire at least two of these companies). Even Valve is only around $3 billion. (It is rumored to be worth more than EA GAMES which is at around $3 billion as well which is weird since Electroic Arts is worth $8-9 billion)

Imagine if Nintendo were to acquire Capcom or Konami or Square Enix and Ubisoft or Take Two Interactive or even Valve. In my opinion Nintendo should acquire Square Enix and/or Capcom along with Ubisoft and Take Two interactive. That would come up to a total of approximately $4.6-6.6 billion. They do not even need to acquire all of the company but just enough to gain exclusives and extra features. Nintendo is missing huge oppurtunities by not buying third party companies.

Who do you think Nintendo should buy?

I think some of the studios you mentioned are too big and costly for Nintendo to manage, and they'd probably be better off on their own. Smaller studios like Level-5, Next Level Games, and Platinum Games might make more sense. Big impact would be S-E or T2. Square would give them a stranglehold on the Japanese market, encouraging all Japanese 3rd parties to support them. They also have a very significant back catalogue, and several western devs to boot. T2 would provide that massive and influential western IP that would move systems.

If they didn't go the big name route, they should buy or contract a series of smaller devs to make core games. Big Red Button, Rocksteady, Crytek UK, Edge of Reality, Slightly Mad Studios, Mistwalker, Platinum Games, Comcept, etc. could all be purchased for less than a big publisher and could make new IP's in genres like shooters or racers or adventure titles, and could be given their own unique publishing brand like Nintendo Worldwide Studios. Studios like that could give Nintendo fresh game concepts and massively increased game production capacity, making them virtually independent of third parties for content. 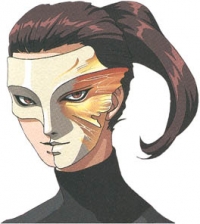 Buying a company is usually a bit more involved, and expensive, than that, and a big part of why they keep that war chest is precisely to deter anyone from trying to buy them. That said, it's fun to engage in fan wankery every time and again, so I vote they start up a few new studios instead. There'll be growing pains, but buyouts often lead to talent bleeding away.

Sega and/or Capcom. Konami is more than just a game dev. So the price you have listed is larger than the game company would be priced (I think). I don't see much value in Konami though, albeit MGS is awesome and snake would be a cool hardcore mascot for Nintendo.

Capcom would give Street Fighter, Monster Hunter and Resident evil. Sega would bring Atlus, sonic, phantasy star, skies of arkadia, crazy taxi, jet set radio and so on. Sega is more niche than Capcom really, but the library is wider. Choosing between them is hard. I honestly think Nintendo should buy one of them though, their game output is clearly lacking, and the games doesn't cover all generes.

According to this they have 4.9b in cash reserves.

Wooo go Konami, raking in all that arcade money =D I remember reading something about Nintendo trying to buy Bandai many years ago, but that was apparently blocked by some government intervention. Could be wrong. But if i remember correctly, this means you can't go around buying companies just because you have the money. At least not in Japan.

But buying Bandai-Namco would probably be their best bet. Then they not only acquire meaningful ip's but also a stronger foothold into the anime and toy industry. They'll have an easier time diversifying, in which they seem to have a need to. But then again, maybe it's not a good idea.