i really want to get this game...but damn i suck

sure i am game, almost to prestige level 1. love the online . played for 4 hrs tonight :)
i only play with the gamepad for black ops 2. I have BLOPS2 on Wii U, my first COD game. Only got about 5 missions into the campaign before I decided I hated and won't be returning to it. Was pleasantly surprised to find I enjoy the online multiplayer. Otherwise, I identify strongly with the following statements made by others:

"my skills are terrible. I expect to be good in time. I would be up for games."
"I'd be down for some VGChartz matches."
"I use Wiimote exclusively. No way I'm going back to dual analog so long a Wiimote + Nunchuk is an option."
"damn i suck"

It's been several days since I've taken the time to play an online match. I've never seen more than about 1,000 players online here (Japan), but have never had trouble connecting to a TDM game. I would definitely be interested in VGChartz matches, but a bit worried about what the network lag might be like for me. It would be fun to give it a shot, though.

Well I play COD BO 2 hard on the wii-U. I play with Gamepad.

You can see my COD TV recordings sitting on 15,20,30 kills with 1,200 headshot achievement lol. All through Team Deathmatch. When I will get it be sure I'll post over here. I'll be glad to play with you guys ^__^

If I do decide to get this I'd be up for it.

How is the multiplayer?

Im thinkin bout getting it

I have it. Multi-player is awesome like always. I got it with my Wii U but I haven't played online as much as I'd like. Truth be told, I seriously considering trading it in for the 360 version. Wii U version doesn't support 3D, doesn't have the Nuke Town map, and is severely low on players. Every mode should have people ready to jump in and that just isn't the case. Only Team Death Match guarantees a quick match up.

The Wii U version is technically the one to go with since it features some pretty sweet bells and whistles but it stumbles where it really counts--the community. I'll play with ya but it will have to be on Monday-Wednesday. Those are my days off. 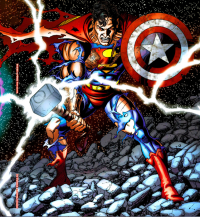 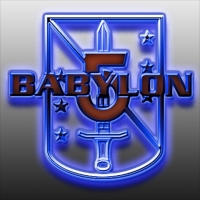