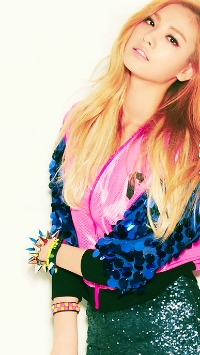 hype for me usually builds around smaller games that I really know I'm going to love for one reason or another.

1. Atelier Meruru (loved the first 2)
2. Valkyria Chronicles (completely sold after trying the demo)
3. Dark Souls (loved Demon's Souls)
4. Journey (huge fan of Flower)
5. Resonance of Fate (Sega had just impressed me with VC so I was excited to get another RPG produced by them) First time I played Oblivion I hated it. A friend of mine gave me some good advice by telling me to mostly ignore the main quest and do what I want to do. Following his advice made me fall in love with oblivion. Some cool mods helped as well. That advice holds true to today. Skyrim's campaign isn't the best. The combat is rather mediocre. What sets this game apart is the scale of it. Exploring the world, joining guilds, doing side quests. That is what made the game great.

My first experience with online shooters was Halo 2. So understandbly I was very hyped for Halo 3. Considering it is one of two games I've probably spent over 1000 hours playing, it exceeded my high expectations.

Huge dissappointment. For the first few weeks I couldn't even stay connected reliably. Everyone who I played it with quickly grew tired of it.

A very good game, but somewhat disappointing. The trailers for this game is what made me buy a playstation 3. The quicktime events, and average combat ruined it for me. Then again I was spoiled by bayonetta shortly prior to playing this. Had I not, I would have probably overlooked most of GoW's shortcomings.

I love messing around with level editors. And that aspect of the game was awsome. This game also heavily influenced me into buying a playstation 3. Sadly the actual platforming in this game was a complete mess. Very dissappointing.

Skyward Sword.
Even more than Twilight Princess. Both delivered to me. Bioshock, Marvel vs. Capcom 3 and Street Fighter 4 for me.

For me being personally hyped? I would have to say Ratchet and Clank: Future Tools of Destruction. It was pretty much the reason I bought a PS3 so early and it was the top thing on my Christmas list the year it came out. I ended up liking ACiT better (favorite game this gen) but the first HD Ratchet got me into this gen and didn't disappoint one bit.

Runner up would be God of War 3 because I got hyped the minute I finished 2.  Talk about the biggest freaking cliffhanger ever!  2 is still my favorite but 3 definitely delivered on every bit of the scale it promised.  That's what I loved about this gen.  I was very rarely disappointed in a game when I got hyped.  The only ones that really disappointed me at all were the HD versions of ICO and Doom 3 since I had never tried them before, but hey at least I got Doom 1 and 2 and Shadow of the Colossus (which I had also never played but absolutely loved!) with those so still not bad.  I've developed a keen eye for a stinker and don't get hyped for bad games like All4One which I could tell from the first teaser was going to be horrid.