And the retro cocoa purists, who hate everybody. 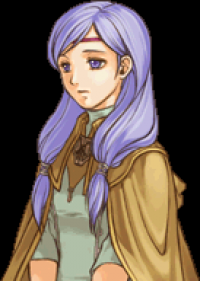 If there are less xbox posters than ps3 posters, then wouldn't they logically have less trolls as there aren't as many of them?

Careful with that chocolate boys, ponder over Forest Gumps words, will ye?


Deep into the darkness pearing

Long i stood there

I think it comes down to what is happening for each of the consoles ...

Nintendo fans are almost never on the defensive because the Wii and the Nintendo DS are selling amazingly well, their most anticipated games are released and (at worst) come close to their expectations, and Nintendo is executing a well thought out plan without any (real) problems.

Microsoft fans are in a fairly good position as well, the system has problems with hardware and sales but (for the most part) the 360 ends up having an equal ammount of good news (good reviews, multiplatform games, million selling games).

Sony can't do anything right, they make a move in the right direction (price cut) by doing something negative (remove backwards compatibility) and often look disorganized or dishonest because of things they have previously said. Because of how well the PS2 and Playstation sold a large portion of the good news for the XBox 360 and Wii (like multiplatform or exclusive games) is indirectly bad news for the PS3 (because these games were PS2 exclusive).

I'm a fanboy but I'm not going to yell or go overboard against somebody. I've never called someone a name or have done anything like that, it's for the birds.

I was generalizing...which was a mistake because the thread is specifically of this site xD  sorry :

^^no prob, just a misunderstanding

@thread starter(sorry cant remember your name):
No offence but what where you personally hopeing to get out of this?

Sony fans are polite when people don't troll them, like Soriku does with his FFXIII and MGS4 threads over and over again.

Legend11 is awesome and I don't even like Microsoft. But Legend11 is an excellent user, I just wish there were more like him around.