Whoops, I was going by the monthly numbers for July on the charts. Should've checked the preview. 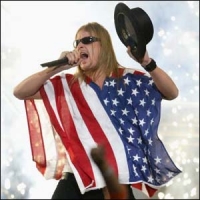 
It was even worse than most analysts were forecasting. Software sales dropped 26% as total industry sales fell nearly 30%. The bright spots: Wii Sports Resort and NCAA Football 10.


We're starting to miss the good ol' days of 2008. Yet another month has passed and sales were way down again, as NPD has reported total video game industry sales in July of $848.9 million (down 29%), marking the fifth consecutive month of decline. Software sales were down 26% to $436.99 million while hardware sales plummeted 37% to $280.94 million. Accessories were down 12% to $130.97 million. Consequently, year-to-date total industry sales are tracking behind by 14% at $8.16 billion.

It's going to be tough for 2009 numbers to match or top 2008 at this point, but it's not impossible and there are some encouraging signs. "In order for the industry to come in flat or slightly up for the total year, the back five months of the year have to come in 11% (or more) higher than the last five months of last year," commented NPD analyst Anita Frazier. “While year-to-date results are weak, there are some big titles set to be released over the next several months, including Madden this month, which should help spur sales. The worst comps should be behind us, and looking beyond August we have The Beatles: Rock Band, Halo 3: ODST, and of course, Call of Duty: Modern Warfare 2 to look forward to."

Hardware was once again dominated by Nintendo, but not so much the Wii as the DS, which has benefited of late from the new DSi model. Total DS sales came to 538.9K units for the month, while the Wii (which clearly could use a price cut at this point) came in at 252.5K. The disparity between Wii sales and Xbox 360/PS3 sales used to be enormous each month, but not anymore. "Hardware sales have slowed considerably on nearly every platform. The Xbox 360 is the only console system showing a unit sales increase year-to-date, while the NDS has the highest sales of all hardware platforms both for the month, and year-to-date," noted Frazier.

Here's how July hardware turned out:

On the software side, the only game to really put up fairly solid numbers was Nintendo's Wii Sports Resort, which sold 508.2K units during July (the game has already sold around 2 million globally). Frazier pointed out that the game has a 2.5% attach rate to the hardware install base. EA Sports' NCAA Football occupied the second and third slots, but EA has admitted on fiscal conference calls that the game has been tracking behind expectations. That said, when combining all SKUs, the football game was the top selling title of the month with combined sales of 689K units across all platforms. The rest of the top 10 was largely filled with older “evergreen” titles for Nintendo platforms (not an uncommon trend this year).

Interestingly, there was no music game to be found in the top 10, and the genre has taken a hit in recent months. "Of all genres, the music/dance genre has suffered the greatest declines this year, with nearly $390 million less revenues than the same time period last year," said Frazier. The genre faces challenges to be sure but we fully expect The Beatles Rock Band and Guitar Hero 5 to help boost sales a great deal.

VGC was good on all hardware apart from Wii, ~60k though, isnt too bad.

There's no Wii version this year.

The 360's consistent performance YOY compared to everyone else is pretty impressive. And this is with really nothing special being released.

Doubt if WSR will make much difference to this months' NPD hardware. It came out too late in the month. May make a difference for August though.