you guys dont look interested in this game it looks awesome

Yeah, it's coming to America. It's exclusive to the PS3, while the Xbox 360 gets the Guilty Gear adventure game. I prefer it that way, because I like the PS3 controller for fighters.

Theres something about it. If Namco created the game it would be far more accurate, because they focus more on fighting styles, rather than everyone adhering to the typical MK style. It will be cool for a second and then get old. 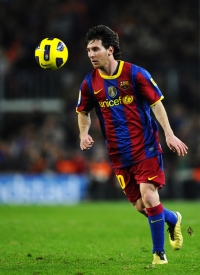 well, i dont know about everybody else, but im pumped!!!

cant wait for a new mortal kombat game!!! especially when u mix it with the dc universe.

We had two bags of grass, seventy-five pellets of mescaline, five sheets of high-powered blotter acid, a salt shaker half full of cocaine, a whole galaxy of multi-colored uppers, downers, screamers, laughers…Also a quart of tequila, a quart of rum, a case of beer, a pint of raw ether and two dozen amyls.  The only thing that really worried me was the ether.  There is nothing in the world more helpless and irresponsible and depraved than a man in the depths of an ether binge. –Raoul Duke

I'm pumped about this game. I've liked most MK games so far so adding DC into the mix should be really entertaining. Dude how the hell did you get your hands on Tekken 6 I did not even know it was out anywhere.

I thgought this was exclusive to the PS3? A damn good one too, lucky sods?

(This is the ms forum)

So I'm not not really pumped about it BUT I will be trying to see if it's any good.

I really liked how as the match goes on their clothes/costumes get all cut and bloodied.