I was like “what’s the point?” until I saw that there were Sega CD games on this thing. I hope they can get Lunar and Vay for this,

The Genesis I own is not in great shape, so I am always looking to repurchase the games I like on something more modern. But I actually skipped the first Genesis mini because everything that I really cared about on it I already have between the Wii VC or the Sega Genesis Classics collection. Other titles it included like Castlevania and Contra I have in their respective collections already and Castle of Illusion I have on my PS3 when they offered it along with that lame remake. So, Thunder Force 3 was the only thing that I wanted that I only have on cartridge, and I do have the "arcade" version of that with the Sega Ages release (although it's a bit different).

For the Mini 2 to interest me, it's going to have to have some of the more obscure titles I want that aren't available elsewhere - things like Mystic Defender, Gaiares, Ghostbusters, Batman, Target Earth and the Genesis version of Valis 3. Offering Sega CD games doesn't interest me much either, unless maybe they include Snatcher since I never played that and always wanted to.

So I will remain skeptically optimistic regarding the 50 game lineup for the Mini 2.

Now I am interested. If it gets a US release I'm in.

I made a spreadsheet of what Genesis/Megadrive games have been available on each Genesis mini, and threw in comparisons with Sega Genesis Classics software, and Nintendo Switch Online Genesis Expansion pack for the hell of it.  The AtGames Flashback list is deceptive as around 28 of the games listed are "unofficial games" that AtGames is notorious for using as "filler titles" in its Flashback systems.

Mystic Defender also had an unedited version of the US release where the princess at the end is naked in the game like the Japanese version instead of wearing a dress as she was later, which is surely the version we'll get if they do include that title.

Yeah, the Terminator boss actually remains unchanged in the edited version but the flamethrower soldiers look like Rambo in the original and were then altered: 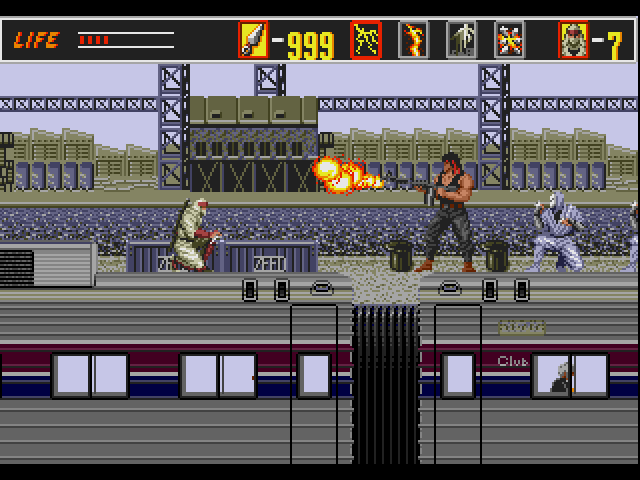 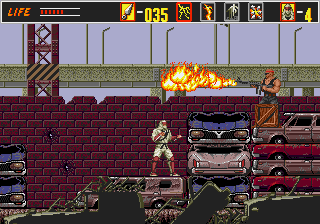 Also, Spider-Man, who Sega had the license to at the time of the original release, had three different versions: a slight color change in the first edit, and then pink for the Wii VC release.

I wish they came with a Master system mini instead, but oh well...

Soooo, you want an SNES Mini 2?

Also, with regard to classic games Nintendo has constantly been improving their subscription service. Games are released every month, don't get removed, glitches are fixed, what is not improved about it?

This system looks cool. I hope they release it outside of Japan soon.

The Japanese version is so much more awesome. Both Lunars, Popful Mail, Sorcerian. I'd also consider buying this if they would load the Genesis version of Starflight on it.