Probably Xbox One. GOTG Titanfall, after all. Series X will probably end up #1.

I wasn't too big a fan of the OG Xbox, I was kind of LTTP to it IIRC, mostly because I was all about PlayStation back then. I mean I had one right around launch just for co-op Halo, but I barely used it until a ways down the line.

The only Xbox console I ever bought, the 360.

I liked NV better than Fallout 3, but by then I had a PS3 and was playing that over the 360.

I have never been so hooked on gaming as I was hooked on the og xbox. That is the pinnacle of my gaming experience. I didn’t even care for Halo 2.

I played so many games on the first Xbox. You have to remember, this was the generation that refined the crappy 3D graphics into something respectable. Xbox was the most powerful system of that new dawn. So I was coming out of N64 and going WTF!! I played the other systems but they didn’t hold a candle to the combo of physics, HD, and open worlds that Xbox delivered. When one of those three things was sacrificed the other two things increased in its place.

Ninja Gaiden Black is the greatest ninja game ever made.

Dead or alive 3 was the greatest fighting game of the generation.

I won’t list every game but I’ll say it was obvious that Microsoft was DUMPING money into it. As shady as that is on a moral level, it brought unbelievable value to me as the consumer.

360.
Bioshock, Halo 3, Mass effect as exclusives at the time. Damn, good times for Xbox. I still think 2007 is the best year for Xbox exclusives, nothing comes close.

The original XBox, though it's not really fair because that's the only one I ever played. I guess if you want to be as objective as possible about it, it should be the 360. Or does it? The original had Star Wars KotOR, aka one of the best games ever made so there's that.

I didn't play much, because I didn't own it, my cousin did, but I liked these games, believe it or not;

Yeah, not really, besides the first one, the games I'd normally go for, but I had fun nonetheless. I also played some of the sequels of Dreamcast games on it, but they weren't the originals. I actually played most of the good games, like say SoulCalibur 2 and LotR The Third Age, on GameCube, which I did own, and the Star Wars games like Jedi Outcast on PC, instead. I was bummed that GameCube didn't get Revenge of the Sith and the Obi-Wan game. 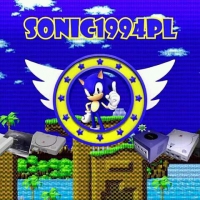 That was damn easy question.
Xbox 360 still shines. I like original Xbox too (for it's black and green theme :D).

360, leeet's gooo !
The first console where I discovered what it felt to hold a controller that is almost perfect, in form, ergonomic and feel.

Otherwise, the library it had in it's early years was incredible due to some of the best 3rd party output of the time.