The Russian ammunition dump explosion in Luhansk Oblast this morning was very much visible from space. https://t.co/tXlf1aPvuN

JUST IN: President Volodymyr Zelenskyy (@ZelenskyyUa) has called Russian forces "scumbag terrorists" in the aftermath of a missile attack on a Kremenchuk shopping center that killed at least 13. pic.twitter.com/dG1PTe0OEk

Zelensky, visibly angry at Russia and voicing frustration with West: “Long before the invasion, we told our partners we needed missile defense systems… The people in the Kremenchuk mall deserved security as much as people in any mall in the world — in Philadelphia or Tel Aviv…”

Hats off, everyone — the Baykar people are absolute masters of positive PR. pic.twitter.com/JXgd8E39yQ

Russian telegram is freaking out right now about how Ukraine was able to strike a Russian soldiers' base deep in Lugansk, located in Perevalsk, Luhansk region.

Pereval's'k, Luhansk Oblast, reports that a Russian base was hit by a strike. pic.twitter.com/wDISkltKqS

Bulgaria expels 70 (!!!) Russian "diplomats" on espionage charges. This is half the Russian diplomatic presence in Bulgaria. https://t.co/vaqgj94Hz5

A few thoughts on the current course of the war. The Russian offensive grinds on in the Donbas. Both sides have made incremental gains, neither is near collapse, but equally, both lack the forces for a major breakthrough. Thread. (Will use some of Nathan's maps) 1/ pic.twitter.com/KEkqwzPFKp

Is Ukraine getting the NASMS air defense system? Sure looks like it, as Ukrainian soldiers are already being trained on it I'm told pic.twitter.com/NDeBrs1PS1

Reporters called into a room for a signature by leaders and foreign mins of Turkey, Sweden, Finland, along with NATO Sec-Gen — we’re being told a memorandum of understanding to support Sweden and Finland’s NATO membership has been signed, but Stoltenberg to hold presser now pic.twitter.com/wJ0fdO512y

Here are the things Turkey got:
• Sweden/Finland will lift its arms embargo
• Both will support Turkey on PKK, stop support to YPG
• They will amend their laws on terrorism
• They will share Intel with each other
• They will extradite terror suspects 1/

HERE IS THE JOINT DECLARATION

• Sweden and Finland confirm that there are no arms embargoes against Turkey. pic.twitter.com/gMa0LgQHJO

Well played by Turkey. Predictable, but well played. Doesn’t matter though; Sweden and Finland joining is more important at this time.

I’m actually sad for the YPG. The Kurds can’t get a break :(

There’s a lot of bullshit that happened in that war. European volunteers that helped them deal with ISIS/Daesh, then having to flee to South America because Turkey and Western governments declared them terrorists.

So I don't have a link as it being reported in live newsfeeds, but looks like Russia have abandoned Snake Island in the face of repeated Ukrainian strikes on the strategic location.

Symbolic victory for Ukraine as the island was one of the first places to fall to the Russian invasion, and the infamous incident with the (now sunken) Moskva being told told go f*** itself. Strategically, I'm not sure how this plays out with the Russian blockade and the practicalities given the islands' vulnerability to Russia's Black Sea Fleet. But still, a notable development in Ukraine's favour.

Note- Russia is saying it is a 'goodwill gesture' to facilitate grain exports and asks that Ukraine demine its costal waters. Errr....what? Everyone with ahlf a brain knows what Russia would immediately do if Ukraine did that. Russia may claim they won't attack Odessa but they've proven repeatedly that you can't take them at their word.

It was strategically important to Russia as it's essentially an unsinkable ship, once the Moskva was destroyed it became even more important, Russia don't want their ships too close to Odessa as Ukraine has the equipment to blow them up, Snake Island can become a replacement for Moskva and they can pack it with various missile systems but it's also a 'ship' that can't move and Ukraine kept bombing the shit out of it.

Not sure if Ukraine will attempt to retake it, I don't know if that is important to Ukraine and Russia would likely bomb it anyway just like Ukraine has been doing but at least with Russia off Snake Island it should theoretically make grain exports a tiny bit easier to achieve but still many other issues with that. 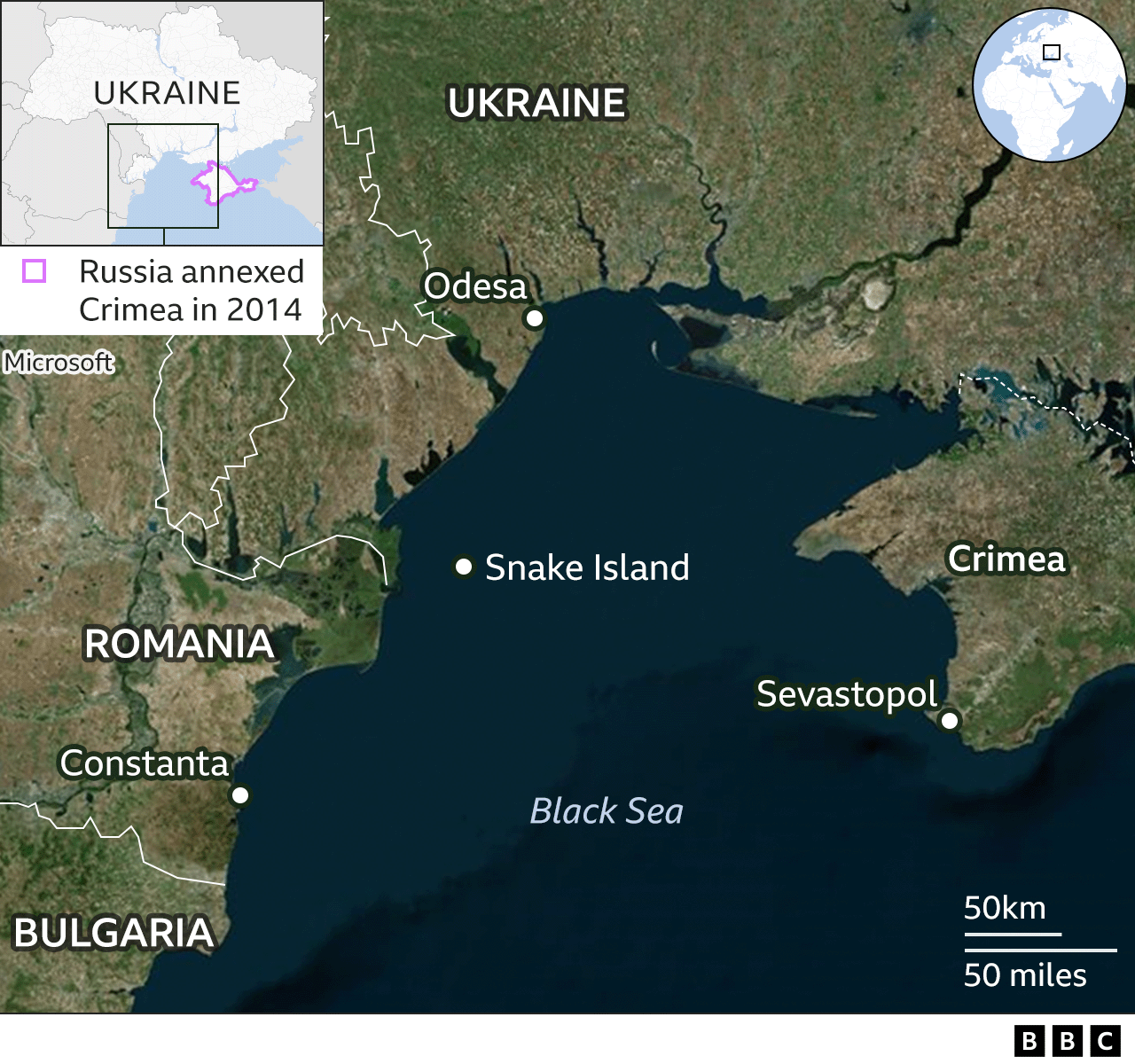