I figured the Chiefs would win by 3 TDs - a FG by the Steelers, but apparently they were too bad to even get a single FG. By the time they started getting TDs, it was over.

The play call for a QB draw was a good one, Dak just ran for too long. Whether they ran that play or a pass play they were basically setting up for 1 or 2 shots into the end zone from around the 30. But Dak took it inside the 25 IIRC and left them too little time. He also handed the ball to his player and not the ref.

Just another mistake for the least disciplined team in the NFL.

Welp, so far the only interesting wild card game was the Cowboys vs 49ers (and only really the 4th quarter). Here's hoping the Cardinals and Rams can at least make the game competitive throughout. Tired of watching these blowout games.

Yes. As the saying goes, "No risk it, no biscuit."

The punt gave the 49ers 22 yards, a distance that the Cowboys covered with their first play on the ensuing drive. So that's a tradeoff of getting 8 seconds off the clock in exchange for not going to potentially win the game immediately. When the opposing offense has to gain 80 yards for a TD, playing prevent defense quickly erases that good field position for the defense.

Granted, such a 4th&5 situation isn't one where you'd trust Jimmy G to convert with a pass, but surely the 49ers already know that weakness and therefore have lots of run plays that they could use in that kind of situation.

Bengals-Raiders wasn't too bad, but overall the games have been a disappointment. Bucs-Eagles and Chiefs-Steelers were always mismatches, meanwhile the Patriots (who were supposed to be a legit contender) may as well have not shown up.

Luckily they're finishing the week strong with a great matchup along with the first ever playoff Manningcast game.

That the announcers even made light of, yet some people continue to spout "ZOMG DALIS GAWT SCROOD BIE DA REUFZ IGEN@!!11!2" garbage on the internet. It's not the ref's fault Dak doesn't know the damn rules, and with the track record of that team and guys on the outs, it was this year or broke for DAL, too. I remember saying if they ain't winning a SB with the 3rd seed, 12-5 record and 3rd-ranked offense AND 6th-ranked defense, they ain't sniffing a SB ever again, and whadd'ya know? McCarthy blows it with the biggest playcall fail I've ever seen with all the chips on the line.

You better believe SAS will have a LOT to say about this one on First Take this morning, especially if his latest Tweet is anything to go by (trigger warning for Cowboys fans)

People mistook their big wins over the Jets (54-13), Panthers (24-6), Browns (45-7), and Falcons (25-0) as meaning the Patriots were Super Bowl bound for some reason.  The combined record of those teams is 24 W 44 L.  New England had 5 games against playoff teams this season and won 2 of them.  They lost to Tampa Bay, Dallas, and Buffalo, while beating the Titans and Buffalo once in ridiculous weather conditions that nerfed Buffalo's offense.  Their 2nd and 3rd meetings with Buffalo proved that the Pats were never on the Bills level.

Cry me a river about Steelers opponents with Covid.  The Steelers entire 2020 season was derailed by their opponents not being able to contain Covid outbreaks on their rosters.

The Steelers lost their mid-season Nov 1 Bye week, because the Titans could not field a team to play against them on Oct 4.  They had to take their week off in Week 4 of the NFL season.  So early in the season, that no other NFL teams were originally scheduled to be off that weekend.

Then, the Steelers Nov 26 game against the Baltimore Ravens was postponed 3 times due to a Ravens Covid outbreak moving the game from November 26 to December 2.  This resulted in Pittsburgh having a 3 day off week before having to get back on the field against Washington on Dec 6.  What a coincidence that's the exact moment the Steelers undefeated season completely unraveled.  So, again, cry me a river about Pittsburgh "benefitting" from opponents having Covid the following year.

Every team in the NFL catches opponents with injuries, or in this era with Covid inactives.  Let's not cherry pick instances to say the Steelers somehow lucked their way into a winning record this year while playing a Top 10 Strength of Schedule.

One other thing that bugs me is this fixation on the Steelers offensive regression, but no one talks about the way in which the Mike Tomlin defensively-led Steelers has exited the post season in the Steelers last 3 playoff appearances:

But sure, let's blame the offense for not averaging over 45 points per game.

I'll finish this rant by saying there are worse ways to go out then Ben (29 of 44, 215 yards, 2 TD's, 0 Ints) did last night.  Dan Marino ended his career in a 62-7 playoff loss against Jacksonville with an 11 of 25 for 95 yards with 1 TD and 2 Int's stat line.  Jacksonville led 38-0 before Marino's first completion of the game, and he ended up getting pulled from the game after 1 series in the 2nd half.

I wasn't expecting anything good in last night's game, but the Steelers surprised me by containing Patrick Maholmes and the KC offense for over 1.5 quarters, and actually having a 7-0 lead with 6 minutes to go before halftime.  To my pleasant surprise, I got to watch almost an entire half of football before feeling like my team was out of the game.  Unfortunately, it was all downhill from there.  Even so, as badly as they got beat, the Patriots 30 point loss to Buffalo was worse.  New England didn't score a single point until they were down 26-0.  Anyway, now the Steelers will spend the rest of the postseason in the same positiion the Cleveland Browns are: 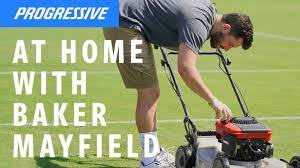 Not sure why you are so defensive of the Steelers offense.  Especially since it is responsible for at least 2 of those losses, and arguably the 3rd as well.

Let's start with the Chiefs game yesterday.  The Steelers had 39 net yards at the end of the first half.  Net 40 if you want to take out the kneel down to end the half.  You are not going to win any game playing offense like that.  After the Chiefs scored a TD on the opening drive for the 3rd quarter, and then forced a fumble and scored another TD, the game was over.  The Chiefs played prevent defense the rest of the way.  While the game was "close", the Steelers possessions ended: Punt, Punt, Punt, Punt, Punt, Punt, Punt, End of Half, Fumble.  Net 38 yards on those 9 drives. The defense getting lit up by the Chiefs is nothing to be ashamed about.  Happens to a lot of teams.

Finally the Jaguars game.  Another game they lost the turnover battle, this time 2 to zero.  Problem was the first interception set up a short field (18 yard line) for the Jaguars to easily go up 14-0 in the 1st quarter.  Then a Ben fumble was returned for a defensive TD to make it 28-7.  They gifted 14 points to the Jaguars in a game they lost by 3.  Although again, the final score looks a lot closer than the game actually was.  The Steelers scored two TDs right at the end of the game.  One with 2:01 left, and one with 0:01 left.  The defense only gave up 378 yards in this one.  And the Jaguars were actually the 5th highest scoring team in the league in 2017, and 6th in yards.  Not that bad a job considering the competition.  The turnovers on offense is what really did it.

Over half of these games are more fun for making ridiculous sports bets then carelessly enjoying.