Forums - Gaming Discussion - What are your favorite feel good games?

I hope you are feeling better by now!

The only games that I play over and over again are the Megaman X4-6 games. They surely bring me a lot of childhood memories, they are quite short and I just love every bit of the artistic direction and music that these games have. They left a huge impact on me, I play them like every year or two.

Flower, uncharted 1, yakuza, dreams, little big planet,spiderman. These are feel good in terms of games that put a smile on your face. 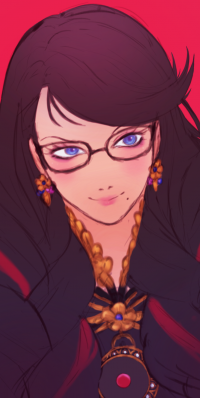 Super Mario Bros., the original Castlevania, Metroid Zero Mission, Super Metroid, and Panel de Pon, can fire up a quick playthrough of them whenever and have a comfy time.

For longer sessions, Tales of Symphonia, the Style Savvy games, more so Styling Star. And replaying the Atelier games with time limit, sadly gone but the ones with it have one of my absolute favorite gameplay loops that put me in a state of zen.

Thank you, I am indeed better now, it was just bad on wednesday but I recovered pretty well. I heard that's quite common with covid shots, so it's all fine. I was already able to go back to the office yesterday and today.

Of these three my favorite is X5, I think. Many people prefer X4 but I don't know, somehow I can't get along with the soundtrack as much as with the other games in the series. And to me, the soundtrack is maybe half of the entire appeal here! It's really interesting since X4 has by far the best gameplay of these three games but the weakest soundtrack while X6 on the other hand has a very good soundtrack but very poor gameplay. X5 falls right in the middle for me, there are so many highlights but also so many downsides yet it's still one of the best games of the entire series for me, maybe right after X1. My personal ranking of the X series probably looks like 1 > 5 > 2 > 4 > 3 > 7 > 8 > 6 How about yours?

I love all of these! Style Savvy kind of sccared me away because I don't know if I'm interested in fashion that much.

Everything you said I agree! X4 is best in gameplay but art and music just became better with X5 and then peaked in X6. But X5 is my personal favorite because it was the first one I played and I don't think it loses that much to X4 in gameplay. I never minded the RNG or the armors not being split, I think the new additions well make up for it.

I just recently beat the X Collection Part 1 so finally I can make a ranking lol. I never played X7 though but... I have heard and seen enough.

Only X4, X8 and X1 I see as flawless games but X5 ups make up for its downsides. Objectively, it would be below X1 but the music, the art, the part system, the armors, the story, MY CHILDHOOD... Makes me biased. X8 is good but BORING. X6 I can't hate, but its really a mess. X3 I see as a failed X5 because I can see it tries new things with the ride armor or maybe the gold armor bonuses but I could not enjoy any of it. X2 I can't stand because is such a rehash of the original, its not funny.

I know that some of these are quite unpopular opinions xD

I don't care much for my personal fashion, but I'll say Style Savvy least makes me enjoy it within the game, plus all the 3DS entries have pretty good demos to get an idea of the gameplay.