Gran Turismo 4 is the one I enjoyed the most so I go with that one.

From the ones I have played, GT6 has been the one that least felt like a car catalogue ( ͡° ͜ʖ ͡°)

Of course Gran Turismo 4 is the best. It's the perfect game. Constant 60fps, great cars from the 90's and past, all cars look great (no split between normal and premium cars), no tearing like in GT5 and 6, short loading screens, all classic circuits and courses, awesome floor unevenness (especially on Nordschleife), outstanding speed (300 km/h or 180mph feels like light speed), wind noise underlines the impression of high speed (I really missed that in GT5 and 6), indication of g-force.

Gran Turismo 4 was a complete package, very well programmed (not like the ones on PS3) and still my favourite despite low resolution. I hope GT7 will be more like GT4 – short loading screens, only premium cars, constant 60fps or more, no tearing, all circuits and wind noise above 200 km/h. That would be perfect.

I only played 2, that I really liked, 3, that was an improvement in every aspect, and 4 that, for some reason, felt boring.

My vote, then, has to go for Gran Turismo 3.

GT3 is the one I've played the most. But GT4 was pure magic: quality and content. I think it's still the most accomplished gran turismo experience.
I hope for a return to form with GT7.

I remember seeing the GT3 trailer back in the day and thinking it looked almost like real life. Looking back, I'm not sure how I saw it that way, but they were always among some of the best looking games for me.

I only played GT3 and GT5, and I think GT3 is my favorite, since the concept felt the most interesting to me then.
It was quite fun using the F1 car. 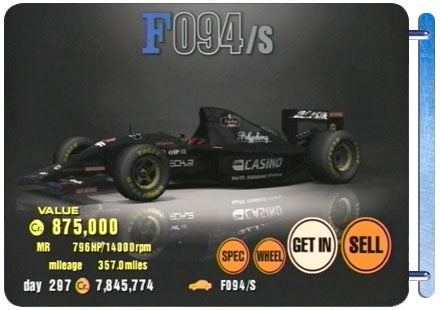 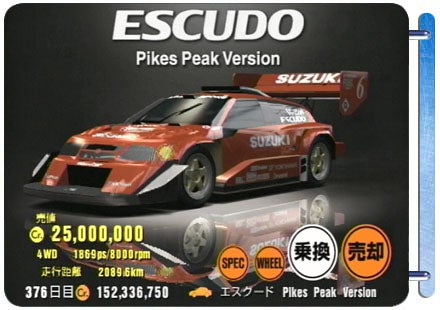 Bonus qustion: I hope GT7 rekindles my interest in the series from trailers, etc. Otherwise I'm not sure I'll get around to play it.

This was me all over. Buy the Escudo, tune it up as much as possible, extend the gear ratio thingy as far as it'd go, and just hold X to go vroom... bounce around corners, reach speeds of over 220mph and LET'S FUCKING GOOOOO... literally how I won most races and endurances was using this bad boy! It didn't handle for shit, but the pure top speed and ability to tank corners was incredible!

Gran Turismo 2 is the one I played and enjoyed most; have some great memories of playing it. Buuuuut... it's aged dreadfully. I went back and played it a few years ago and I just couldn't get into it, it was so ugly. The bar has been raised so much in terms of visuals that those earlier 3D titles just look awful now.

I didn't play another Gran Turismo after 2 until 5 Prologue, which was very good and for a long time was the best-looking title in the PS3 imo, but obviously it was very content-light.

Gran Turismo Sport was the next one I played and, again, it's pretty good and visually a treat but content light, especially single player. I was also disappointed at how poor and repetitive the soundtrack was (I couldn't stand it after a while, had to use the Spotify app on the PS4), and how few tracks there were. They added a few in content updates, so it's not so track light anymore, but... meh. The online focus didn't appeal at all to me.

The other thing I'd add is that 5 Prologue and Sport really elevated the visuals, but the gameplay is almost unchanged. The AI is still convoy-like, incredibly dumb, easily manipulated, and so robotic and unspontaneous that I'm amazed Polyphony thinks it's acceptable still, 20 years on. And the damage modelling and collision physics are both pitiful.

So I voted Gran Turismo 2, but I wouldn't recommend people go back and play it lol; it was just the one I enjoyed most and the best of the entries I've played for its time.

Expectations for Gran Turismo 7? A game that looks superb and returns to the series' original single player focus, but which continues to neglect enemy AI and damage/collision elements.

Yeah, even though it lacked car selection over 2, it felt like every car was unique and had more charm/personality to the vehicles. And definitely some of the best graphics on the PS2 if I say so myself.

Gran Turismo 2, the last one before game design took a nosedive.

Expectations for Gran Turismo 7? None. I'm not going to touch it.