Well, it had a stellar Japanese library but thanks to Stolar he prevented a bunch of those games from coming over. Then SOA gave one of the best games ever made and easily the best RPG ever made with Dragoon (tho the other one sucks so not a difficult feat) in the title with Saga a low print run. *bashes head into wall* Why I was so furious with Reggie late in Wii's life. No Earth Seeker. No Disaster Day of Crisis. No Zangeki no Reginleiv. No Ougon No Kizuna. And it seemed we would not get Xenoblade, The Last Story, or Pandora's Tower either. I felt Reggie had become the new Stolar. He also prevented ASH on DS from coming over because idiot focus groups said not enough guns... in an SRPG made by Mistwalker. UGH. At least 3 of those came over.

They still would have found a way to die out in the next generation, maybe through more Shenmue games.

Dream cast was the better machine compared with it competitors. It was ahead of its time. Ieth alternate history, we would have seen more games on dream cast and with that, maybe ps2 would have been a stronger machine graphically

Don’t see much changing in this scenario. The Saturn might have sold a bit better, but Sega was still the weakest of the three. They should have listened more to Tom Kalinske, but Japanese management was too bullheaded.

It would have bolstered sega to the status we see MS sitting in currently. Sega would be behind Sony but closely going after the same market. MS would have invested into a partnership with sega and we would be exactly where we are currently.

Main difference:
- Microsoft may have actually ended up buying Sega since it didn't bomb (and of course after being rejected by Nintendo), Halo would still exist but possibly games like Yakuza, Bayonetta could have been non-existent, and Sega/Microsoft probably wouldn't have ended up buying Atlus.

PS1 would have still won in sales and marketshare. The Saturn may not as flopped as much.

But assuming FFVII was released in the same way and exclusive. Not much would have changed.

Sega could not really do much, if you go back to magazines from that time you will see the sega saturn got some love and some of its games got great reviews from having the best fighters like virtua fighter (Tekken/MKIII time exlusive/Star gladiator weren't that great compared to VF) to better racing games like daytona (while PS one at that time only had Need for speed and Ridge racer and those were overall weak games) and most important RPG's, Ps one had barely RPG's and was losing exclusive games like Wipeout....

Sega could just not invest the amount of money Sony did in deals/exclusives...

Many would argue Sega CD was actually a good add-on. It actually had notable titles and unique content you wouldn't find on SNES or Genesis. It would have been best if 32X didn't exist, but instead the few notable 32X games were made for Sega Genesis and/or Sega CD. Games like Kolibri, Knuckles Chaotix and Tempo could have been classics on the Genesis. While some other 32X content could have been good Sega CD ports, like Mortal Kombat 2, Wrestlemania the Arcade Game, Space Harrier, After Burner 2, perhaps even Doom. If you look through the Sega CD library you'd see it gave a nice boost in power so developers could have pushed more impressive content as well. Sega could have leaned into tech like the Super FX chip if they really wanted better 3D content on Genesis and Sega CD.

Last, its evident Sega CD content was cheaper to produce because CDs are cheaper than carts. So it got significantly more content than the 32X ever did.

I wish they pushed the Sega CDX and made it more affordable. 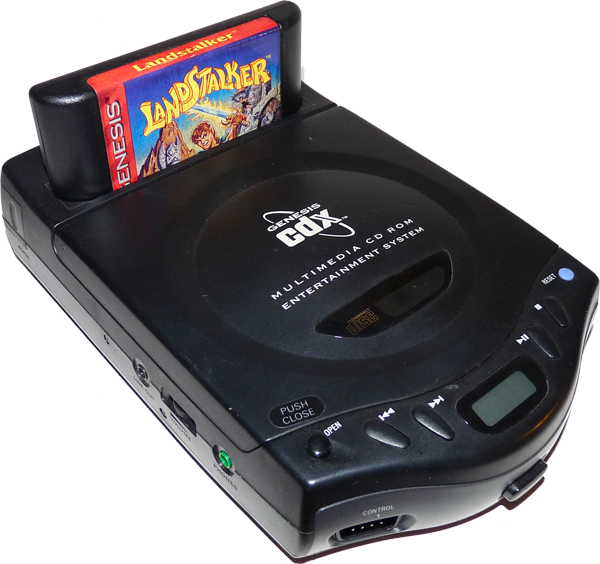 Like I said already, the 32X should not have existed. It had some okay content, but it wasn't worth the impact it had on the brand and some of that content would have bolstered Genesis and Sega CD. Maybe even Saturn.

Sony's impact on the industry was so significant that its hard to imagine Sega could have done anything to stop it. At best they could have boosted their sales with less mistakes.