My list for this year. Some games got dropped off a few got added.

16. The Legend Of Zelda Breath Of the Wild (Wii U)

3. The Legend Of Zelda Twilight Princess (GC/Wii U)

First time I really had to think of this. I find I’m pickier then I ever thought. Here goes, from start to end, with the final picks being ones I realized held a stronger place in memory.

I tried to make a list with games from all platforms I could play so far. Switch games doesn't have enough time to "mature" with me yet, in many years I'm sure there will be more Switch games on the list

I'm starting with the game that keep my mental sanity in check during this pandemic and was for above 3 months my only source of social interaction with humans besides my coworkers. I can understand the arguments about it from long AC fans, but I was a newcomer and as a newcomer this game is everything I always wanted, no everything I always NEED IT, and never get it. During my 700 hours of joy playing it, I can assume I will never have the same experience again, and I'm happy cause... you know, I don't to live in another lockdown. New Horizons will be down for my life as a unique experience, in a place where I could my escape from the sad reality. It is not something I hope to need again, but I thank you every day for the fact that when I needed it, my island and my digital friends were there to give me good morning and put me in a better moody. 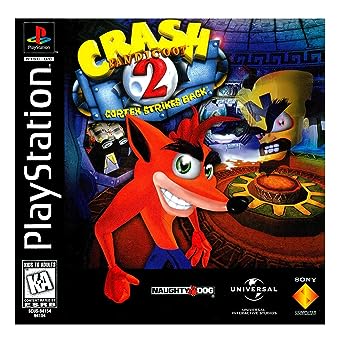 Arguably the best Crash, with better controls than the first and with a challenging but not unfair difficulty level design. This must be the game that I spend most of my childhood beating it again and again and constantly failing to get it 100%, it's fairly difficult to a kid with only 7 or 8 years old. In past I used to like the 3 better because it has a more creative scenarios, more beautiful assets and more gameplay options, but I see now the gameplay options make the gameplay easier. Besides, from Bandicoot 2 comes the inspiration for many iconic scenarios used on Crash Team Racing, and many iconic characters and mechanics were introduced as well, thus this wins for me =) 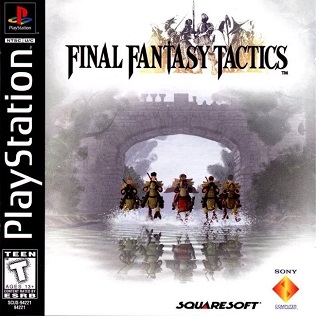 This is the best FF and you CAN'T change my mind. The fact SRPGs didn't become the most popular RPG sub-genre to date still beyond me. This game brings in an overwhelming system with growth possibilities, characters classes, tree abilities and an almost free-to-choose party. It was the first game that made me realize how chained I was all my life when playing RPGs. This one really made my 9 years old self using their brain while playing instead of relying on cheap grinding like crazy as 99% RPGs made me do. The world of Ivalice is so iconic that come back again for FF XII, something that almost NEVER happens with FF series. I never given up it will get a sequel someday, I'm ready for the revolution when the day comes.

7) The Legend of Zelda: A Link to The Past 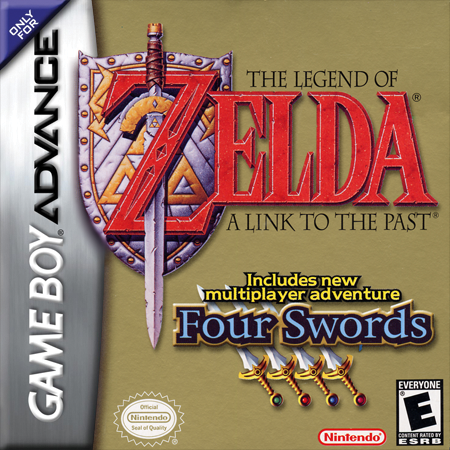 The third best SNES game and the best Zelda game for over 20 years. This game is just so majestic. The dungeons design, the semi-open world perspective that give you explore until you finally find what you need to. I've actually played the GBA version, as I never had a SNES myself and used a borrowed one but never played this one there. As a kid I remember I usually get lost without knowing what to do, by that time I couldn't read English and this fame took me life forever until I finally beat it. It was also kinda challenging. I must have learned about Zelda thanks to Ocarina of Time, but turns out that 2D Zelda was the Zelda I've played the most during my GBA and DS years, and this is 100% thanks to A Link to The Past. 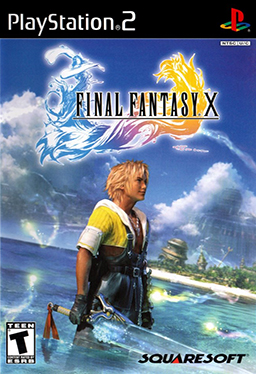 Ok, if Tactics is the best FF then why the hell X is in 7? Easy, because I'm so much biased towards this story that I couldn't stand not placing it on top 10 x_x, regardless the gameplay was the best from classic FF mechanics, born with over 15 years of refining the system. Changing the party while fighting was an absolute dream coming true even if turns the game pretty easy once you get into all battle details. I just love everything about the cinematic experience of this game, being one of my first FF 2 games is where I felt games could be like movies and FF X being the first time I've experienced that game such a mind-blowing experience that I can't forget. The cut-scenes are masterpieces, as is the OSTs, the screenplay and the character interactions. The game was so good that got a shit sequel, it doesn't happen often with FF showing how much well received this masterpiece was! 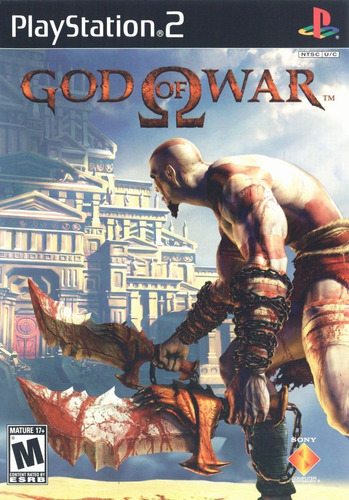 The best PS2 game, period. People must not remember how clusterfuck cameras, controls and sounds could be during PS2 era when devs weren't as skilled making 3D gameplay as they become in the upcoming generations. And then comes GoW that technically put all their competitors to shame and made even people who dislike over-violent action adventure western games like me on its knees before its greatness. Everything is here, cinematic experience, great and clean gameplay, technically flawless, great mythology and universe. I can't remember a single bad thing to talk about this one, it was just a once-in-life experience that I'm sure I will never enjoy again unless I spend one generation suffering from bad controls and action to be presented with a gift from the God of War that solve all my concerns.

Following the list of SNES masterpieces that I didn't played on SNES (this one I've played on DS) CT has the best written story I can recall from video games. I was already a fan of Chrono Cross, even though I find the story confusing and the gameplay counterintuitive, I had no issues with CT it's an awesome game in all senses of the words. The world building is great, the OST is great, the character design is great. The gameplay follows a classic RPG formula, but here it's fairly well balanced. The characters have all great back stories and side quests and the concept of time travelling is the best I've seen in any media. I've played again in 2018 and the game only grew on me, a testimony of their lasting appeal and brilliance. How this game was developed by only 3 people is a mystery. I think this is one of the rare cases that you know you played a masterpiece right in the moment you finish it. Hollow Knight made me reflect everything that is wrong with mainstream game producing, if 3 people can make this monumental artwork with over 60 hours to beat it 100% then why companies with AAA budgets can't? The OST alone is one of the best music works I listen EVER, for a metroidvania who has a VERY intense and challenging level design is incredible how many times I stopped myself only to observe their work, their paintings, their music, something that even the games with millionaire budgets doesn't make me do often. It's incredible how alive it feels, and at the same time dying. The lore is so sparingly constructed, and the secondary characters that you may end up by accident even knowing about work like real veins carved in marble, you may not notice, but when you notice you realize the grandeur of what is before you. Hollow Knight is a rare gem, a game that is there to be appreciated, rather than just played.

2) The Legend of Zelda: Breath of The Wild 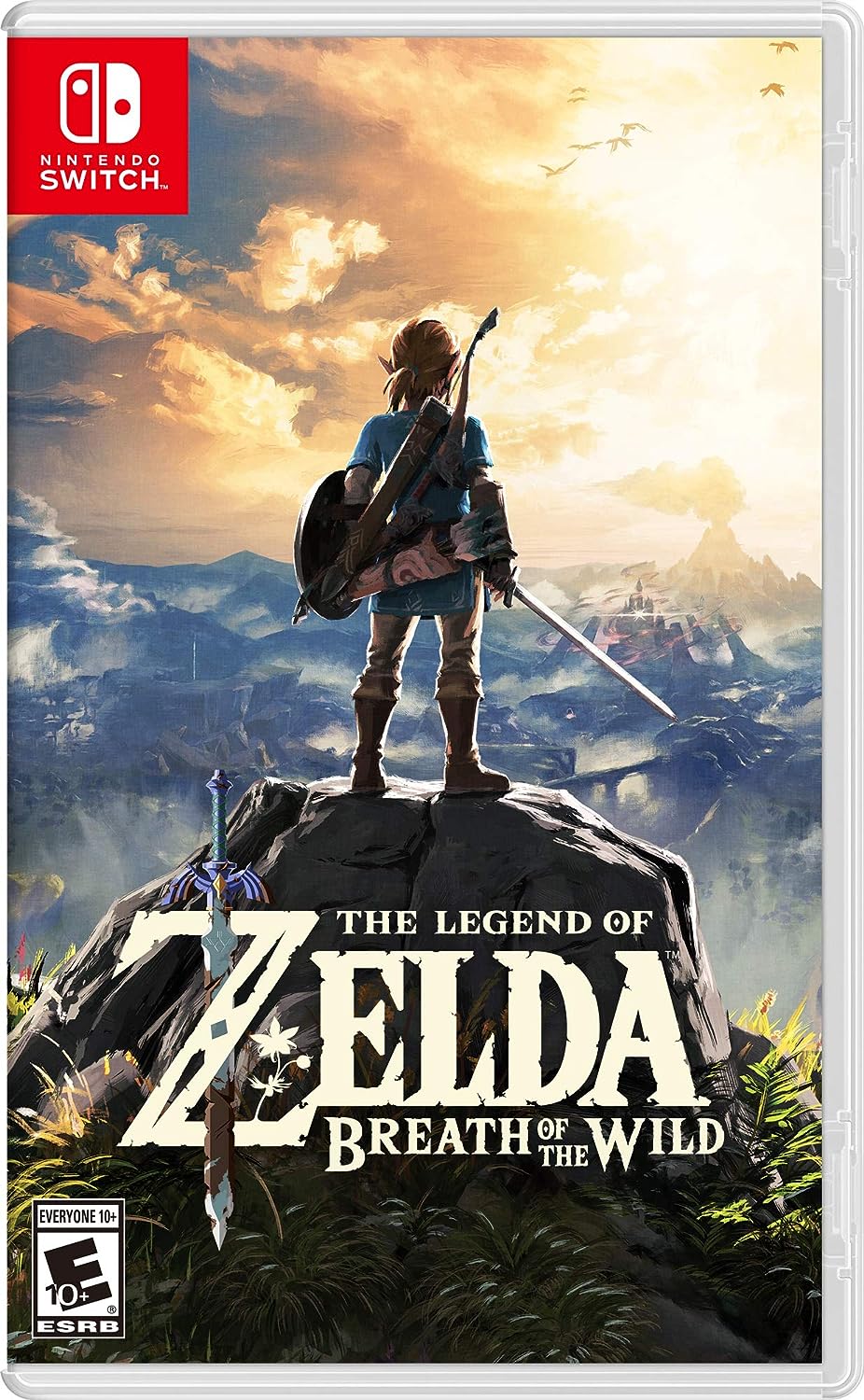 The best Switch game is a true inspiration of perfection and care. I can't explain how satisfying was to climb a mountain and then... jump it. I felt so free, so unrestrained. BOTW put me in a situation where I don't know if I will ever enjoy adventure games anymore without feeling a void in my heart that something is missing. This game has such a relaxing music, so atmospheric I feel like dreaming. It furthers proving how a beautiful art-style beats high quality detailed assets every day. In rest BOTW for me was 150 hours of a game that I legit feel sad when finished because I wasn't ready to leave Hyrule just yet. And the best SNES game as well the best Nintendo game is... yes, Yoshi's Island. Our cute friend who is helping the Baby Mario to stay safe while suffer himself in the hands of so many monsters and hazards. Yoshi's Island has all elements of Nintendo's games greatness, from the quirk beautiful art to the awesome OST, who can't recognize Flower Garden? The game is VERY hard, like a true challange and have a curious gameplay with obstacles to be overcome that are nothing like the classic mario which gives our green dinosaur its own identity far beyond the title that suggests that this is a mere Mario spin off. All about this game is hilarious, but at the same time invoke a sense of urgency and daring, it's a weird combination but works flawlessly. I can't remember platforms using much of Yoshi's gameplay moves, which is not a good thing, but quite make this game even more unique. Playing it again on virtual console I realized how special this one was, and thus I'm putting here as my favorite game of all time.

Two new games added. Ghost of Tsushima and Final Fantasy 7 Remake. Though I'm not finished with the latter, but I'll place it there for now.