I really enjoyed Yakuza 0. Kiwami 1 was a bit of a letdown after playing 0, but Kiwami 2 is about as good as 0 overall.

I can also afford a trip into the sewer, doesn't mean it will do me any good. A game can be as "groundbreaking" as it wants but if it's not accessible it might as well not exist. It's unreasonable to demand people jumping through hoops to have to enjoy something and then reprimand them for not trying.

Imagine the best game ever made running at 10 fps and 480p and you have to buy it for $500. Sure, some people will enjoy it and others will rightfully dismiss it. Then suddenly the game is changed and it now runs at 60fps 4k and is available for $30. The people who have previously dismissed it will now have the chance to play it and praise it. So what the fuck is wrong with that? What kind of elitist bullshit is it to then try to shit on those people for not trying it earlier?

And console fans not crying over ports? The fuck have you been? Nintendo fans constantly cry about games not ported to Switch. Sony fans cry already about the mere possibility of the next Elders Scrolls not coming to Playstation, while Xbox fans cry over non-inclusion of Spiderman in their shitty fighting game.

Your last sentence doesn't even make any sense. Preference isn't a money thing. In fact, the more money I invested into gaming the more I tied myself to PC because I was getting used to much higher fidelity and convenience that consoles just could not deliver. I bought a PS4 at launch, I bought a PS4 Pro at launch, I bought a Switch at launch. They have all been collecting dust since a month after I bought them. I recently sold my Switch and I would gladly give away my PS4 consoles because they are essentially useless to me. I won't buy the PS5 at launch because it doesn't deliver anything worth the price or the hassle.

Ok, now you can start again and tell me why I should be spending my time and money differently.

Yeah, yeah. I'm not going to bother with this. I've been over this sort of thing with people a thousand times on these forums. Tired of beating a dead horse.

Really liked it, it was my first Yakuza, not sure I'm happy with turned based change they went for next one, but there's plenty of older Yakuzas I can play.
Best line from it was that rich guy that learned you to drop money on street, under the "money is endless resource, time is not" adage.

I've also started playing it and liking it so far. It just seems like the game is way too long so will take a while until I can finish it.

That plot twist in chapter 10 was incredibly predicatble. Disappointing about the turn of events there. Would have hoped for a different connection between the stories.

Also what's with the arbitrary waiting times at the beginning of chapter 13? I wanted to continue the story line as quickly as possible. In several guides I found online it said just wait for up to 15 minutes and you can go to the next objective marker. Spent 20 minutes waiting, then another 15 minutes walking around and doin stuff like shopping (had no reason to go shopping), eating (no reason to eat as my health was full) etc. Nothing happened.
Then, I walked and triggered a mini scene at the Cabaret Grand by pure accident. Immediately after that I got the pager message I was waiting for. Now that's some stupid shit and fuck those people who think they know how to write walkthroughs/guides.
It's pretty bad game design though. Let me wait for no reason and I can't even run my business during that time or do sidequests (which is only logical considering the circumstances).

So I finished Zero and immediately started playing Kiwami. It is really cool because it feels like a completely seamless transition between the games. Engine is the same and so is the city. I feel like returning to my home I'm intimately familiar with. Honestly I have absolutely no idea why anyone would suggest playing Kiwami before Zero. Not only is Zero a prequel, but it also serves nicely as a tutorial for all the mechanics. It's clear that they intended for people to have played zero first. So far Kiwami feels like the better game, the engine is noticeably improved and I like the changes to the battling and level system.I appreciate the quirky story, but since Zero I noticed the predictable patterns. They just can't help to spoil every single plot twist and revelation a few minutes before it happens. They really do not know what "subtle" means. Usually you're supposed to get the flashbacks after a reveal and not minutes before. It's still a lot of fun, though. Even more so now that I know all the characters. Still need to get used to the bizarre character transition of Majima.

I think its because it can give more context and emotional impact to scenes like this, if you know what the characters go through in Kiwami. 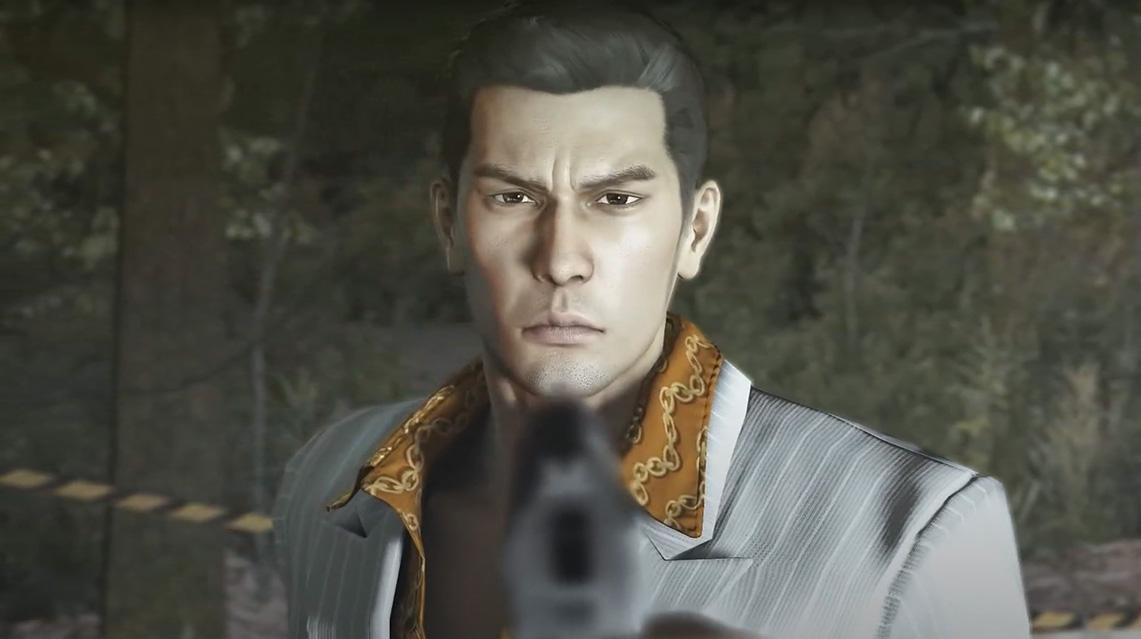 Although that can go both ways, so I do think 0 is the best starting point for newcomers. But it's also a good 'followup' to Kiwami for series veterans. (Seeing Majima like this after knowing what he's like in Yakuza 1-7 was quite interesting, etc)