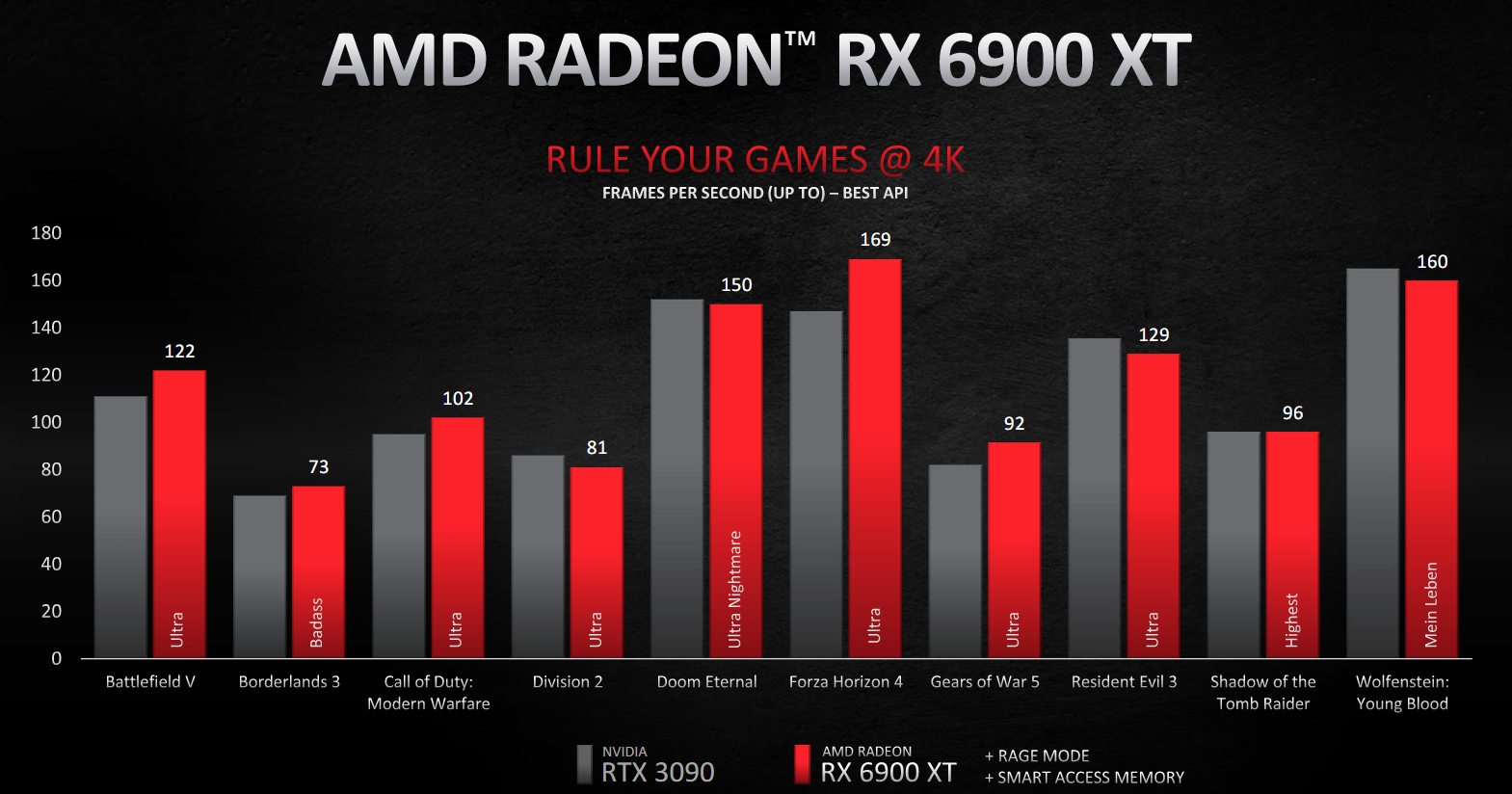 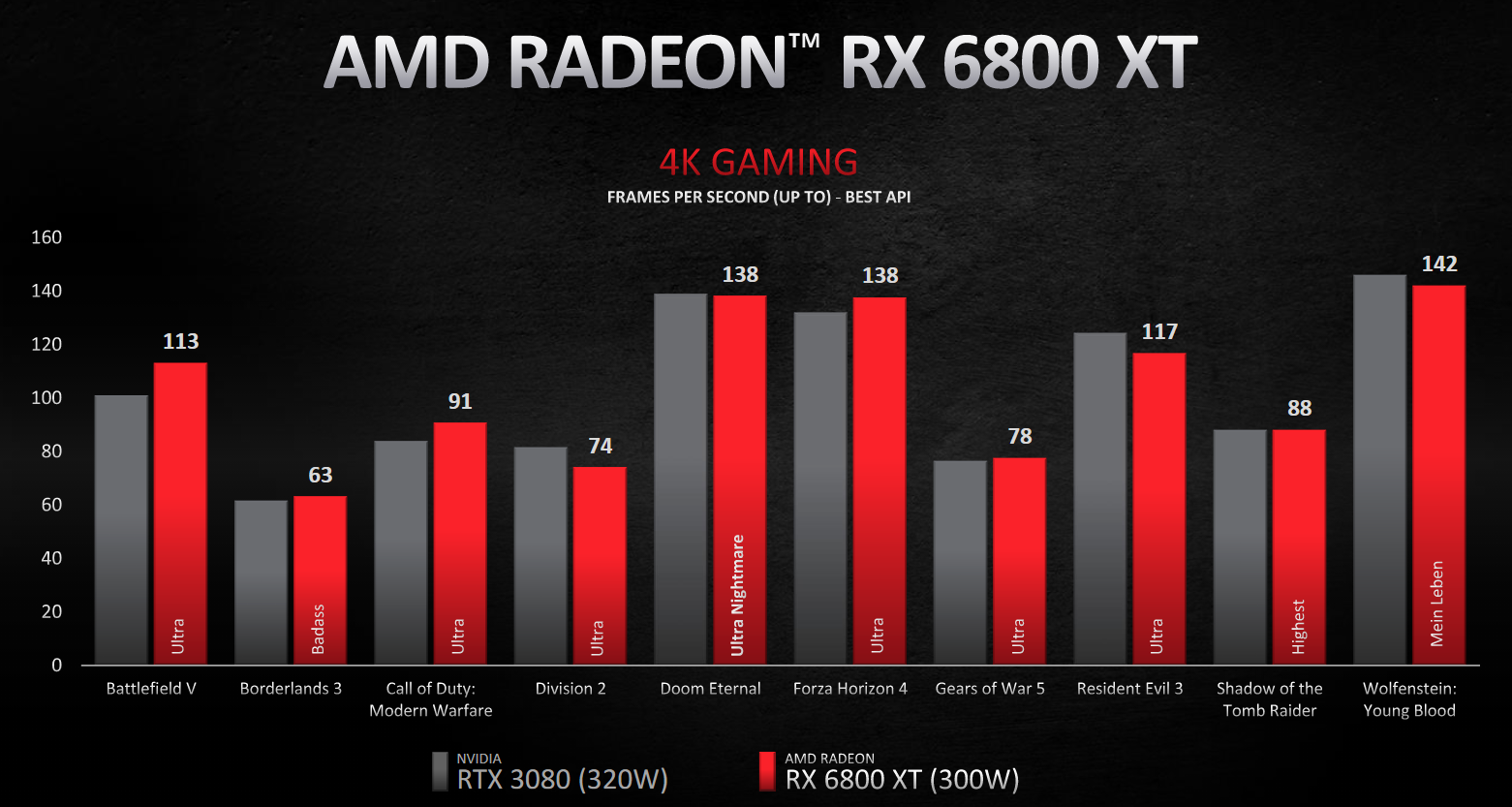 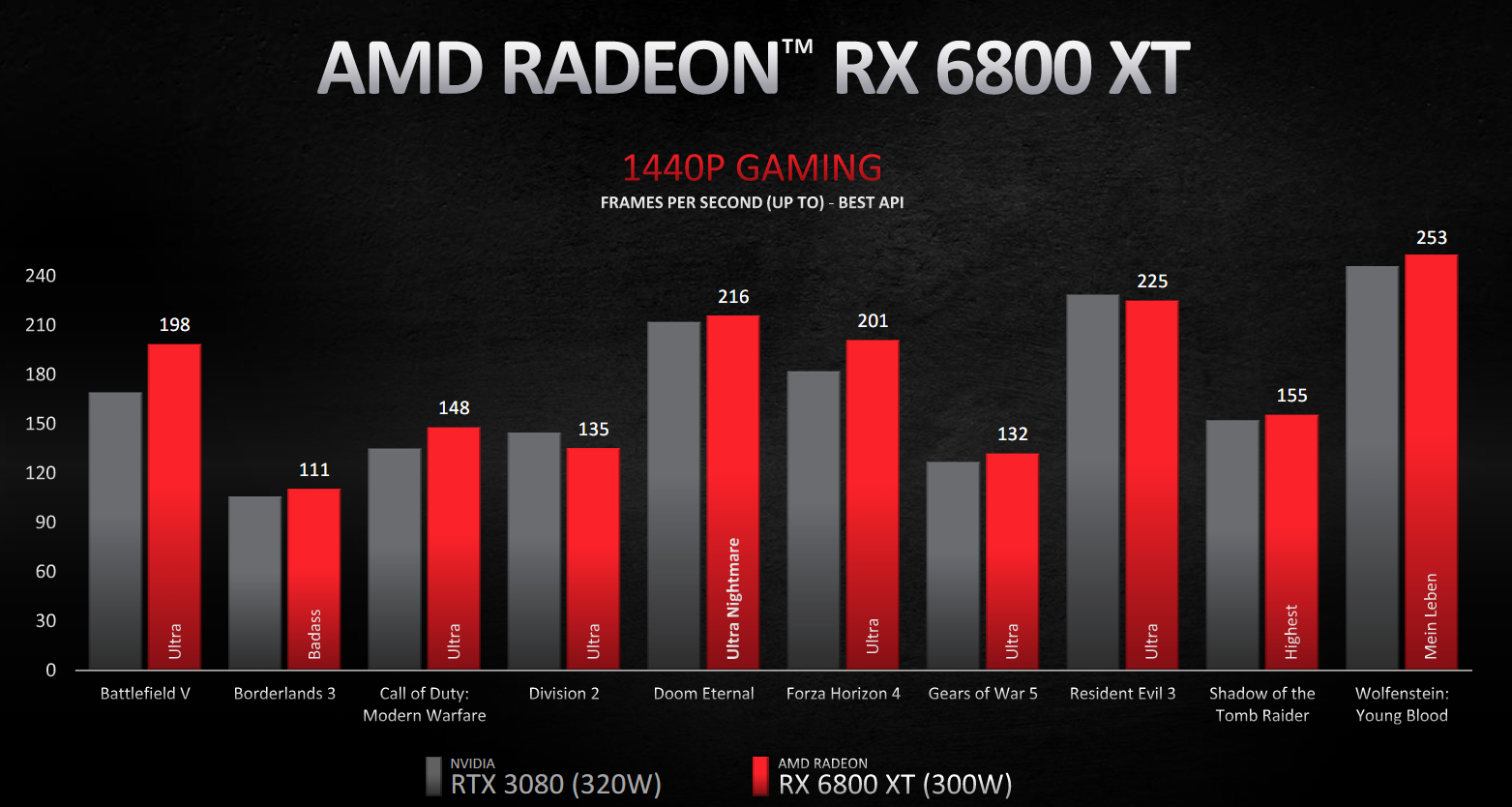 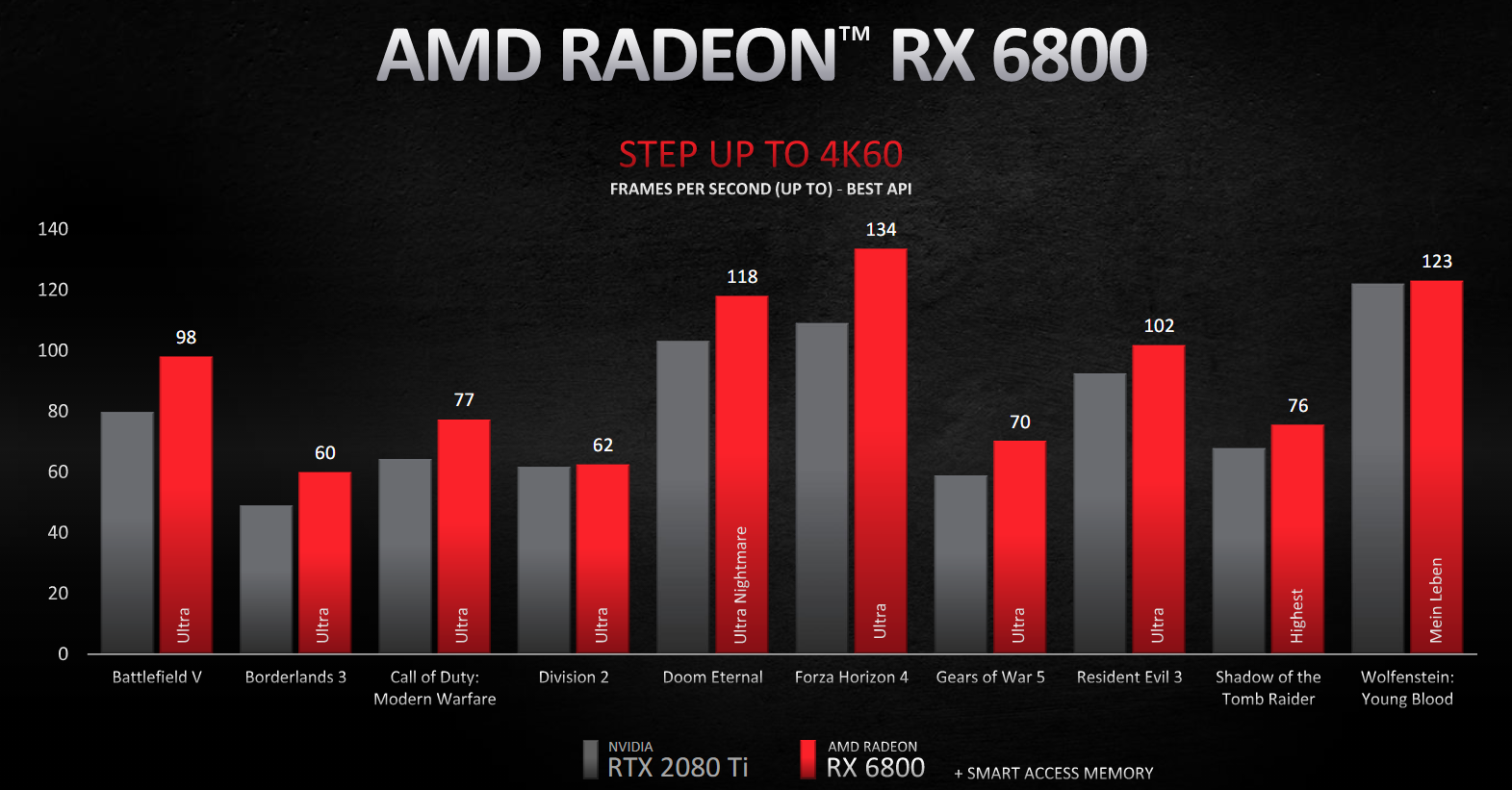 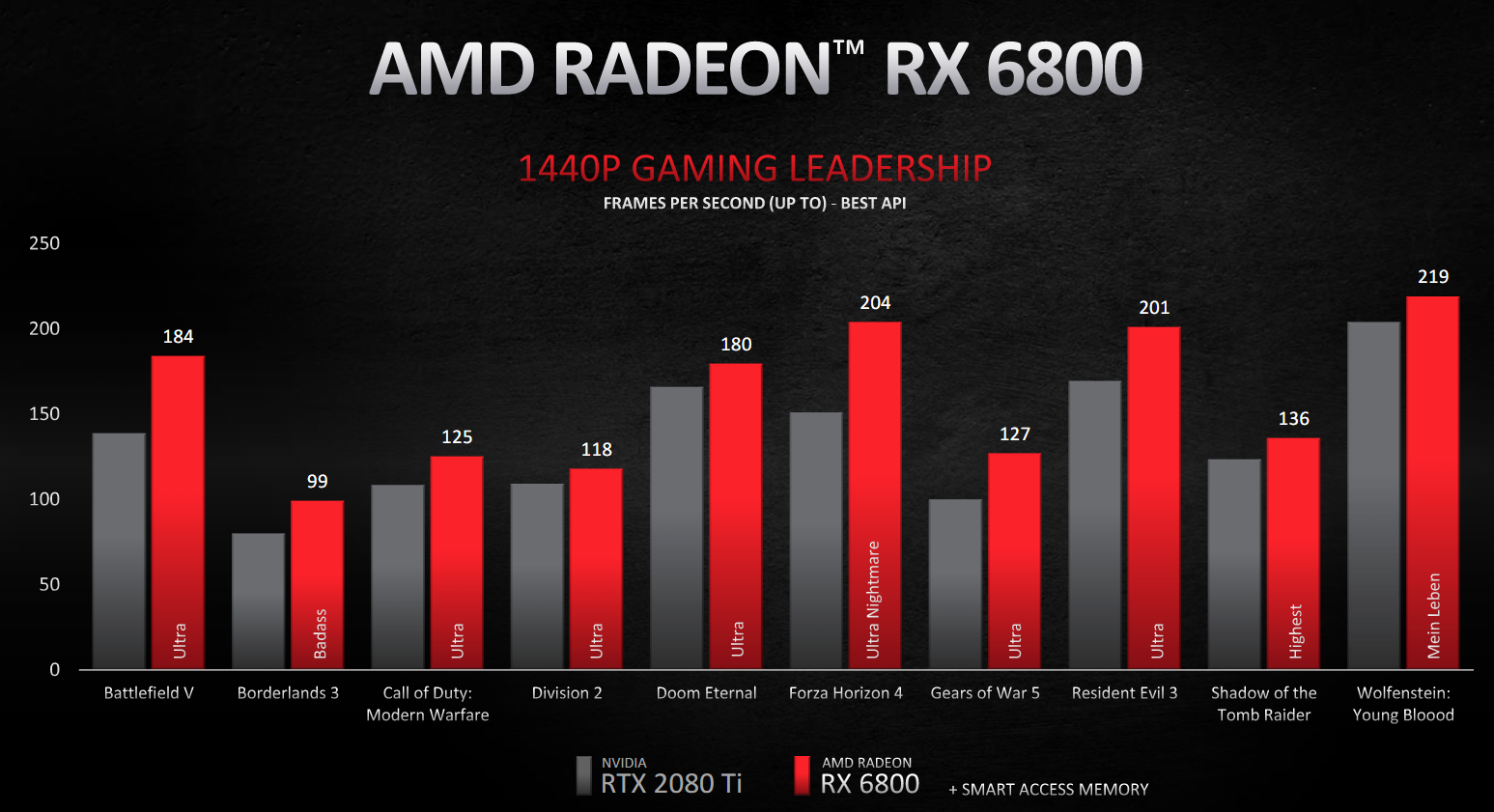 AMD opted to use GDDR6 memory instead of the more expensive and more power hungry GDDR6X modules that Nvidia is using on their 30 series. Instead AMD is attempting to improve RAM efficiency through the use of a high speed 128 MB cache.

AMD also announced that they are working on a competitor to Nvidia's DLSS which will be open technology and cross-platform instead of closed and locked like Nvidia's DLSS. However, their AI Super Sampler won't be ready until sometime after these cards release.

It is quite impressive indeed! My only concern is the Lack of Ray Tracing information and obviously, no counterpart to DLSS yet.

Remember to wait for the reviews gents! Just like with Nvidia!

Congrats AMD for the achievement!

I think AMD have always been better value for money than Nvidia. Unless you go to a price range where AMD don't have a card, they're a good choice.

Good times ahead for PC gamers!

I heard a rumor that these cards do Raytraceing better than the 2080ti does.
Not as fast as the 3080 ect, but more than fast enough (to use it in games).

Its crazy AMD is back at top-end again, its been so long (feels like AMD just let nvidia always be faster, and make bigger die cards).

The thing about no counterpart to DLSS yet, thats been said it'll launch sometime early 2021.

found this: (shows Raytraceing performance at bottom):
*3080 FE is about 22% faster (currently) than the 6800XT in raytraceing here (heavy loads, not representative of games).
However Nvidia has had cards out longer, and time to optimise drivers for this benchmark, over time I suspect that differnce will shrink. 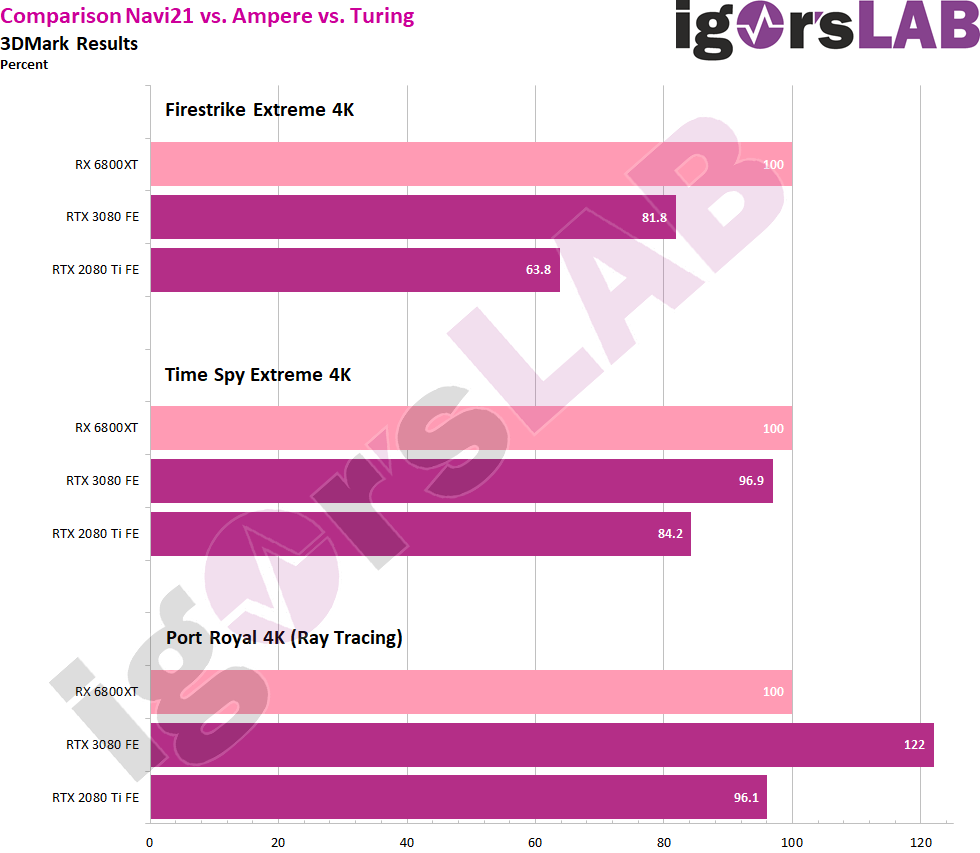 AMD actually have more powerfull GPUs than nvidia now....
Its been forever since they even tried to compete against top of the line nvidia cards.

This ontop of how well the new Ryzen CPUs are doing, AMD is set for a good few years comeing in.

It's about time AMD came out with cards on par with Nvidia. However charts are one thing, ill need to see reviews first.

Nvidia fanboys will always buy green. Had this discussion on overclockers, Intel shills are still buying their chips, the validations change all the time.

But what about those morons who buy AMD CPUs and Nvidia GPUs?