I'm about as worried about a ban or account hack as much as I am worried that one of my physical discs won't work anymore, very small chance. However my point, and that of others, is that one disc not working anymore is just one disc. Lose access to your account and you lose your whole library, maybe only temporary but until it gets resolved, no access. And who knows, another psn hack is not outside the realm of possibilities.

I installed the HL2 retail version from disc (you claimed that it wasn't possible), I managed to activate the off-line mode and play the game (you still claim that the off-line mode didn't exist) and after having fun with that awesome game for weeks I didn't touch Steam for over a year.

HL2 Episode 1 (retail version) brought me back to Steam in June 2006. I installed the expansion again from disc, played through it and after that I didn't touch Steam for another year.

In September 2007 I got The Orange Box (digital version) and after playing through all these awesome games in this box I was sure that Steam was there to stay and I was ready to buy more digital games (additional to retail games)... and they are still all in my Steam account and still work.

Now to your question: why would you lie?

Probably you don't lie about your problems with Steam starting in offline mode (although the mode existed and the HL2 installation worked completely offline).

On the other hand less gullible people than me could doubt that you ever were into PC gaming and that your story about installing HL2 never happened. Leaving the complete PC platform in the mid-2000s due to ONE game seems like an overreaction.

Maybe that story is only there to strenghten your arguments against the PC platform, Steam and digital games in general. 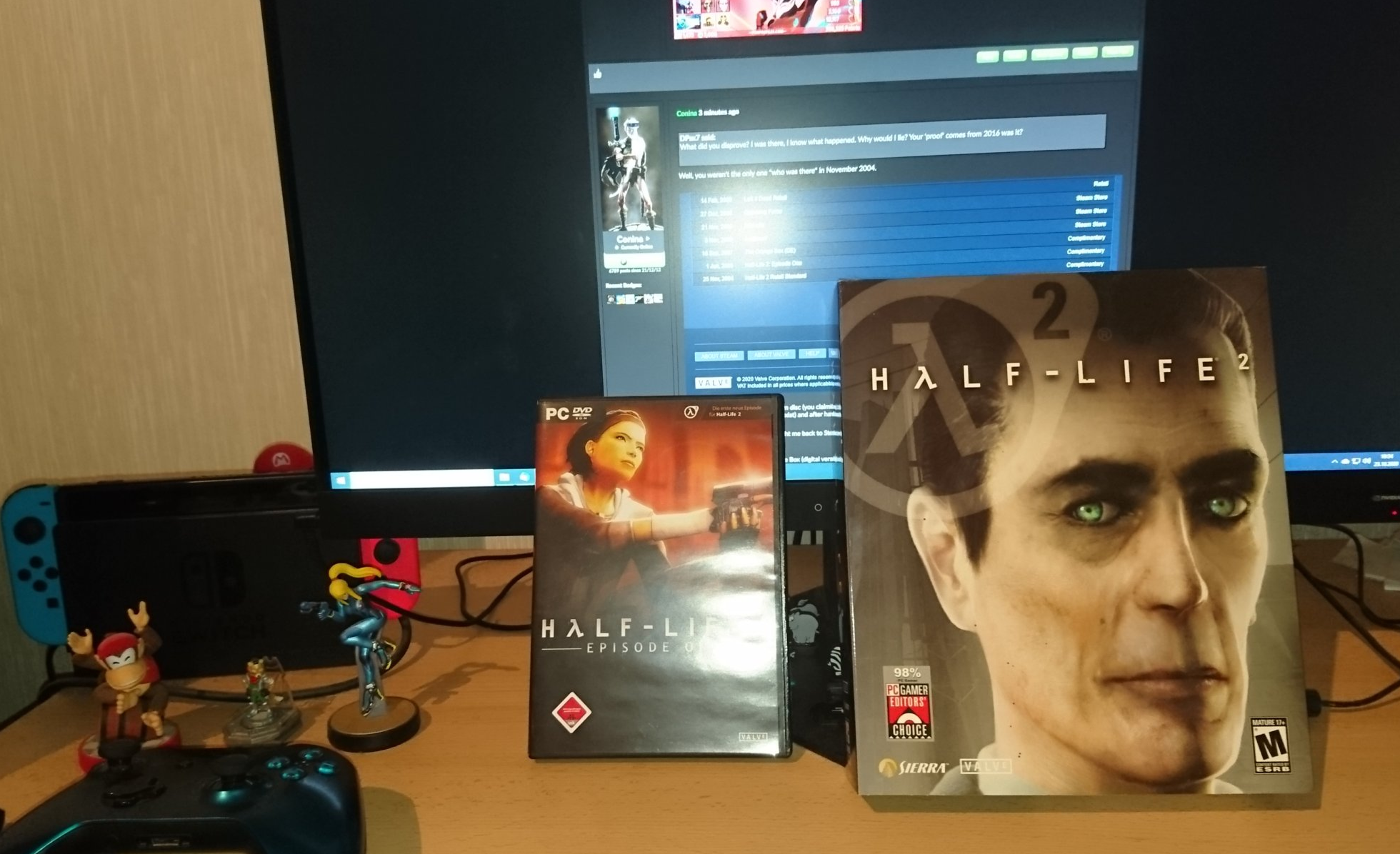 I don't see how it would not work. it's just video streaming but with online play. All they need is an app to be installed on whatever supported devices, and the controllers/accessories will have their adapters I guess.

I believe it is very desirable, reduces the costs and the risks associated from having to design a console hardware from scartch each generation. Just cloud processing units.

With 5G being everywhere in a few years, accessiblity won't be an issue either. Everything and everyone is shifting online, and gaming will do too I believe.

In fact, it is already happening.

If you loose your account, then you probably need better organizational skills, that isn't the fault of digital distribution, that is your fault. - That is something for you to possibly work on and improve because whether we like it or not... The future is digital, everything is going digital, start securing your digital accounts appropriately, you have had years to get on top of this stuff.

Steam has an offline mode. Please don't lie about this. 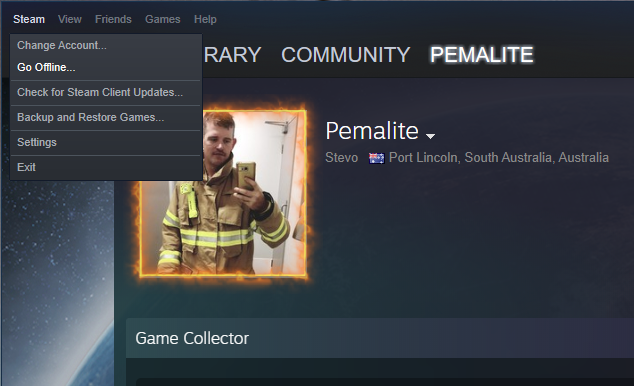 Most games that install physically and register on Steam happily install offline.

Seen plenty of structure fires that have destroyed entire movie collections and game collections.
Physical isn't a guaranteed insurance to always have a working copy of your games.

Discs do get disc rot, hardware does fail. And... Shit can happen in life.

I have the Big Box G-Man edition, it was release the same day as the normal PC-box.

It was around twice the size of other PC-boxes: 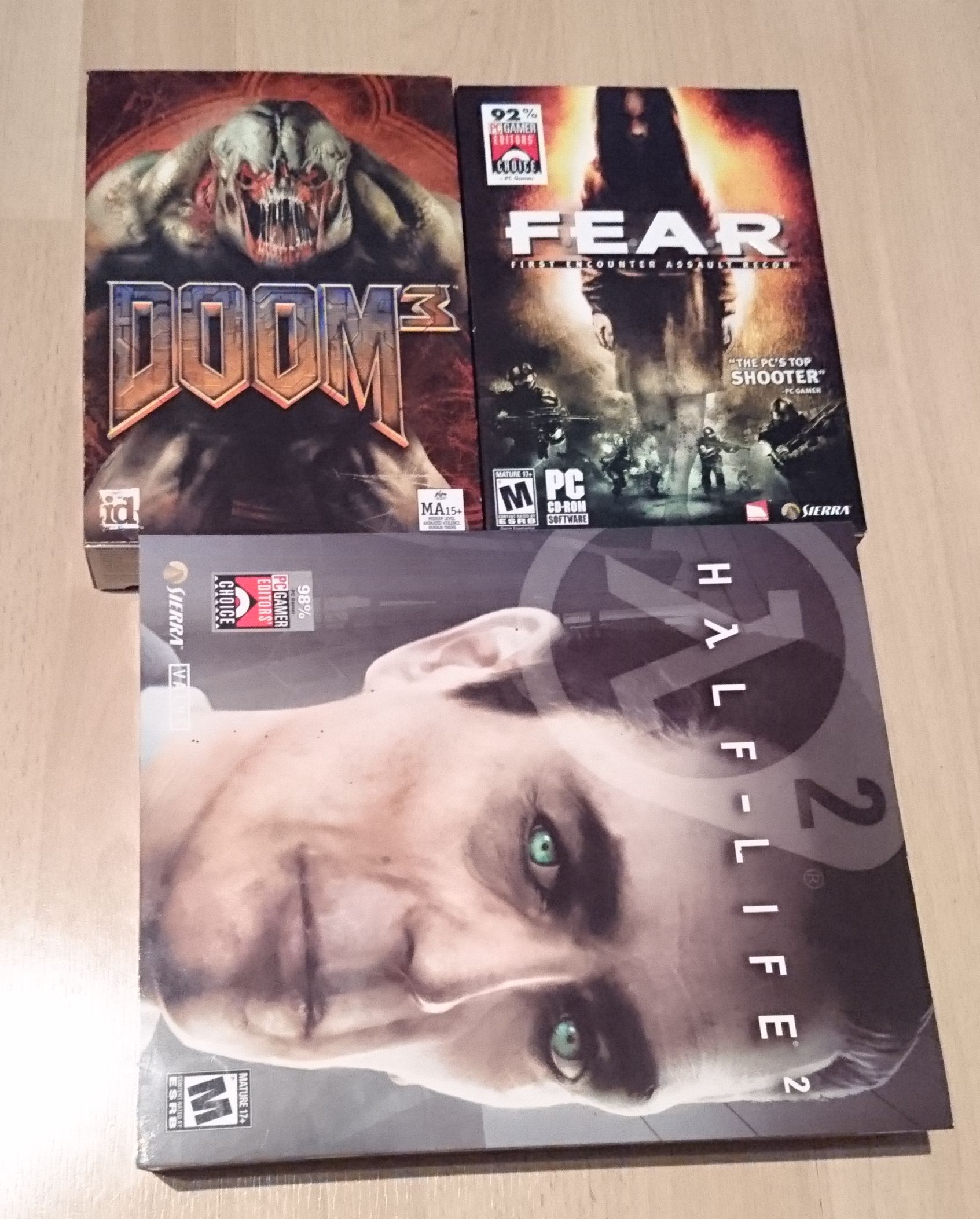 It has a nice book cover to open showing City 17 and includes Counterstrike Source.

There were also two other Big Box Editions released the same day, the Big Box Gordon edition and the Big Box Alyx edition:

Yeah, many some PC retail games still give that option.

But when I installed ELEX last year from 5 DVDs it took sooo long that I was going to abort the disc installation and download it instead.

By the way, my ELEX Collector's Edition is my second biggest game box, only the Mirror's Edge Catalyst box is bigger. Compared to them even my HL2 big box looks tiny:

I do have a USB BDXL slim drive for an emergency... But digital all the way for me on PC.

The last Physical game I bought on PC would have been StarCraft: Brood Wars... In the late 90's, which I eventually registered on Battle.net and turned it into a digital copy and have not bothered to use the discs since.

Console though I have a big physical collection, mostly to support my local games shop who in turn support me. (I.E. They bought an Xbox Series X and are putting it away just for me for release day.)

Since I've been playing FS 2020 daily I'm now convinced streaming is not for me. At least five times a day the "Connection lost" message pops up. Not much of a problem since the game (like Netflix) caches well ahead and it usually restores within a minute. And if it takes longer you simply lose some detail until the connection can be re-established.

I guess Azure is fine, my ISP is not. It usually happens when 'school' starts nowadays. All the extra online traffic, video back and forth from online schooling puts a lot of strain on the internet. I play early morning and the connection always goes south when 'normal' people get up. If the entire game was streamed my plane would crash every time...

@Permalite yep shit happens. I lost half my Laserdisc collection in a sewage back up. It wasn't a big issue luckily, I had replaced them all with dvd or blu-ray already which are all up on shelves. The old Laserdiscs were sitting on the floor in a moving box in the furnace room. I mainly kept them for the covers which is kinda sucky they are gone now. The insurance paid out anyway and I bought more blu-rays :)

I simply don't 'feel' anything with a digital collection. Can't browse through it, can't touch it, can't hold it. It's not real to me. It's not mine. It's just something I have access to. Not good enough imo.

isuues are to be expected at this stage, a fast and stable connection is a must since cloud gaming does not have the luxury of buffing like Netflix

I believe it will pick up like 5 years from now with high-end PC streaming, when 5G and 4K streaming speeds will be the new standard

I am the same exact, I always buy physical even if it costs more, but I could live with a box with a booklet and a download code later on, and they could always include collectibles and stuff to make it special