Street Fighter for me is still one of the best fighting games out there with some of the most memorable and legendary characters in fighting game history. A lot of it is nostalgia I suppose since I'm 38 and grew up playing on arcades and spending hours playing SF2 turbo at my cousins house. However this discussion isn't about what game is better, but about the art style you'd like to see in the next street fighter.

As much as I loved the art style first introduced to us with street fighter 4,I've grown bored of it and the washed out look that comes along with it. It never looks clean and some of the abnormalities in body part sizes looks really weird.

I don't know why, but it seems to take longer to make these games too where other games pump out several games with equally as deep mechanics or more, whilst street fighter struggles.

I would love to see a return of sprites, with proper colours, 2.5 / 3D backgrounds, more details in characters and stages and the return of every character having their own stage.

Does anyone feel this way or is it just me ? Is there another art style you'd prefer over the ones we've seen so far?

I'd love a return to sprites but that just isn't gonna happen. Not only would it be seen as a technological regression, it's just much easier to create these games through computer technology.

The current style is fine for that purpose, but I wouldn't mind them trying cell-shading, like in the new Guilty Gear games.

As far as classic 2D pixel-art fighting games converting to 2.5D computer graphics, I feel like Guilty Gear has done the best job while King of Fighters XIV easily the worst. Especially when KOFXIII just last gen was still perfectly fine with pixel art, and it was some of the best I've ever seen. Also perhaps my favourite fighting game ever, but I digress...

Just recently the Samurai Shodown reboot made a great conversion to 2.5D as well, so that's another style worth considering. I don't think it'll ever go for the gory-realism of Mortal Kombat or edgy-realism of Tekken though. Thankfully. It wouldn't be a good fit.

Guilty Gear devs are amazing at their craft. Maybe Capcom should do a crossover thing where they design a Street Fighter game for them like Street Fighter vs Tekken.

I think I'm just really fed up of the washed out look. 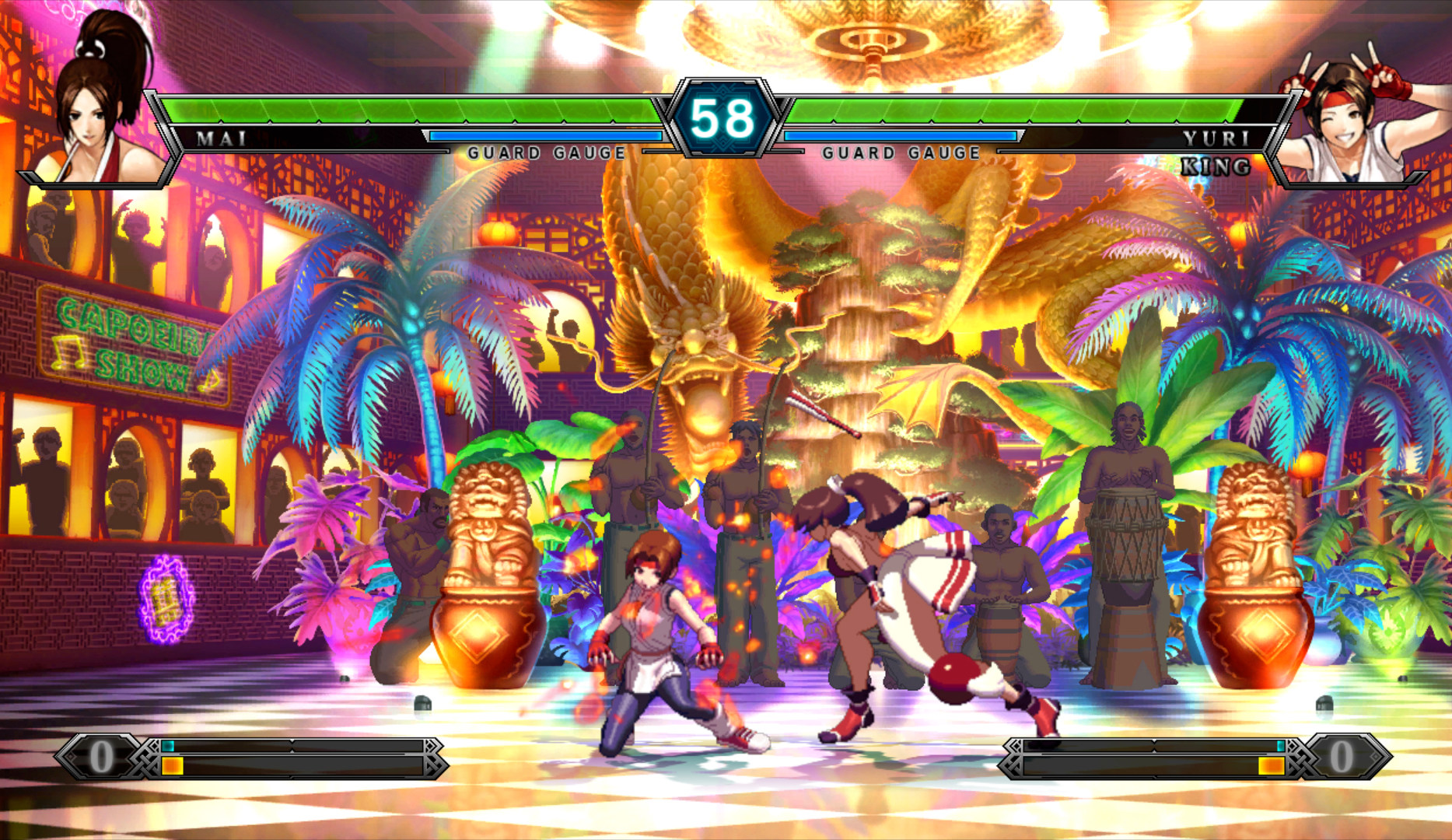 I like the way SFV looks, but I am always down for a refresh though.

Hand drawn sprites in the HD era are expensive.  Characters can have up to 3000 different stills of animation to draw, and it's extremely time consuming.  You need multiple artists per each character.  It's why king of fighters, and guilty gear also moved away from spites.

Not only that, it's a lot harder to sell palette swaps for a character, than it is to sell a new costume.

Look at the amount of costumes that are in Street Fighter V.  Doing the same for sprites isn't feasible, because you may as well just create a new character.

Sprites are expensive, time consuming,to the general public they make the game look cheapened, and you can't sell any meaningful DLC with it.

Far too many negatives, and Street Fighter, nor any game is ever going back to sprites after going 3D.  Though, King of Fighters somehow managed to find a way to look about as good as an early GameCube game, so if there was any game I'd like to see go back, it's that.

While we're in the mood for appreciating pixel art, check out the Samurai Shodown NeoGeo collection:

Not just the fantastic art either but also classic soundtrack. So damn good.

We just have to accept this era of fighting games is in the past. We won't see games like this made again, outside of possible indie throwback games.

I heard spirits are hard to do, but I'm wondering if they're isn't any tech to either simplyfy it or maybe go with cellshading.

There must be a happy medium where they can offer something more vibrant and drawn looking with the ease of development and ability to add costumes etc.

But I liked their one game one green approach this cycle.