Forums - Nintendo Discussion - Did Nintendo save gaming with the NES?

Did Nintendo save gaming with the NES?

Yes. The economic build and adoption of the system stalled the collapse created by Atari's fiasco and bought entertainment systems vital breathing room to restructure their approach to sales while growing and shaking off the stigma of being for children.

Yeah, it's the first modern style console and SMB changed how game design was approached, NES increased the market size making it viable to be what it would later become today as it allowing Nintendo the success they got is what drove SEGA to be bought by Japanese business and continue on in the market and Nintendo would later indirectly bring Sony into the equation after their own efforts initially fell flat for the market to become mainstream which prompted MS to then enter later on. The increased viability caused far more investment into the market.

I know about the what if arguments as the home computer market was still functioning after the crash but then piracy was a rampant problem for developers which would impact returns an issue that had no real viable solution until Steam took off plus the platforms were inconsistent causing their decline which is why they conceded the market to consoles and the 90s proved to be a rollercoaster time for the market as PCs came into being which would have become the main gaming medium if consoles weren't about and PC gaming prior Steam was a messy affair to the point things wouldn't have been mainstream which highlights the question would the market have attracted the type of investment consoles did and survive.

For example in the early 00s PC gaming was in serious trouble due to issues like piracy, compatibility issues and not being user friendly etc... For anyone who wasn't around or not into PC gaming in that period prior to Steam if games needed to be patched you had to search the web for developer or user generated patches for each game individually if the developer had gone under or any sites hosting patches were no longer live that's it you have no alternatives, you had to keep hold of CD keys to unlock your games when installed on a new PC, some games just refused to work with new types of hardware etc... It brought the market down to a point where EA who once tried to refuse to develop for consoles in favour of home computers declared the market dead now picture if consoles weren't around at this point as that was practically the anchor for gaming at the point as only a few were doing well with PC at the time. PCs required a one two punch of Steam which was mandatory with HL2 and later Crysis which pushed the new era of PC hardware to recover and eventually become a healthy market again.

If Nintendo hadn't done it, someone else would have. I do believe that.

In other words, yes. Nintendo saved gaming. Because they were the ones who did it, and not someone else.

That totally bypasses reality. The Famicom was released in Japan in mid 83 and quickly became a huge success. Nintendo only cautiously released the NES in the US in selected test markets before they went full out in mid to end 86 so they had already filled their pockets with 3 years worth of japanese money.

It is rather the other way around. Nintendo at the time was the only company who was able to ressurect the console gaming market in the US because they were the only company with the needed know how, third party backing of mostly japanese developers and most importantly the necessary fundings.

Are you familiar with the New York test market of 1985?  Go check it out.  No, someone else would not have done this.  It was single handily the boldest and riskiest move in the history of video games and was directly responsible for the resurgence of the US video game market.

Have any of you read the 1993 book 'Game Over'?  Or just read any review or story about it.

Most of my video game history knowledge comes from this book, "The Ultimate History of Video Games - from Pong to Pokemon and beyond" by Stephen L. Kent, which is a good read as well. 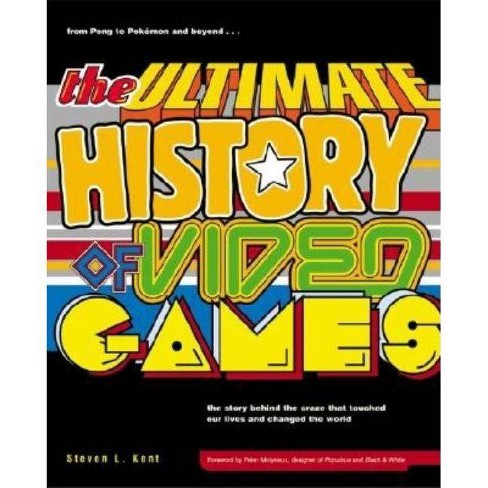 NES did what it did, we can't disconsider that. But, I believe arcades and mostly PCs would fill the gaming gap. And PCs back then weren't like today, when we talk about home computers we are talking about Windows Or Mac, maybe Linux. Back then there were commodore 64, Amiga pc, Msx and others. All of them being closed systems.

And Nintendo prior to releasing NES in USA by themselves they tried partnering with Atari to distribute the Famicom overseas. Nintendo has an strange historic of making terrible partnerships and shooting their own feet, like with Sony Play Station and Philips CDi.

Sega had created not one, but two relatively unsuccessful consoles during the time of the NES (SG-1000 and Master System). Sega Genesis was created as a response to the success of the NES with a push towards marketing. Had the NES not been a thing Sega probably would have seen the video game market as a niche market and stopped after their second failed system.