The logo was discovered on the website for Kingdom Hearts mobile game, Dark Road, but the website was quickly taken down afterward.

Nice. Please be for consoles and not another mobile game.

Sounds like a music rhythm action game. Seems fitting with how important music is to Disney movies.

So you think it could be a rhythm game? I doubt that, surely Square would release a rhythm KH game through their Theatrhythm series, like they already did with Final Fantasy and Dragon Quest. I don't think that Melody being in the title implies that it is a musical game. There is little reason behind KH spinoff titles, I think they just pick things they think sound cool. 358/2 Days, Birth by Sleep, Chain of Memories, Dream Drop Distance. My guess is that it plays very much like most of the other spinoffs do, with similar action RPG gameplay to the numbered titles, set between KH3 and the upcoming KH4. Possibly Switch exclusive, or multiplat including Switch (Switch/PS4/PS4/XB1/XSX).

I'm getting portable vibes from the logo, since all the KH games with subtitles/without a number have been for portable systems. Plus this one reminds me of the Coded logo. 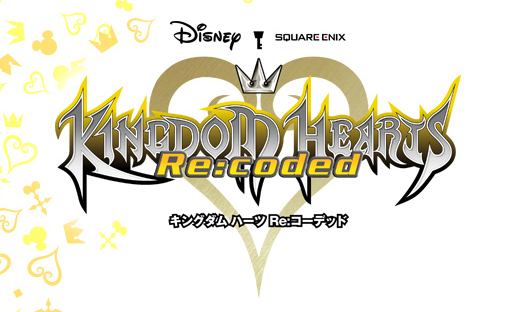 Well portable would just mean mobiles at this point.

Nomura's statement earlier this year implied that Dark Road was the only mobile KH in development. Chances are the other 2 new KH games coming before KH4 are either Switch exclusives, or multiplat (Xbox/Switch/PS).

It just wouldnt make sense to make it Switch exclusive. They HAVE to make the game compatible with a regular controller on the Switch since its a hybrid, so why not put it on the other consoles and make way more money? Also they have released The Complete Story on both PS4 and XB1, so I dont think they would make another console version not available to that fanbase.

The only reason I could see them do it would be if they made a deal with Nintendo. A very expensive deal for Nintendo.

Yeah, I agree that they are most likely full multi. Going back to doing the spinoffs as handheld exclusives doesn't make sense financially unless Nintendo were to moneyhat them, which I don't see happening.

Maybe a few months timed exclusive at best. Not sure that would be a good idea, but thats the best case scenario for Nintendo.