Usually, i don't see the point in dragging out these kind of debates. But, let's have a go at this one.

Don't expect the issue to be resolved and everyone to be satisfied by one game.

What the hell are you talking? The thread title is "Grade the PS5 Conference". One game? All the games!

Do you feel included? Do you feel that inclusion needs to only represent you or not you or only females or only males? Do you honestly think one game or franchise is going to solve everything? Some games will have gay protagonists, some black, some straight, some female, etc.

I grew up in a pre-dominantely white neighbourhood. For the longest time i was the only dark skinned human in the entire suburb. A satisfying answer? Maybe. It's a weird thing to ask if i feel "inclusion needs to only represent...". It doesn't make any sense. Until recently i didn't feel the need for my skin color to be represented more adequately. But while we're at it, why not? It is called D-I-V-E-R-S-I-T-Y. Not feminisation of videogames. Hypothetically speaking, why do i have to justify when i wish for more black protagonists in video games?! Yes, there is Miles Morales, the black spider dude. Not getting his own main game, it's not SpiderMan2, but hey, it's something, right? And there have been games with black PCs in the past, like Shadowman (PS1), a game i still own, Blade (PS2), Prophet (Crysis franchise), GTA San Andreas. From the top of my head. So why should i complain? Well, some games had female protagonists, homo- and even transsexuality prior to the "era of diversity". So why should anyone see the need to complain? What is this talk of more diversity in videogames? According to you it was fine the way it was before. No need to push anyone or anything.

Let's have a look at my collection of PS4 games, starting with...

the last of us/left behind (white male/white female) 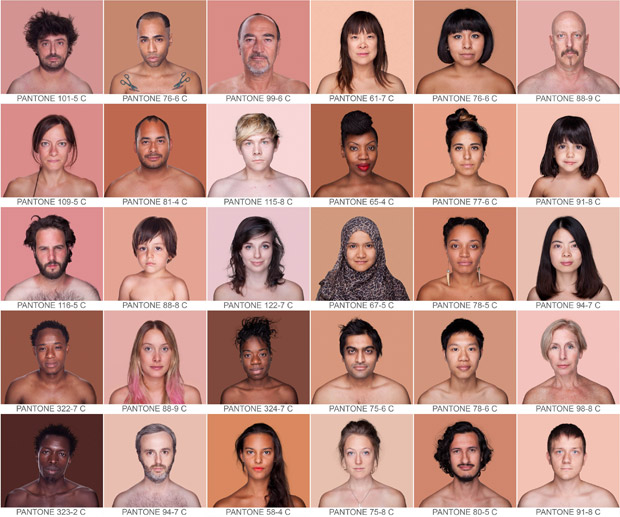 "Druckmann: When I’m introducing and describing a new character to our lead character concept artist, constantly she will ask, “What if it was a girl?” And I’m like, Oh, I didn’t think about that. Let me think, does that affect or change anything? No? Cool, that’s different. Yeah, let’s do it."

I wonder... what would Druckmanns reaction be to the suggestion of the next Naughty Dog game having a black african man as main. Curious, how it is constantly gender switching, but ethnicity/race is off the table. Maybe if a colored person is placed somewhere in Druckmanns vicinity he'll get something to think about.

Am not complaining, just to emphasize how ridiculous this all looks from my perspective.

To take it a step further. My predections:

You will be reading the title and think "not this again".

You will be watching the video and asking "what has this got to do with anything?"

I genuinely don't know what agenda you're trying to push, but you can't bitch and complain about inclusion initiatives just becuase they don't represent you specifically.

I'm not pushing anything. I am exposing the hypocrisy you're defending. Just because?! You're saying diversity and inclusion isn't really all inclusive and specific areas are reserved for a specific group of people. Not all people...

I don't need to be specifically represented or included to feel good about games that don't just cater to straight white males.

If you don't need it and i'm not supposed to need it, why should anyone feel the need to be specifically represented and who decides whos voice is worth hearing? Btw. thank you to decide for me how i should feel. How generous of you. How subtle. What color is your skin again? Maybe someone should need the feel to check his privileges.

The Last of Us Part II is a step forward, a symbolic showing that you can have female protagonists and lesbian/trans characters in a game.

Uh-hu. You're seriously pretending there weren't female protagonists, homosexual and transsexual characters in video games before? Of course...

I get the distinct impression that Zombael has no idea what side of the issue I stand on. All I know is I responded poorly to his response to me which he misattributed to I presume me being on the wrong side of the argument.

Zombael, man, I don't know what your agenda is based on your response to me in the first place, but ask literally anyone on this forum who has had any interactions on this matter and I think they'll tell you I'm 100% pro inclusion and diversity. I just assumed if you were arguing with me you were on the opposite side of that argument...which was super weird since you say you're a black man. That's why I said 'I don't know what your agenda is here'. and your response to that was an 'i dare you', so I dared. not because I had anything of value to say in that direction, but because you dared me. Like I said, 100% on the other side of the conflict that you think I am.

So, to clarify, what IS your stance on this matter so I can know if you're being a troll or sincere?

It seems safe to note that the general opinion is that Sony had a better conferences. let's see how the next "round" will be, possibly in August.

Yep, that matches with my thread https://gamrconnect.vgchartz.com/thread/242942/console-war-the-july-events-stand-off/1/