No WIT? Damn, that sucks. Still looking forward to it.

Seriously, I wasn't expecting anything like this for another 4 months at least. It really looks like they're gonna do these final arcs justice. 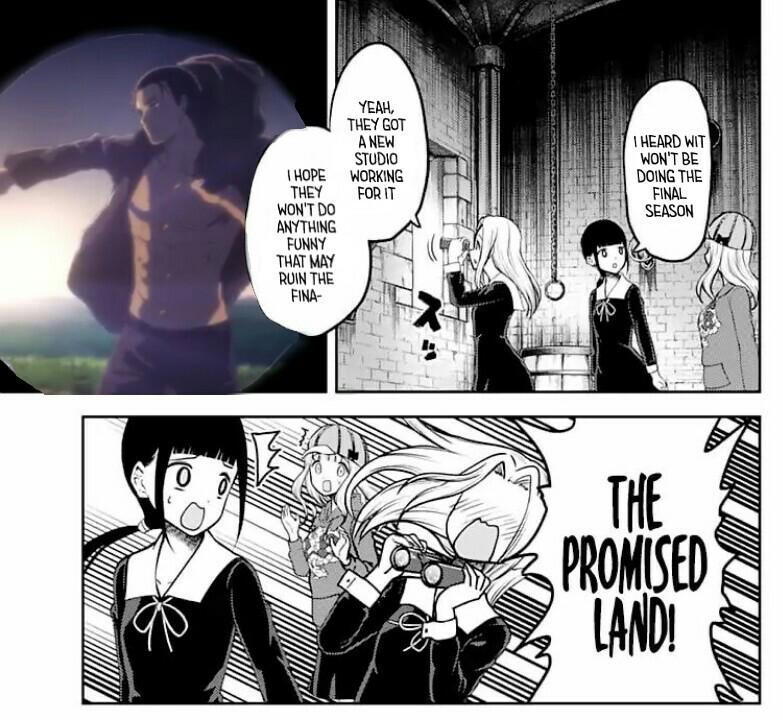 I hope they're not going off the book like GoT, especially when it's so close to ending. The trailer definitely put my fear of studio changing to rest though dayum!

I could be wrong, but,...was there even a book to go "off of" for Game Of Thrones? Wasn't it just fan fiction written by people with more latte stains on their shirts than brains for the last 2 seasons? Never watched Game Of Thrones.....Score!

All of those waiting for the 2nd season.... it will now all come to and end. Imo this is my most favourite anime series ever! Love everything about it. The fanarts for Mikasa and Eren will be INSANE..... lol

Yeah, as mentioned GoT had no book to go off for the last couple seasons. I can practically guarantee the manga will either be finished before this season comes to it's conclusion, or they'll split the season into two parts-- likely 2 cours (24eps roughly) this year, and 1 cour (12eps roughly) next year. The story would have a perfect cliffhanger for part one based on that estimate.

As far as staying close to the book, from what they've shown so far it seems closer to the manga than WIT's 3 seasons were. There were always some minor complaints that WIT were adding or removing certain details, to appeal to certain crowds. But nothing quite as bad as season 3 part 1 where they cut out a chunk of the uprising arc. If you don't read the manga it could be worth reading up on that, 'long as you're careful of spoilers.

Added a subbed version of the trailer to op.

That' really interesting. I never read the manga, so I didn't know that there were things missing for the first 3 seasons of the anime. I  but actually have vol.19 and vol.20 because they came with DVD AOV's.