Forums - Nintendo Discussion - How Would You Feel If Switch 2 Went Back To Fold Out Design (DS/3DS)?

A clamshell design would be better suited for another handheld-only revision of the current Switch, but an immediate question is how to integrate sticks that double as a button in order to be compatible with all games. A clamshell essentially forces circle pads in place of sticks.

Integrating a second battery in the top half is a stupid idea. It would increase the thickness of the device considerably while adding weight to the half of the system that isn't being held with the hands. You'd need some very sturdy hinges for that, but aside from that, the console would be too heavy to be comfortable to hold for longer play sessions (everything above an hour).

Since you'd have built-in controls, the chipset and battery all located in the bottom half, you'd have to make big concessions to the size of the battery. That's the reason why the Switch Lite revision opted for the wider design instead of a clamshell. As technology and battery efficiency improves, you could eventually make a Switch revision with a clamshell design, but for a new console it just wouldn't work because you'd either have a system that is too bulky or comes with atrocious battery life.

From a marketing standpoint, you'd also have the problem that you'd be making a handheld that connects to the TV because the console would have to ship with a separate controller for TV usage.

They would still have to have Joycons with the system I think, because you need a controller to be able to play games once the system is docked at home. So it could include two Joycons that attach together into a controller base for a home controller as they do now and you could take them along on the road to share with friends. And they could in that sense make them slightly larger or shaped differently for better comfort.

You would need them also for VR.

The GPD Win 2 has analog sticks that are clickable (or can be modded to click I guess, either way it's doable).

It also has a way, way, way bigger battery than the Switch (double the battery life for 8-9 hours usage), so that form factor, while yes is thicker, actually allows for more space for a battery.

A battery behind an LCD doesn't necessarily need to be thick, it can be a thin battery that goes across the size of the LCD at the top while being thin throughout for probably a 500-1000 MaH battery. That basically offloads the need for the base unit to power the LCD at all.

This is an ion lithium battery for example which is 1mm thick (which is probably overkill but doable), since there's a lot of deadspace behind a large display you could have a larger one than this but keep the thiness: 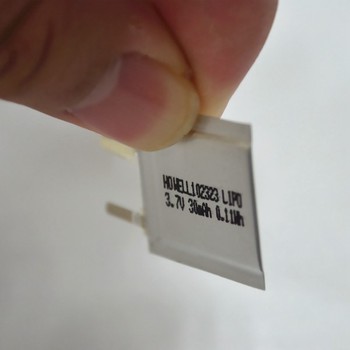 In thickness overall I think you're talking the same thickness as a 3DS/DS which is thicker than a Switch, but only about as wide as a Switch Lite (so less wide than a normal Switch w/Joycons attached). This would actually give you room for a far larger battery than what is there now (4310 MaH).

I think I misunderstood the OP as being about an actual dual screened system.

Still, I don't like this.  I think it just looks busy, and I can't really think of a way to make it not look busy.  I have nothing inherently against a fold up/slide up design.  Love the DS line and I think the PSP Go was pretty slick.  But I think doing that while also incorporating the Switch features is just doing too much. 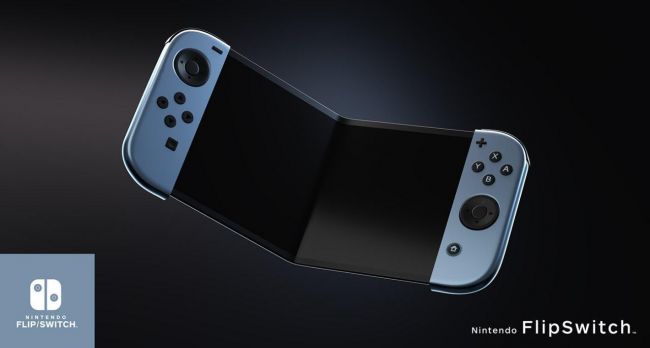 I'm not against the idea, but I wouldn't want one for myself.
As has been pointed out, the Joycons will have to remain attachable to the outside of the clamshell.
Both DS Lite and 3DS had widespread problems relating to the clamshell. The DS Lite had very fragile hinges, even a small drop off a coffee table could cause it to break. While the 3DS had improved hinges, they still had problems - wear and tear over time causes the hinges to loosen. The big issue with 3DS was the bottom screen biting into the top screen. So Nintendo really would have to make sure they get the design right with the Switch because Switches are much more expensive devices.

But the question from a company standpoint: What business and creative goals do a clamshell Switch contribute to?

Sounds convoluted. Why would they choose a form factor that made them have to ship an extra controller just to be able to play it on the TV when they already solved that problem with the Switch.

Basically, this is just a bad idea. You're taking what they learned from making the Switch and going backwards.

Rolstoppable pointed out plenty of flaws, as have I. Nintendo would have to make a series of bad decisions all just to accommodate a clamshell design. When instead they could just do the simple thing that works and doesn't involve a host of bad compromises by just sticking to the Switch design.

That form factor would allow for a much larger battery, the problem with the Joycons is from a hardware POV they're basically "free loading" off the main Switch while not really contributing anything, even battery power. So that means the main unit of the Switch has to contain all the hardware including a large battery in limited space.

So you're kinda stuck with a small battery. With fold out design though you don't need Joycons attached to the system, the controls can be integrated on the main unit making it less wide, but it could actually still be wider than the base Switch unit, that space could then be occupied by a larger battery.

I think the other thing is VR might be a big feature for Nintendo next-gen, Labo VR I think was the experiment working towards it, it could really put a fresh spin on a lot of IP like Mario Kart (which already is being tested as a VR experience in arcades).

The problem with the Switch being slid into a wearable headset is that it makes the display very top heavy, especially if the user ever moves their head slightly forward or down. You need a counter weight at the back which makes the whole headset even heavier. And that might be workable for adults, but for younger kids ... probably too heavy. In a fold out design it's possible the screen itself could just detach and that portion could slide into a VR head and be very, very light, ideal for VR/AR experiences that kids want to enjoy too.

I think they'll make a VR headset (official) next gen and probably have some neat Nintendo touches like much easier to use/less intimidating, lighter, few or no wires, and fun little touches like a blow motor that simulates air hitting the face (very Nintendo-ey). The problem with that is how you get the display. If it has its own display then it has to be pretty expensive like the PSVR is. If it has no display then it can be cheap (just a plastic mask) but the weight of the Switch becomes an issue if you're sliding the entire system in there especially for kids.

As long as I could still dock it and use it as a console as well as play on the go, they can add as many bells and whistles as they want to the portable experience as far as I am concerned.

I am 100% certain it will not happen, its so logical, with the success of the switch Nintendo will most definitely make the switch games compatible with the switch 2. They wouldn't make a screen smaller than 5inch, dual screen would just be too big.