Console sales and figures are really only for fanboys to fuel the fire on which system is better based off sales.

MS clearly dont care so much for console sales any more, and it was proof this gen they dont. They want software and service sales and the Series X is only there to compete nothing more. Its not there to win some made up sales race competition where the winner gets a made up gold trophy for selling more.

If console sales means so much than MS wouldnt be doing this multiplatform system aswell as launching IPs on other platforms.

MS has seen the bigger picture than just trying to sell 100m consoles.

Yeah I don’t really get this. Are these supposed to prove something relevant to this thread? Imagine if someone bookmarked every thread where someone downplayed MS or trashed their vision or intent or a new policy. “Binders and binders of threads” to paraphrase a former Presidential candidate 😆

Maybe. I htink they have that factored into their decision. The reality is that unless a PS3-level problem hits the PS5, MS are not going to compete with the PS5, imho. Besides, they have already moved to a model that they believe will keep their in the conversation, games on a subscription model. This move is really just an extension of that.

Well they don't care because they have been forced to. Not like it matters, they have made the decision to push GamePass because they believe that is what the future will be. It may be, or it may not. It's too early to tell.

and tbh, none of their games. bar Minceraft, will do anything remotely like Pokemon GO. That is a strange example because GamePass is most certainly not going to going to encourage massive spikes in game sales.

And honestly, while I think what MS is doing is a positive thing, your final statement is incredibly random considering just how money Sony is making off PSN alone. If anything, Sony is probably still poised to make more money than what GamePass will bring MS. But we will see. Without hard info on the different consoles. lineups etc etc, its hard to tell who is making the more correct move, or the more beneficial one is perhaps more apt.

Then why Microsoft are still making consoles??? PC and Cloud is more than enough isn't??? Or bring gamepass to Playstation or bring their games to Playstation community who has  million consumer

"Console sales and figures are really only for fanboys" - Ridiculous

Console sales create a userbase that drives revenue and profits. There's a reason Playstation's profits are higher then they've ever been. They've got 106m consoles sold, generating money through 1st party and 3rd party software, and have 38.6m people subscribed to PS+.

You want to think its based off that, and you are wrong. Win or lose in sales, only matter to fanboys, there is no winner or loser if both businesses are making profits. History lesson, the moment the OG Xbox released, MS tried pushing for Windows Live games, remember that? except back in the older days it was a lot harder to implement. Now that Windows 10 has become very compatible, MS are again pushing for greater success with bringing the PC and Console markets together. Xbox exists only to push Direct X and Subscribers, they don't care what PS earn, MS make money off PS anyway. Sony is not in bracket to threaten MS unlike Apple, Google and Amazon. Sony can continue to outsell Xbox while MS aim to open the market up and find that sweet spot of.

Sony are also very limited in the console space, the console market is only so big and those subscribers can only be so high. Sure Sony are making more money than MS this gen and that isn't rocket science, however considering the entire gaming market, its peanuts to what Sony can actually be making. Why do you think Sony invited PSNow and brining there games to PC? They see the market too.

To have there toes also in the console market, To support there Direct X, To push subscribers, to gain profit from the console industry as well as other market spaces. Microsoft wont drop Xbox and be replaced by PlayStation because of one little thing, PSN. If PSN didn't exist than that might have been a possibility however PSN is a direct competitor to Live and without a home console to drive Live members, going PS, Sony will push PSN over Live and MS loses control. Having there own platform will support Live, GamePass and Xcloud in the console space.

Tell that to Steam.

Right, companies don't care about being the market leader... 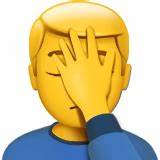 Then how they able to support console if there is no console sales ?

Also isn't directX is PC based  and not consoles?

"Console sales and figures are really only for fanboys" - Ridiculous

This will always be ridiculous, it remains nothing more than for fanboys to flex there muscles. You can sell Live to those without an Xbox, you can sell GamePass without an Xbox and you can continue to generate third party revenue without an Xbox, that is not impossible. Its called a market, it doesn't just revolve around the console industry and the main big 3 brands. The Mobile market alone is huge and dwarfs the console market. The PC market also continues to grow, just ask Valve how they do it without dedicated Hardware.

MS are big enough to compete on all fronts, hence the Xbox Console, Hence the PC market support, hence multiple device direction and Streaming. They want more money than just 100m consoles sold and 40m Subs, they want the billions of other gamers out there, MS are a mega corp and mega corps always aim big. The console industry tends to cap out around the 200m to 300m gamer mark. If you think the PS5 is going to double the PS4 sales and subscribers than that's wishful thinking not with the other markets growing. Lets wait on that one, I will gladly admit I am wrong if the PS5 sells 200m consoles next gen.