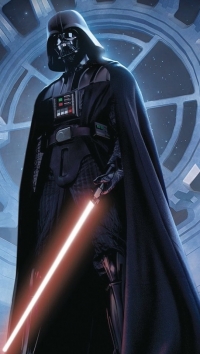 Well, since I run a website for video games –in spanish I might add– and we do a GotY list every year, I find it fit to submit the links for each year of this decade. The list for this year is missing as we are still debating about it. So, ignore the language and just focus on our GotY selections for each year if you find it interesting to follow the links to see the whole list, most of them are your GotY picks anyway.

Fire Emblem is about as Weeb, as things get.
And if your fine with that, you should be fine with more or less anything else, japanese.

From what i played to conclusion (only owned PC, PS3 and PS4 and I only played a few Wii/Switch games for shorts periods of time)

2010 - Red Dead Redemption (if Final Fantasy XIII counted as a 2010 game for launching in the west that year instead of 2009 like in Japan, it would've been my GOTY)
2011 - Uncharted 3 (was a disappointment at first compared to Uncharted 2, but it was still my favorite game that year)
2012 - Mass Effect 3 (I don't care what people say about the ending or the game overall, even if they're right, i just loved that game to bits)
2013 - The Last of Us (My GOAT game)
2014 - Destiny (worst year of the decade by far....but i had to choose something)
2015 - The Witcher III (Strongest year of the decade, Metal Gear Solid V, Bloodborne and Batman Arkham Knight were top contenders too)
2016 - Uncharted 4 (Another weak year for my tastes because Final Fantasy XV and The Last Guardian didn't reach the levels i expected from them after so many years of hype)
2017 - Horizon Zero Dawn (My biggest surprise of the gen and one of my favorite games ever, although props to Nier Automata too, a top 5 game of the gen for me)
2018 - God of War (PS4 best game, enough said)
2019 - Death Stranding (the most original and unique triple AAA game i ever played, just unforgettable).

I wish i could've played more of Super Mario Galaxy 2 and BOTW, but it wasn't enough to consider them for GOTY.