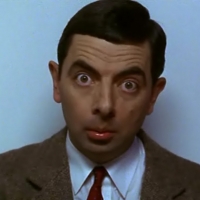 If they stop censoring games, that would be a good start. As long they don't, I don't care about the new features cuz I wouldn't buy it.

Luckily I'm not too bothered by the lack of waifu cleavage.

Ah, lighting effect. When my brother years ago asked me what the improvements in Graphics were between PS3 and PS4, I said "Basically lighting effects."

It wasn't waifu cleavage they were censoring. It was the questionably aged characters in sexual situations. People want waifu cleavage, DoA Xtreme Volleyball 3 is still purchasable.

Torn between USB-C and improved batterylife for the controller.

Lots of improvements, but those are the ones that's bothered me the most on the PS4 :P

Besides SSD and Ray tracing the rest is almost irrelevant, just adopting to current standard.The thing I'll be most excited is game.

Everything LOL. Cannot wait any longer .

I am not concerned about the features as much as price. I am assuming that I will need to upgrade the HDD with some sort of external. So I want a $400 price tag. Price will drive my purchase probability.

Dont fix if it aint broken.
Of these I gotta go with the SSD. Controller being a close second.

Adaptative Triggers sounds the more interesting of the bunch since the rest imo was already discussed and follows or so the latest advancements we were waiting for, although most of it looks so pricey that I won't be surprised when they unveil the 500$ pricetag.