If you're curious wouldn't you welcome a complete Midgar? As for your "mild concern" about Midgar being too big with a lot of content from just a few screenshots. It completely defeats the whole purpose of the Remake. I mean it's like you're not forced to explore every inch of Midgar. It sounds like you never played a Final Fantasy game before.

edit: In the single player Final Fantasy games the side quest were never mandatory, especially in the original FF7, but don't get me wrong, I understand where you're coming from. I play FFXIV, and for example they really did have some bullshit filler fetch quest in the beginning. (Good thing they're cutting it out in a future update)

Lol, I've played VII at least half a dozen times. I was probably playing and beating III (VI) before you were born. I also played II (IV) IX, X and XII multiple times. Enjoying a game doesn't mean I want to explore every tiny corner.

Best remake to date is RE2.  Followed by Wind Waker HD.

Adding meaningful content is logical.  Adding content for the sake of content isn't.  Having questions and curiosity is logical.  Defending and insisting a game none of us has really played isn't.

I edit my post a little too slow, check it out. Also this isn't a contest, I'm just saying what it looks like to me.

But for real, looks great so far. I am so excited!

First two sentences is true, but how do you know if FF7R content is logical or not? I was willing to let your doom and gloomly concerns go, but you've taken this way to far by contradicting yourself. I don't see any hint of curiosity in your post, except for one question you asked about how Midgar can be +40 hours without "filler crap"

You have not played the game yet but you already in a subtle way claim FF7R have too much filler crap based on a few screenshots and because it's a modern game.

Immersiveunreality already answered you. And your reply was still you're worried about fillar material, I guess because it's a modern game?

So far from all this it seems like it does not matter how many explanations we can give you based on what is known. You've already made up your mind. What makes it worse is that even-though I'm trying to show you with reasons from the lore of FF7, you've brushed it off as if we was blindly defending the game. That is not the way a person who is curious and is willing to debate would act. 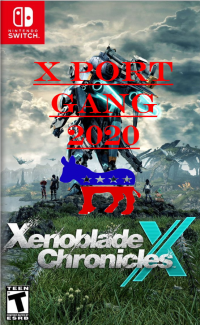 I think this discussion is going on far too long. We're going in a direction where both sides are going to have to put in more effort and evidence to justify their viewpoints, which are becoming more specific as the conversation goes on, even though we have very little to go on to begin with. That kind of push for "evidence" isn't sustainable because we don't have much at all.

All we know is that Final Fantasy 7 Remake is huge, with just Midgar alone accompanying one part. A lot of that size could be graphics, dialogue, etc., but considering it's on two discs it seems very likely that the content has been stretched out significantly.

Frankly, it's unfair to lambaste someone (99% sure your unedited comments were a lot more negative) and act as if they must not know a lot about Final Fantasy for dumb reasons like "Well, the old games had skippable sidequests" or "there was a lot of cut content from the game" - because you really have to stretch that reasoning out in order to attempt to make a point out of them. Most sidequests in games are skippable ... that's what makes them sidequests. However, it's silly to act like games don't balance themselves around sidequests, or that the price tag isn't fit specifically for people who want that kind of value off the title (you are going to have to buy 2-3 games just to rush through the story). As for the cut content, who cares? Cut content in games is often cut because it isn't that good. And considering they're adding lore from the extended universe of Final Fantasy 7 - easily the biggest stain on the game's legacy, there is no guarantee this extension will work.  Especially when you backpedal and act understanding when your tone and attitude was very clearly dismissive and harsh.

Don't accuse people of already making up their mind when 7 hours before your post they literally say "For clarity I am not saying the game will be bad nor have problems. I just have mild concerns, but absolutely agree I won't know until I play it.  Point being concerns and complaints are not equivalent."

This wouldn't have gone on for this long if you didn't post a really juvenile mischaracterization of people who might be concerned about the game's length.

I think you're adding on to a none issue about a "mild concern" don't you think. Well thanks for adding your 2 cents. First and foremost you're repeating what I said about how we don't know much about what they're adding to the Remake, all we do know is that the lore is huge, and that there is 8 sectors that we can possibly explore instead of 1, and on top of that the cut content from the original can make their way in the Remake. Mind you we don't know why they were cut from the original. Memory issue, or something else, we don't know. However it's a valid reason that holds more weight than it just being a huge modern game.

4 hours later he said (quote below). Clearly the dude have made up his mind. Clearly you have not thought this through.

Yes in my comment that was meant to summarize and end an entire conversation, I ended up restating some things you already said. Who would have thought.

"4 hours later he said (quote below). Clearly the dude have made up his mind. Clearly you have not thought this through."

That's literally what I opened my reply to you with!

It would be better if everyone, including me, just moved on.