It's because they're the only ones that can have that procedure. Considering the risks for women with birth control, and pregnancy, it would be the more reasonable alternative.

But things are the way they are. You're right, you can't expect someone else to do it.
Though if someone suggests that all/most responsibility is on a woman, these are the reasons for why I found that particularly strange.

That and I'm white knighting all women.

If you're talking about planned pregnancies, then I suppose I can understand the reasoning.
For unprotected sex in general, you could change the sentence to "if men who want unprotected sex got vasectomies". It's safer and more effective than birth control.

Where do you get the stats from that men are mostly responsable for unprotected sex,do you assume that because you personally think it is logical or do you have a source to go to see the numbers?

Bolded:Do you mean that sarcastically or you think the "knight" part makes it a positive term ?

White knighting women is by definition is a pretty ugly behaviour.

A person with low self esteem who combats this with a unwavering need to aid others who may or may not need it. They usually have very isolated personal lives as they are very judgmental of others, surrounding themselves only with those who feed their desire to help and feel as a savior. Most commonly sighted in young men in regards to women, this is only a lesser form as it is usually only temporary, fading with life experience. More serious cases occur in correlation with chronic self esteem problems where the person needs to maintain a high view of themselves through self rightious acts of kindness. These people enjoy surrounding themselves with troubled individuals, who form a farm which is harvested for what they use as pseudo self esteem.

It might be discussable if it borders to or is sexism.

It's pregnancies as a result of unprotected sex, and it should all be in my previous posts. But to summarize:
A woman can cause pregnancy ~24 days a year. A man can cause pregnancy 365 days a year.
The ones who primary push for unprotected sex are men, for obvious reasons.
And if they want to have unprotected sex, men can have vasectomies which would eliminate any unwanted pregnancies, and it doesn't come with the risks or list of nasty side effects like women's contraceptives. (Blood clots, heart/health problems, heart attack, stroke, etc.)

White knight was in reference to Rol's post.
I'll leave it to you to decide if it was a joke.

Now give me your Soul Eater.

Maybe you are right yes i'm too focussed on in relationship sex and i know shit about the overall stats but i don't see the same logic as you atm because while a man has more chance to cause it allround the year a women KNOWS when there is a high chance to get pregnant so clear communication is very important at those times.

Bolded: K got it,skipped too much reading and took it serious so excuse me. :p 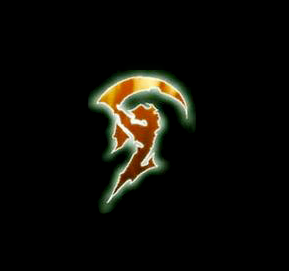 Considering the size of the state there is plenty of space for housing and apartments, just look at countries that have more population in a smaller area.

Yes as long as we accept that both are equally responsible for taking care of their interest and in the case of sex men wanting to use condom and that woman takes pill, while woman takes the pill and insist man use condom. Plus of course if you want to be a bachelor fucking all around certainly vasectomy would be a minimum.

Errr the man can't make a woman pregnant when she can't make herself, so just because male can make a woman pregnant at any time he have sex that woman would still need to be during fertile days (which isn't just 2 days a month anyway, it is about 3x as much because semen survives inside the womb). And unless you are considering odd cases of a man that have sex each day with a different woman and all of them are in fertile window and accept to do without protection but only after forcefully insistence then that would be a very odd claim from you.

Yeah, it's considering sex with multiple people. I suppose it's to highlight how many pregnancies a single man can cause while 'pressuring women into unprotected sex during unsafe days' as a factor. But a fertile woman needs to be involved in each case, so depending on how you look at them being pressured into it, it doesn't necessarily add anything to the conversation. 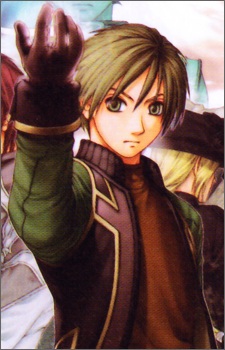 Imagine what the cost would be if they built this system in America or japan? real wages? don't blame the tariffs.

The real shame is that with Tariffs possibly causing companies to relocate and China no longer able to steal patents of electronics, how is Soulja Boy going to make another system for the masses?

The issue isn't a lack of space.

Some areas are actively fighting against more houses being built.

I suppose it becomes a debate on how many billions of dollars is massive support for illegals.

In practice sanctuary are more like cities illegals simply dwell in and may even get benefits, even if they commit crimes. I dont understand this myth that police kick out every illegal they see. If thats the case then theyre doing a terrible job.

Politically Im where center used to be. Your arguments have always been left of that. Dems right now are in the far left. Republicans have found themselves more to the center, unless its a very conservative state. I dont agree with all republican views but I find myself siding with them more just for being closer to the center.

What if the middle class cant afford the tax hikes along with a private healthcare premium? Dems dont want to admit that will happen with their plans. Democrats want options, high taxes reduce options so the politicians lie.

Its a mix of high taxes and too many regulations that have people fleeing blue states. The thing is you arent acknowleding democratic cities have thrived in the past and are seeing a massive decline in recent years. If they were simply run better they would keep growing. People want to live in big cities and democrats keep chasing people away.

In the grand scheme of our spending on the wall is a drop in the bucket. Many more billions go to dealing with illegals. The wall works but not on its own and frankly has become symbolic. Simply throwing illegals out would actually kill demand for a wall.

I did a quick searxh on Mexico's welfare in general, its pathetic and I dont see universal healthcare.

High taxes arent something the dems can run on. They are trying to convince people it will be paid by the rich. Its a lie and many of the illegals wont be able to pay much tax and provide for themselves entirely. They arent exactly highly educated.

We dont know how many illegals are actually in the country, now count is really done for ideological teasons. Estimates vary from 10 to 20 million. Some estimates believe 100K enter monthly. Another $4 billion just went to providing additional care for illegals coming. The whole thing is a mess, thats reality. What has declined is people coming from Mexico while people from other countries has increased.

Indeed, a lot of resources does go to the elderly and rightfully so. Perhaps we arent collecting enough taxes to simply take care of that, perhaps people retire too early and maybe the government is doing a terrible job negotiating healthcare costs (because they suck with money). Essentially we have a government doing a terrible job balancing our current budget yet want to spend significantly more with new social programs. You're actually helping my argument.

I've argued if our government can't find a way to provide reasonably priced healthcare for 100+ million of whatever number they provide for. What good can we expect from another 150 million they hope to take from private providers?