This game's reveal has been quite relieving. So many great details
-All the character designs have been stellar.
-Midgar visuals are glorious
-Game utilizes a mixture of Action and slower Strategy based combat. Seemingly borrowing aspects of FFXII and XIII.
-Strategy of the combat hasn't been lost but evolved.
-Cloud, Barrett, Tifa, and Aerith each seem to be unique to play and offer something different. Very Akin to Tales of Xillia but less cumbersome between characters.
-Dynamic environmental interactions such as using barriers
-Combat movement versatility: Air attacks, dodge rolling, Strafing, ducking, etc.
-Brand New Scenarios like Cloud on Bike with Jesse, Aerith and Cloud being swarmed by spirits/phantoms, Sephiroth appearing to Cloud
-This First Part of the game is large enough to Fill 2 BluRay discs, which gives me faith that even if the game ends with Midgar, the meat will be valuable and substantial.

Truly imagining a Midgar so large that Cloud can and will travel from sector to sector on Bike. Brand new storyline elements with the short lived Jesse, Biggs, and Wedge.

The worst part is having to wait till March to play this game. Hopefully the rumor of PS4 demo coming turns out to be true.

Can we take a moment and reflect on the fact that you need to smash the Scorpion's butthole to beat it?

This is finally looking brilliant, the Battle system isn't just a hack n slash and has tactical elements! The fight against the sentinel looked awesome. I'm happy right now.

Now this is an actual battle system I could get into, no press "O" to win anymore ... except the square command becomes automatically useless since you know that you'll need your abilities/spells to get some actual damage ... I feel like this might exhaust some easy battles for far too long.

Cinematically, the scorpion boss fight looks great but in actuallity, it looks like they've dragged it out for FAR TOO LONG. BTW, if this is the boss music ... well it's crap, I'd prefer to swap it out with OG completly.

Finally, it's nice to see some ambition that might end them up in good fortune once again, problem is ... it will be a multi-part series like I feared.
My best bet is to buy it with a PS5 when the obvious complete collection will be available.

Spoiler!
It's Cloud though, the one slashing that bunghole. lol 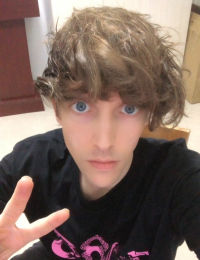 This game is coming to xbox one?

Id love to wait till its fully out but I simply wouldn't be able to. Knowing its out and people are playing it would be too much to take haha. Hopefully each episode it quite long

Should've waited for next gen.