And that's actually a longer time than most movies, because of how successful it was. For reference, Detective Pikachu, which released 2 weeks after Endgame, is coming out on home media tomorrow. The general rule nowadays seems to be 3 months - Endgame is getting almost 4.

How exchange rates affected the gross: 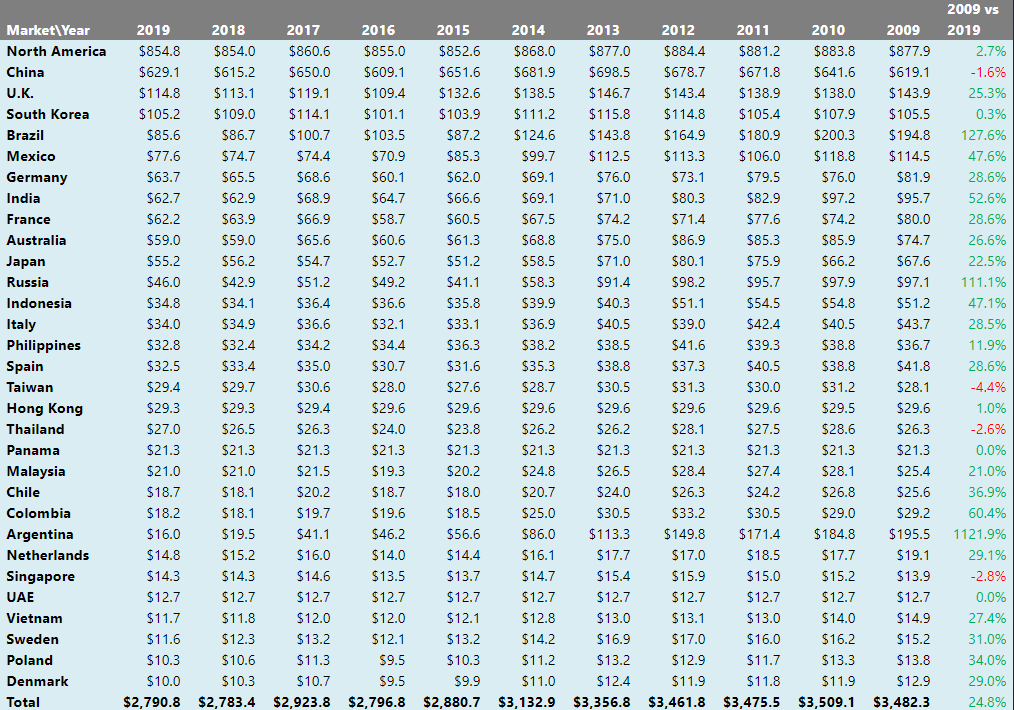 The exact same number of people bought tickets at similar local prices but the return in dollars is abysmal in comparison. 2x less.

Someone compiled this here:

In my mind there are only two charts that matter:

1) Worldwide, not adjusted for inflation

Currently, the first chart has Endgame at #1 and Avatar at #2 (though they are extremely close).  This chart is a nice, objective, worldwide standard although it has the disadvantage of being weighted more toward recent movies.

The second chart has Avatar at #15 and Endgame at #16 while the top two spots are Gone With the Wind and Star Wars (Episode 4), respectively.  The chart is nice in that it gives a good ranking for how a movie has done in the grand all-time scheme of things.  It has to be domestic (US and Canada) though because A) if you go back far enough the movies didn't have much of a worldwide release, and B) every country has different rates of inflation and exchange rates.  (I believe this is what the-pi-guy was talking about a couple of posts ago.)  Because of these two factors, the only objective way to rank a movie for all time is to adjust for inflation but look at domestic only.

So, those are really the only two logical charts.  Either you take one that is modern and worldwide or you take one that is domestic only but goes back to the beginning.  So either Endgame is the top movie of all time or Gone With the Wind is.  Avatar no longer has this crown any way you slice it.

It turns out more people saw Endgame than Avatar as well due to Avatar having 85% 3D admission and Endgame only 50%.

Meh.
Don't care about Avatar and still prefer Titanic over this movie.
Too long for my tastes.