Forums - Gaming Discussion - What should Microsoft do?

And then there's the wildcards of LittleBigPlanet and Killzone 2. The former may start off slow but should have excellent legs, and the latter depends on the quality of the final game. It looks stunning, though.

Also, Ninja Gaiden hasn't broken 2 million between NG, NG Black, and NG Sigma combined, so I don't think it will do much.

Those games are good.


But back to the question again.

I don't think Microsoft needs to do much else except ensure that there games hit the deadlines because the above games for the PS3 are no 360 killers.
I also think Ninja Gaiden 2 will be a huge hit from the gameplay videos and screenshots. It won't be as big as MGS4 but it's going to be a solid title which should even gain some ground in it's native Japan where the PS3 is also struggling of late.

I think MS is actually doing fairly well. Here is what they need to do this year.

1. RROD: Fix the hardware quality issue. Anything over 2-3% is unacceptable. Make sure people know it is fixed, otherwise it will not help!
2. Hardware redesign: Cooler chips, smaller form factor, quieter drive, wifi.
3. Drop the number of models down to just two. No HD model/80GB model. Let users add/swap drives themselves.
4. Drop the prices to $170/$250 by Christmas. Pack in casual games for the cheaper, hardcore games (GTA4) for the expensive model.
5. More Internal development. Ramp up internal development (or buy a studio). 3rd party exclusives are becoming rare, so make your own. High quality exclusive franchises sell systems. Make your own Mario/Zelda quality franchises that appeal to more than the hardcore gamer.

I totally agree with you. On point 5, i'm hoping Rare fills in that gap with Banjo Kazooie or a quality Perfect Dark. But really they need to develop something new. I would say that Master Chief is Microsoft's Mario though, which really says something about their audience. Hell it could even be Marcus Phoenix! Microsoft really needs Rare to push the casual stuff and it will be interesting to see how they incorporate the new remote.

As long as the 360 exclusives keep ending up on the PC after a while MS will never manage to take advantage of its exclusives as well as Sony or Nintendo.

I will admit there are some 360 games I would like to play but I know that by waiting out I will get them on the PC anyway.
To get the PS3 or the Wii exclusives you eiher get the console or you just don't play the games....

Trying to keep the PC market healthy for Windows is really doing the 360 a disadvantage...

I know not everyone has a good PC but I play WoW so the people I talk with do have a decent PC and I can tell you that this fact weights heavilly on their console buying decision, a lot of them don't feel the 360 is differentiated enough from the PC to warrant purchasing one over a Wii or a PS3....( I'm speaking somewhat casual gamers here that spend a lot of their gaming time in Wow( their wow gaming has nothing casual, their gaming outside of wow is) and not so much outside playing on a console, not hardcore people that have to get a game the day it comes out..) 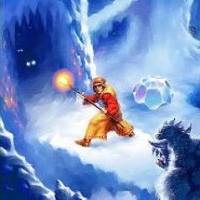 I have a 4 year old pc. I'm using the 360 for the same game instead of on my PC because of that reason. I'm doing that because my PC does everything I need now of days instead of playing all of the newest games.

Because of this I'll upgrade my PC at a much later date. I know of a few friends that feel the same way.

Sadly, there's not much Microsoft can do anymore. They went and shot themselves in the foot, by not making the 360 future-proof -- no next-gen drive, no option to plug in a bigger hard drive, some models without any hard drive at all. The PS3 was already a far better value for not that much more money.

And then they proceeded to reload the gun... and shot themselves in their other foot with RRoD. It's not just crappy hardware, they lied to us consumers for almost a year about the problem (remember Peter Moore's famous response to an irate customer: "Things break"), until impending class action lawsuits forced them to change their tune.

They're done for this generation. Bag 'em and tag 'em.

You can plug in a bigger hard drive, even if It didn't come with one. They don't need a next-gen drive to play next gen games(look at the PC). PS3 has to wait for any real games to come out.

RRod is getting better with the newer systems they are putting out, plus Microsoft will help you out with the three year warranty(unlike Sony not giving a f*ck about there PS2 drive errors and doing nothing about them).

So ya stick with your fanboyish mentality and stick with the system that promises so much and gives so little.

Point 2: A BD drive allows PS3 games to be far better than 360 games simply because it provides more space. Will multi-plats be that different? No. (devs can't make them too different or risk backlash. look at Madden 08 for PS3) But PS3 exclusives will blow 360 exclusives out of the water simply because the DVD is not big enough. Look at Uncharted and GT5:P. Those are both 2nd gen PS3 games and they blow 3rd and 4th gen 360 games out of the water even though the PS3's hardware is more difficult to program for. The reason for this is not because of the pow3r of th3 C3ll, (though it is slightly more capable than the Xenon) but is simply because 9 GB is not enough space. Oh, and did I mention that the PS3's BD drive won the format war? That's a FAR bigger market than the VG industry can even HOPE to reach. -->fail

That's what I thought -->fail