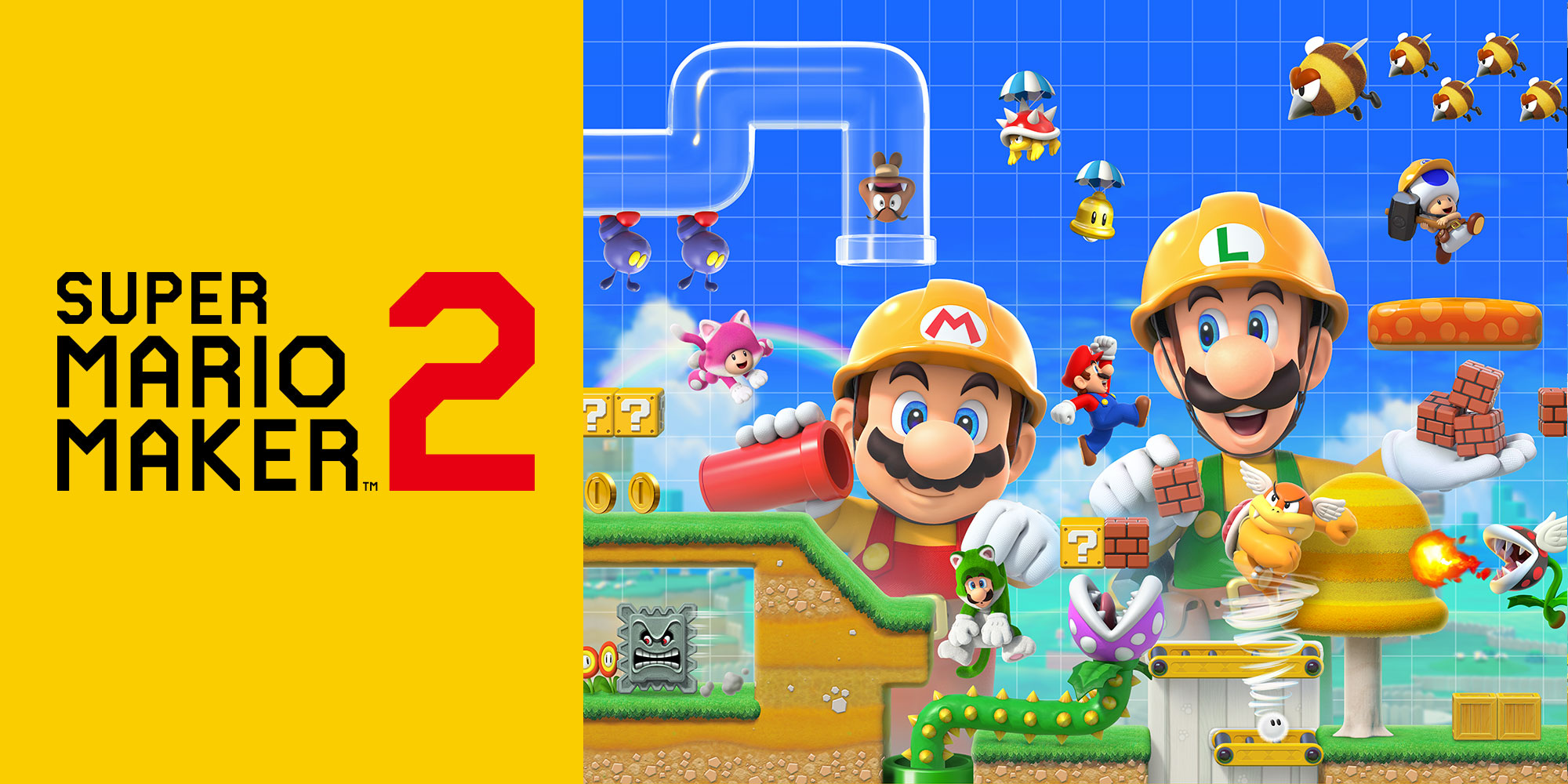 One of the highlights of the February Nintendo direct was Super Mario Maker 2, which looks to bolster the mechanics of the original with a bunch of new bells and whistles.

My question for you guys and gals: if forced to choose, would you rather get Super Mario Maker 2 or a brand new 2D Super Mario platform game with no user-generated content? What's more important to you: level editor tools or a traditional single-player adventure?

New 2D game with a new art style any day. I want something like the Mario box arts from the late 80s/early 90s in game, the 2.5d look is so dated, bland and boring. Any maker game turns me off (not my thing at all).

I like both but if I had to choose one new 2D Mario.

Super Mario Maker 2, unless it's a New Super Mario Bros. game that is to the series what Breath of the Wild and Odyssey was to 3D Zelda and 3D Mario. I have enjoyed the NSMB games a lot but it's time to move on to the next level.

I love Mario Maker, but personally, I'd definitely choose a brand new 2D Super Mario. As long as it ditched the "new" theme of those last games.

I agree; I love both too.

The level editor features in Super Mario Maker are so accessible, and stepping into the shoes of a game maker is a lot of fun, but for me the fan-made stages in SMM just don't compare to the thoughtful, creative levels the professionals make.

Both! However, I think that Nintendo needs to take the Octopath approach and put a spin on sprite art! The original NES trilogy looks far more appealing than the bland, plastic look of the New SMB series! It isn't even just the art style, though. The NSMB games, though well made, simply aren't as fun as the old games. If they could figure out a way to do justice to the old games with a new art style, or a spin on the old style, that would be the way to go!

But I definitely want them to make Mario Maker!

I chose a new 2D Mario, but my true feelings are

I want a new 2D Mario as long as it is a high quality game.  I feel that the Wii U game was a half-assed effort, and I like Mario Maker better than that.  I think the 3DS Mario game was half-assed as well.

There's a fair amount of thoughtful, creative levels in Mario Maker too, they're just harder to find. The level searching is definitely something I hope gets improved in Mario Maker 2.

OT: Definitely Mario Maker 2, I enjoyed the first one a lot more than any normal 2D Mario.