FLOPS alone are not a very useful metric of judging relative performance when comparing chips of different architectures, made by different manufacturers, released years apart.

As for the speculation of power, this isn't 2016, the Switch is a known quantity at this point at we can say with certainty, that no, it's not close to even the base Xbox One in power, however, it is significantly more capable than Wii U/PS3/360. Not only do we know the exact specs, but there have been numerous multiplatform games that ably demonstrate the difference.

First, you're likely remembering those games as looking as amazing as they did back in 2011/2013 rather than how they look today.

Secondly, there are no games on Switch that attempt a similar visual approach to those games and invest the insane amount of money, manpower, and talent that went into those games.

That said, games like FAST RMX, Outlast II, and even cut-down ports like Doom and Wolfenstein II eclipse anything PS3 or 360 ever produced on a technical level.

There is no speculation.
Flops is calculated via Clockrate X Number of Pipelines X Instructions Per Clock... And it has been a known quantity for ages now.

For Half Precision tasks... Double those numbers as packed math allows for two operations to be executed at once. - Thus we get 314Gflop and 786Gflop respectively.

Flops isn't everything. Even if the Switch had the same or more Flops than the Xbox One, it would still loose.
Flops is a theoretical number, not a real world one... And games need more than flops, alone flops is pretty useless, just like how bits is pretty useless in gauging a chips entire capability.

The Switch however is certainly using a Graphics Chip which is more efficient than what the Xbox One has, so it's capable of doing more work per flop... The Xbox One just has brute force on it's side and really starts to come into it's own once Asynchronous Compute and the ESRAM is leveraged.

It's not always a black and white comparison... Everyone is just fixated on a singular arbitrary number and you will always end up being wrong because of it.

It is a big step up above the WiiU, Xbox 360 and Playstation 3, the games have proved it.

Reduced precision comes with the caveat of reduced visuals. - So developers will use it where the visual trade off is worth the performance increase to bolster image quality elsewhere. 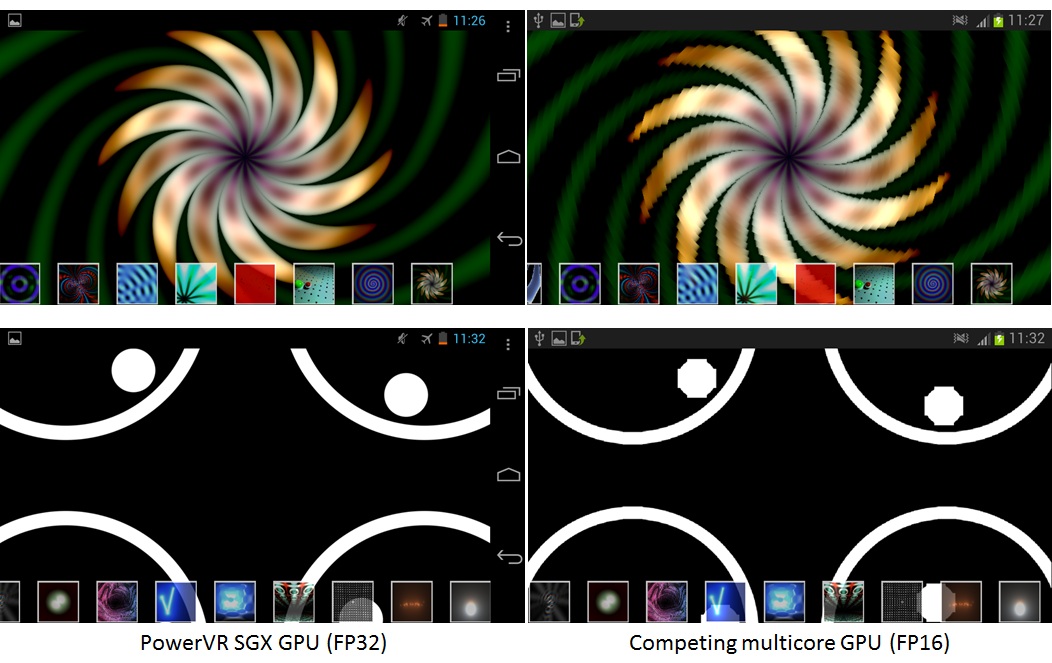 Low-end Geforce parts like the MX150, 1030 can all turn in better results than the Xbox One as well.

But the fact that AMD's integrated graphics can beat the Xbox One is just a testament to how old 8th gen is getting and how quickly GPU hardware has evolved.

Stating you have reported someone isn't really constructive, best to just report and move on rather than announce it.

Actually, there are several other handhelds that could have done it, they are PC and Android based however.

Uncharted 3 came out... When exactly during the PS3's lifecycle?
And the Switch is how old?

Best to compare the visuals of games at similar timelines in a consoles lifecycle as developers learn the various nuances of the hardware... That's how you make a proper assessment.
Uncharted 3 was certainly a technical marvel given the constraints it was working in though.

But, the Switch's GPU hardware is capable of more effects than the DX9 based hardware in the PS3, so it will be interesting to see how Developers leverage that GPU in the following years.

Sure. But considering Switch was released 11 years after 360 and 10 after PS3, maybe it's legitimate to not be impressed by it, and almost shocked that games like Uncharted3 still look more impressive than most Switch games, even if Switch is younger in its life cycle.

What I am saying is give it time before we start making arbitrary decisions on how good/poor the Switch is from a games visual standpoint and try to keep the comparisons as fair as possible.

Switch is a gaming tablet in essence, masquerading as home console that can be portable via very clever Nintendo marketing.

So if you look at it that way, it's quite decent piece of hardware.

I love BotW , and it is impressive but damn that pop up.

It should be remembered that the Switch is not even two years old yet so we almost certainly have not yet seen the best it can do graphically. The real showpieces of a system tend to arrive later in its lifespan.

Thats usally more true for hard to understand tools & complex cpu/gpu setups.
Tegra isnt new in that sense (the gpu part, is something programmers understand well by now), and arm isnt a issue either.
I dont think you ll see massive differnces between now, and a few years down the roads, not from Nintendo themselves.

Maybe 3rd party get better at makeing games for it? but I dont think theres that much performance left on the table. Look at panic button, those guys go all out, to squeeze every little drop of performance out of the switch. I doubt theres much more they can do, even a few years down the road, compaired to now. Also devs have been saying the tools for the switch are easy to use.... again going against the sentiment that theres performance left on the table, because devs dont know how to use it.

The same was true with the PS4 & XB1, because they where both x86, and had unified memory pools, and easy to program gpu's,..... things arnt going to get much better than they are now, and how it is now, isnt much differnt from at the start of the gen.

I never said they would be massive improvement, but even with PS4 and Xbox One which are also very simple and easy to develop for games look a little better now than they did in 2013.

There's also room for improvement in the sense that there simply haven't been many games built from the ground up for Switch to push the system as of yet. Looking at its graphical heavy hitters thus far, FAST RMX is an enhanced Wii U port, and Outlast II/Doom/Wolfenstein are designed around PS4/PC/Xbone then cut down. Games built for different hardware rarely get the very best results out of a system. Mario Odyssey and Kingdom Battle look beautiful but they're more focused on style than technological grunt.

Heck, even Wii and Wii U, which were old, straightforward hardware, got their most technically impressive games later in their life.

Yeah, that's mostly correct. Mobile games make extended use of FP16 as their GPUs are just too weak otherwise, but PC/Console games do much less so, though the amount seems to be slowly rising.