We already know what DQXI on NS looks like as the a trailer.

If people don't like the production values then they can refuse to purchase their game ...

Personally I have very little investment in the next Pokemon game, I hope it looks amazing but I don't really care either way. Still ... this comment is ... well ... let me just explain why this kind of defense is out of touch with the points frustrated people are making.

"Level 5 has been working wonders since the PS2 days. I swear Dragon Quest VIII is one of the best looking games of all time. So its no wonder Yokai Watch 4 looks so good. "

Honestly, and I know that this may seem counter-intuitive to my point, but bare a crisper image and some cleaner textures Level 5's Yokai Watch 4 is not that out of the ball park in comparison to something like Town. Which, I imagine is why it's so frustrating to people that Game Freak do not step up their game. They have the potential to make some of the best looking games on the Switch, but regularly show restraint,  usually because they don't want to put more effort into their product (or at least that's the sentiment people feel when you have interviews talking about how hard it was to make a game as basic as Let's Go on Switch).

This is what the majority of Yokai Watch 4 will probably look like:

Sure, Youtube compression doesn't do it any favors, but it's not like GameFreak can't make something that looks as good as this - hell, better. It's not some kind of technical wizardry.

Sure, but Mario Odyssey runs at 60FPS, unlike Let's Go (which also has frame rate issues I've heard). And while Mario has always been a nice benchmark for how beautiful games could be on Nintendo's systems, it's not like the developers have made it clear it's one of their highest priorities in the same way most studios do with their games. That's not where a majority of, or even most of their time went to. (Besides, the game can be really ugly at times ... there are better looking games on Switch). Also, you hit on a key point - talent. If your argument is just akin to "well, they are the most talented guys at Nintendo!" then all you're saying is that GameFreak's staff is less talented. Which ... isn't really a good rebuttal? Especially when Pokemon tends to sell more than Mario. If anything it's fueling the flames - as members like Mzuzek and Flashfire continuously admit that GameFreak is less talented than Nintendo, which is another source of frustration.

"Monolith has its own engine. Torna is an expansion with most of the assets already done from the previous game. So they had plenty of time to make it look amazing. "

True. In fact, what you should have mentioned is that Monolith Soft is usually a benchmark setter when it comes to their games and maximizing performance. That being said, Monolith Soft helped out with Breath of the Wild's development - they could easily do the same for Pokemon Gen 8.

"DragonQuest 11 isn't out on Switch yet, so just hold your horses until you see what the port looks like. "

We actually do know to some extent what it looks like. The image in that trailer is a lot blurrier than the PS4/PC counterpart, so it's not a bullshot. It's still very impressive from what we've seen, but it's not gameplay so yeah, I wouldn't judge it quit yet.

"Pokemon Gen 8 will look almost exactly like the Let's Go games, because they will have to reuse assets in order to finish the game by this year. And there's nothing wrong with that. The Let's Go games are a significant jump over Sun/Moon, even when running on Citra. "

They really aren't a "significant jump", they're just a lot cleaner. It's not like Citra is recreating the entire game with HD textures, there's only so much it can do. But the fact that it's even comparable in the first play is testament enough that it isn't such a huge jump.

"But maybe you want hyper-detailed Pokemon lacking all semblance of charm. Like this... "

Come on dude, I know your opinion might differ but do you really have to be using a fallacy like that? Because people expect more out of GameFreak, they automatically must want some really creepy uncanny looking Pokemon game which has no charm? What justification do you have for such a jump in conclusions?

Well. No. They don't need to do anything. - But it would be nice!
At the end of the day... As long as the general games aesthetic is nice and crisp, I couldn't care how the game is portrayed, provided it is enjoyable... Could look dark and gloomy like a Darksouls game for all I care... Or full of effects like a Frostbite driven game or simply Cartoonish.

I do like seeing people finally call out Game Freak for their shit. Keep it coming, guys.

Hard to really feel or think much of it if it  doesn't reflect on the sales.

The reason why Gamefreak doesn't step up their game, is because going from Town to YKW4 entails twice as much work. It doesn't seem like it would, but try making a 3D model and texturing it at this level.

I don't get what you are trying to say in response to Odyssey. The formatting of this ^ post is a mess.

I agree that Monolith should go and give them a hand.

A lot cleaner? Isn't a lot and significant synonymous?

Ok yeah, I just wanted an excuse to show people how ugly some "HD Pokemon" art looked. I was about to go back and take that part out of the post but you already responded.

Yea...I think we got enough uncanny valley-type Pokemon as the upcoming Detective Pikachu movie is kinda leaning on that line with their CGI models. Though some could say that Detective Pikachu may have crossed that line...but that's a debate for another day. Nevertheless, I actually cannot wait to watch that movie.

No cerebralore, Pokemon games having better graphics doesnt mean the pokemon will lose their charm. Way to cherry-pick a specific picture.

Look at how great the Incineroar model in Smash looks: 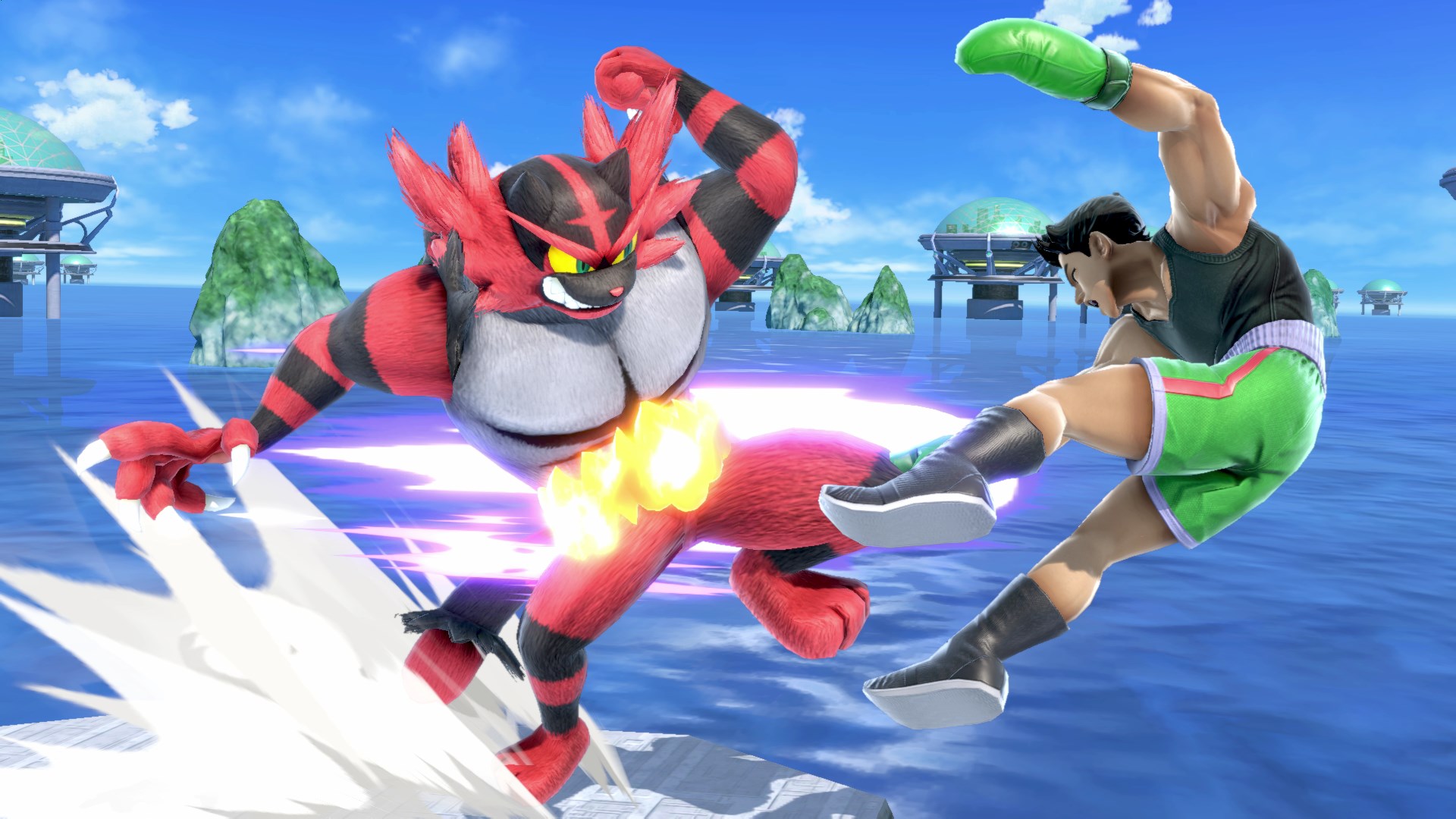 We'll be lucky to get a fraction of this for gen 8.

its their fault for not giving it more time in the oven, not something we have to "understand". As a consumer, you have to rake out the same amount of money for Lets Go compared to Mario Odyssey, and thats all that matters. Its on them for rushing the game.

They won't do it or need to do it till sales decline.