As much as I love Smash, obviously as more of a Sony guy I have a hard time getting excited about the characters. At least they have brunched out more to include more 3rd party characters. I'd rather Sony made a new All Stars and actually put more effort in, Sonys first party characters are more diverse imo.

While the idea sounds epic, it wont actually work well on paper. Both Sony and Xbox have very few characters that will actually be recognized. The Balancing of the game will be all over the place and unless they make it cross play on all platforms which we know not all companies want to play nice especially with a game carrying there mascots. It will be a huge mess.

Best thing they can do is that companies like Sony and Xbox can ask Nintendo to put there characters into Nintendo's game as DLC, or Sony and Xbox team up to make a Smash Brothers clone where it will be PS vs Xbox characters and the game is cross play between the two systems.

Just to name a few of the top of my head.

Quite honestly, I have no idea.  Power Stone 2 was 4 players, and honestly, I enjoy it more than smash brothers.

What I didn't like about power stone 2, was the lack of more attacks for the characters.  The second special attack transformed characters had in the first game is missing in the 2nd, and a lack of stages.

But, if playstation all stars had turned out similar to power stone 2, it wouldn't have been considered a smash brothers clone, and thus, the need to do things differently for the sake of being different (while copying the style, mind you, as I have just as much fun with smash as I do PS all stars) they wouldn't have felt the need to have a system in which only supers killed.

That was obviously put in for the sake of being Chocolate, to Nintendo's Vanilla Ice cream.  Same thing but a different flavor.  But, it just turned out to be an annoyance.

The power stone series is an old thing from Capcom.  Fighting game pros worked on PS all stars.  Unless they came late to development late, or didn't have much say on how the game went on, I wonder if the idea of making it similar to power stone (which is basically smash in 3D) ever came about.

From Microsoft's pov I don't know but Sony surely has more than a dozen well-known characters which are more relevant than Rosalina (which I had to look up).

I mean... look at the original Bioshock, it was literally an X360 exclusive for the first year of being on the market, it wasn't even on the system that considered him an All Star. 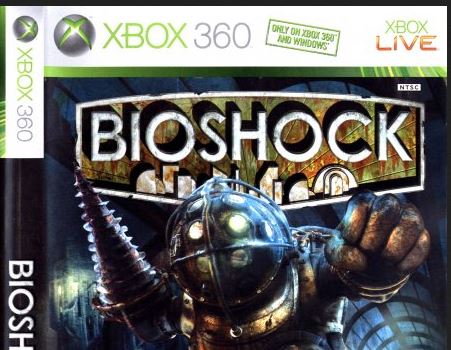 One thing that has to be said about PSASBR was that intro was pretty awesome the way it was put together.

TBH I thought they would have done it with Golden Eye remake. I so wanted it to happen..

who will reign supreme

Yeah this is exactly what I mean lol, how the actual fuck did they come to the conclusion that Big Daddy, from BioShock, the game that was X360 exclusive for a whole year before coming to PS3, would be a good fit as a "PlayStation All-Star", I mean I'd seriously love to go back in time and sit in that meeting listening to them coming up with the roster, and just laugh my face off at whoever threw Big Daddy into the pot, lol.

yes powerstone is awesome people have been begging capcom to make a new one for a long time.

I agree completely.  I have no interest in Smash or a Smash clone but I might be interested in a different style.

Let's be even more honest and admit that Smash is full of characters most people won't know.  I certainly don't.  Playstation could easily do the same.  Smash has maybe five or six "stars" with their own games, characters that most players would know, then past that it's a lot of supporting actors and third party characters.  I don't really see an issue.