Forums - Gaming Discussion - Anyone else feel resolution is overrated?

A big factor for noticing details is the size of the display and distance towards it. I am sitting way closer to my monitor than the TV. I also have a 1440p monitor at the same size. The difference between both is, that the image is way sharper on the 4k one. 3D games, even old ones, really do take advantage of a higher res. Not that the texture quality enhances, but the aliasing gets less noticeable.

For games with a high texture quality and lots of geometry in it the image feels crowded and messy on lower resolutions. So, at a certain point, you won't notice even higher details being added to the game since there is not enough room on the display to present it.

Where 4k really shines are games with very detailed environments like Assassins Creed Odyssey. But also a game like Rage looks very stunning in 4k.

Well, it doesn't have to be details on a tiny little face, but in BF5 it helps to spot an enemy in the distance and so it will be way easier in 8k.

Not just theory. It's a simple fact.

I don't take processing power into the discussion, because people already had this exact discussion arguing between 720p and 1080p several years ago.

We will still see this on 4k vs 8k. It will go on until our retina won't see a difference.

"Also, if your Screen/Monitor is too small, the increase in resolution will be barely discernible, while getting higher detail textures will be much more visible."

This sentence doesn't make sense. How can you see higher texture detail with less resolution? The resolution detemines how much you can see. Take Batmans eye for example. Would a higher textured eye give more details to that picture? It's a no on both screens. But on 4k we don't have to zoom in further to see it since it is 4 times the resolution of 1080p.

No, no marketing BS. That's just a fact. 4k is four times the resolution of 1080p. Or to say it differently, I could place 4 1080 screens on one 4k display without a loss in information in relation to 4 1080 display. I could post some screens of my own if you really want to see the difference. I sadly don't have a 1080p display at home, so the upscaler would fill the missing pixels.

720p is fine for the Switch but it can feel a little rough on my PC, though 900p is more than enough for me. Xenoblade 2's undocked low resolution makes it basically unplayable.
So I'm not particularly picky and I value solid framerate above all, but I do move with the times.

And I'd definitely choose resolution over details.

Detail and resolution go together, the poll makes no sense. All depends on the games you play.  Try getting this detail and draw distance in 1080p. 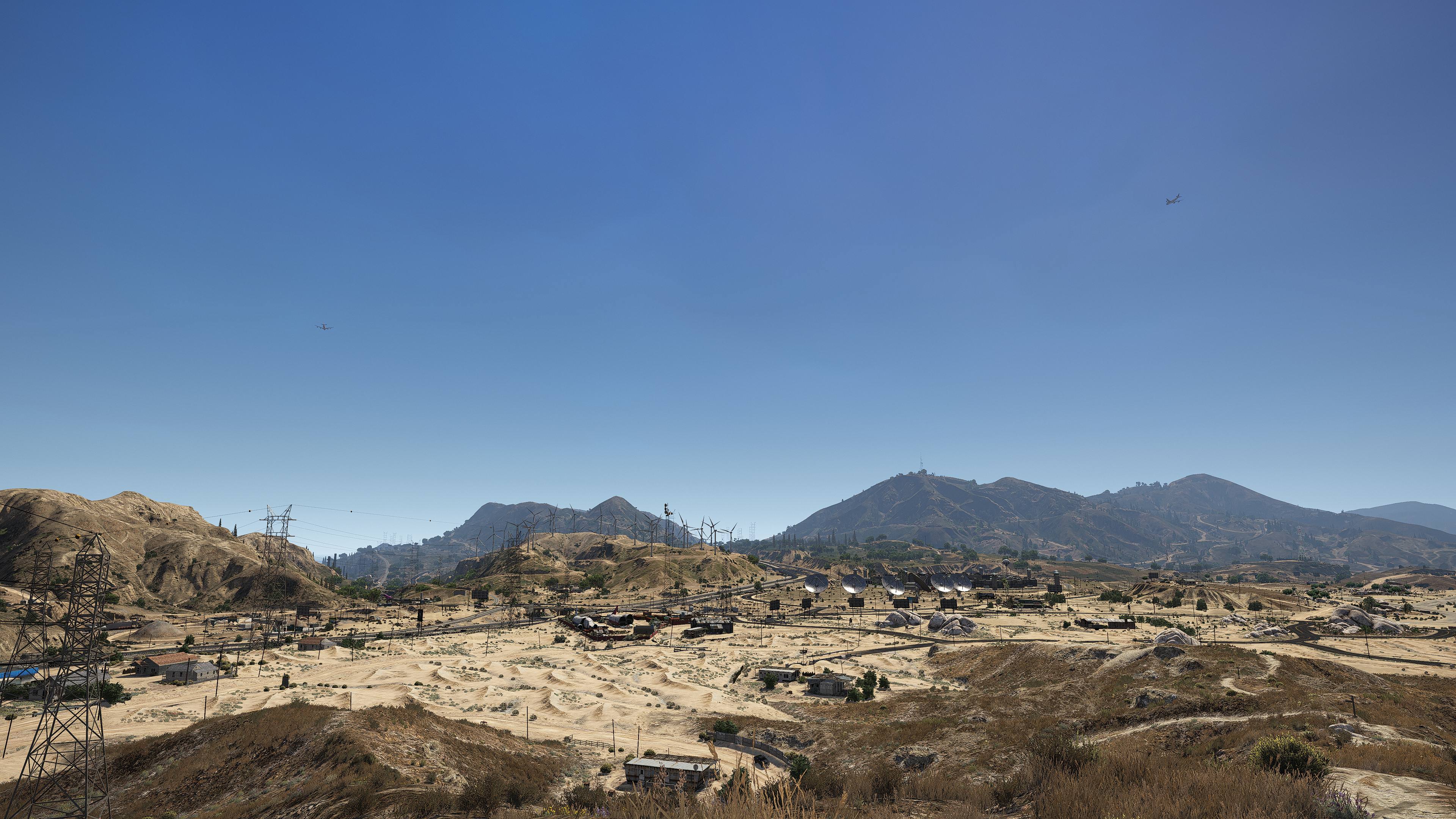 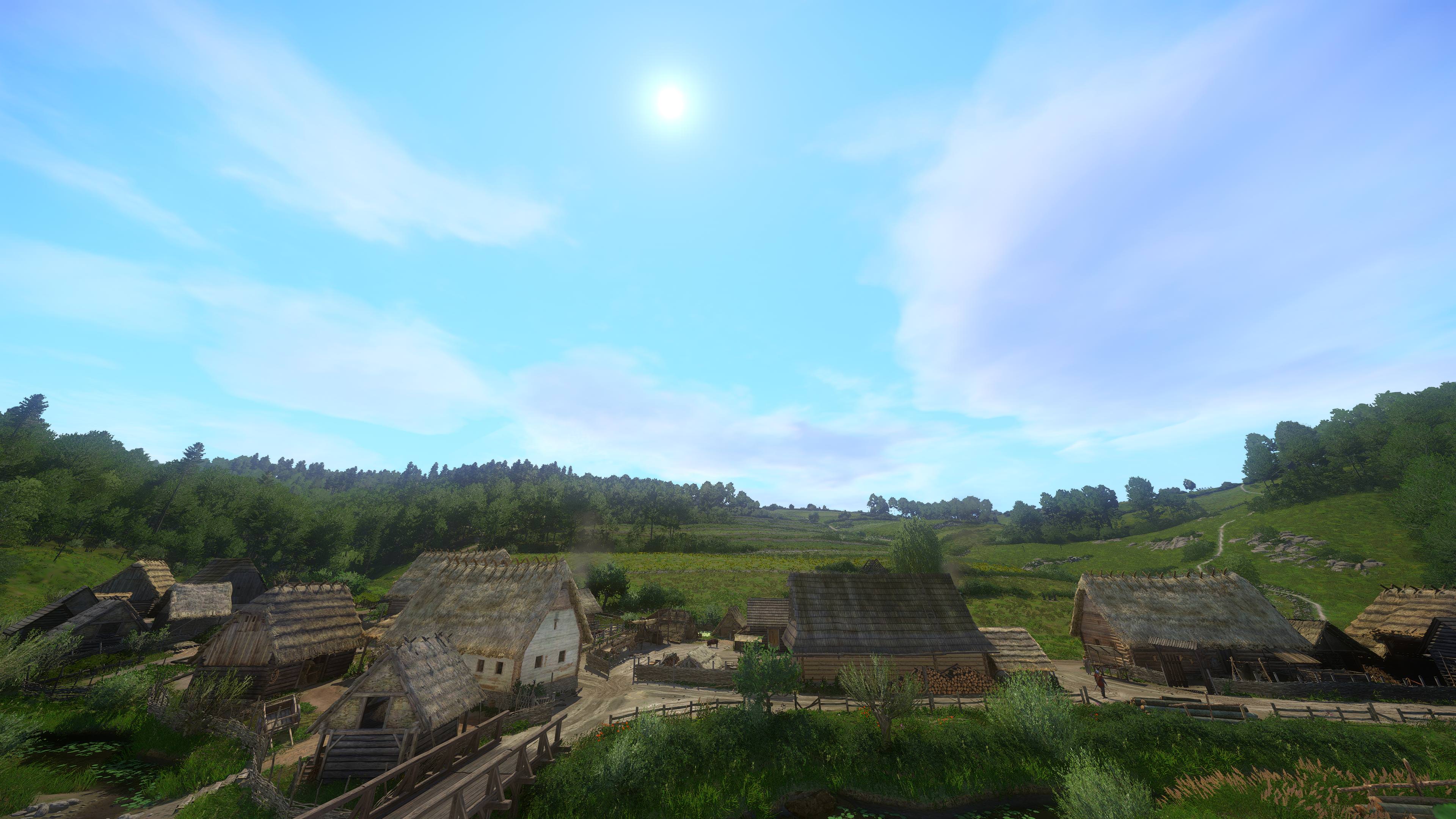 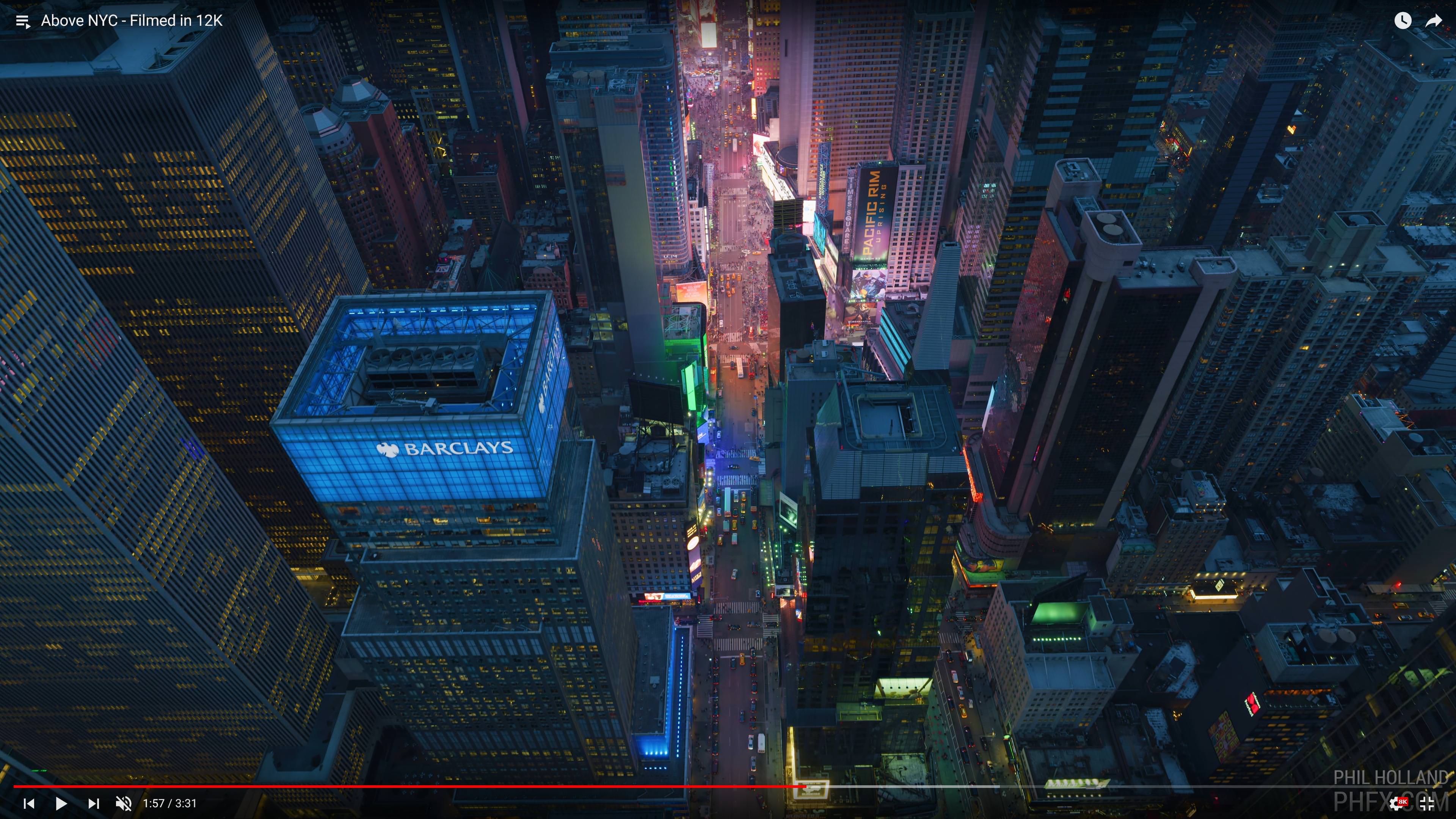 Is this GTA5 in the first pic? Can't remember seeing a draw distance like that.

2nd one is Kingdom Come: Deliverence and it looks great in 4k.

Resolution has been pretty irrelevant in my experience.

Honestly, I would take a Nintendo Switch with a 480P (or even 240P) screen if it meant a bunch more mid-budget games getting made (shorter development time, lower budgets needed for modeling/textures/etc.) and taking more risks with more novel/niche ideas.

Indies are great on the Switch, but so so many of those fall quite short of the mid-budget cool/quirky stuff we used to get in the PS1/PS2 days; MOST NOTABLY, in terms of those games having game worlds crafted with fine care at a much larger scale and scope, etc.

They all are part of a video game, sure, but I find investing in larger pixel counts (and the much higher texturing/modeling/etc. cost that gets pushed along with it) is usually pretty superfluous; such resources and time is much, much, much better spent on expanding the rest of the game's elements.

Both GTA V and KCD  are 4k. Both are maxed (draw distance) beyond default sliders, GTA V with edited settings files, and KCD with console commands (CryEngine). One of the joys of pc gaming.

I can definitely tell the difference between 720p and 1080p, so it definitely matters if you simply look at it like that.
However, I will gladly take a resolution hit if it means a more stable framerate and/or other graphical improvements.

Generally I am a PC gamer, so "limited resources" isn't a thing.

In consoles though, there is a balance where the hardware has enough bandwidth/fillrate to hit various resolutions. For the Playstation 4 that seems to be around 900P-1080P, Xbox One... Around 720-900P.

Don't forget console gamers beat the resolution drum as well... ResolutionGate at the start of the 8th gen being a prime example where the Xbox was trolled into oblivion due to it's plethora of 720P titles.

And why can't we use it as a selling point? If the PC is capable of handling 11,520x2160 and a console is struggling to maintain 1280x720... Isn't it worth of mention? In that aspect the PC is clearly superior, no contest.

Same. I prefer downsampling from 4k to 1440P. It provides an amazing image that is a step up from 1080P, but still allows you to have all the bells and whistles turned on.

Refresh rates have a direct impact on gameplay as well.

I am at that point where I think 1080P looks rather dated.
All my devices are 1440P or better for that exact reason, literally put my money where my mouth is.

The ironic thing is that during the 7th gen... My debates with console gamers generally resulted in a downplaying of resolution and anisotropic filtering... It's nice that it's gaining more prominence now that the masses have gotten a small taste of it.

You lower your settings... Even lowered PC settings at 4k will often still beat the consoles anyway in terms of fidelity and clarity.

I think most people would. Quad-High Definition (1440P) is a big step up over 1080P, yet still affordable where you can dial up all the visuals.

And 1440P has been around for donkey's and is super affordable now.

Wouldnt you be better off just buying a PC then?

Welcome to the #PCGamingMasterRace. May all your games be good ones.

Resolution has zero effect on a games budget directly
It literally takes a few seconds to edit a configuration file to swap between 240P and 4k... The cost is building assets to shine at a higher resolution, but a developer isn't obligated to do that. - In-fact allot of games during the 7th gen had high frequency texturing anyway, which actually shines at higher resolutions... Which is why allot of Xbox One X backwards compat titles in 4k can start to look like a massive step up. (Final Fantasy 13 for example)

A Nintendo DS game upscaled to 4k on PC can look leagues better than the DS.