I kind of feel the 3DS has a lot in common with the Wii U.  It definitely has some good games, but overall it is disappointing compared to other Nintendo handhelds.

Nooo! *cries silently with his beloved 3DS in the arms*

The WiiU had 2 and a half years, from mid 2013 to 2015 end, in terms of great releases, after that, few good games were launched and the lineup was most composed of indie titles.  Nintendo could, at least, localize some Japanese games, or make deals with third-parties to bring more ports to the platform. A price cut to boost sales would also help, but they never cut its price, not even when the Switch was announced. This is something I really don´t understand why.

Of course, many of its good exclusive games were later ported to the Switch, something that "reduced" the importance of the WiiU as a collector´s piece, but on the other side allowed more people to enjoy those games, that really deserved more recognition, like Bayonetta 2 or Donkey Kong Tropical Freeze. As a WiiU owner, I really don´t felt ripped by that, but by the lack of support after early 2016

It has a good library? I mean its not exactly a vast library of notable content.

I have almost every Wii U game worth owning and that was easy to do because there aren't many. I had fun with it, don't regret buying it, but I don't feel it had a strong library as a whole.

I see Wii U and its failure as Nintendo's transition from home console to doubling down on mobile. I much prefer a Nintendo that focuses on a single platform and portable works for them since they haven't put an emphasis on power since the 6th gen.

There are so many things that WiiU had that I miss on Switch (or PS4/XB1):
Miiverse (and private conversations) with drawings, text, stamps, screenshots.
All the marvelous artists on miverse and Art Academy.
The possibility to browse the web privatly and then display it on the TV if I want share with others.
Pictionary games. Great fun for family & friends.
Animal Crossing plaza wich gave me hope of a new AC game.
The possibility to play on the tablet and still be part of the family conversation.
The Fisher Price quality plastic that allowed the tablet controler to fall numerous times on the floor without any damage.
The ergonomic handle of the tablet that made it possible to fall asleep without loosing the grip.
The alluring possibility of asynchronous gameplay that never really materialized.
Mario Maker. How will MM2 work on the Switch? A handheld game only?
The HD Zelda ports: TP, WW.
...and much more... 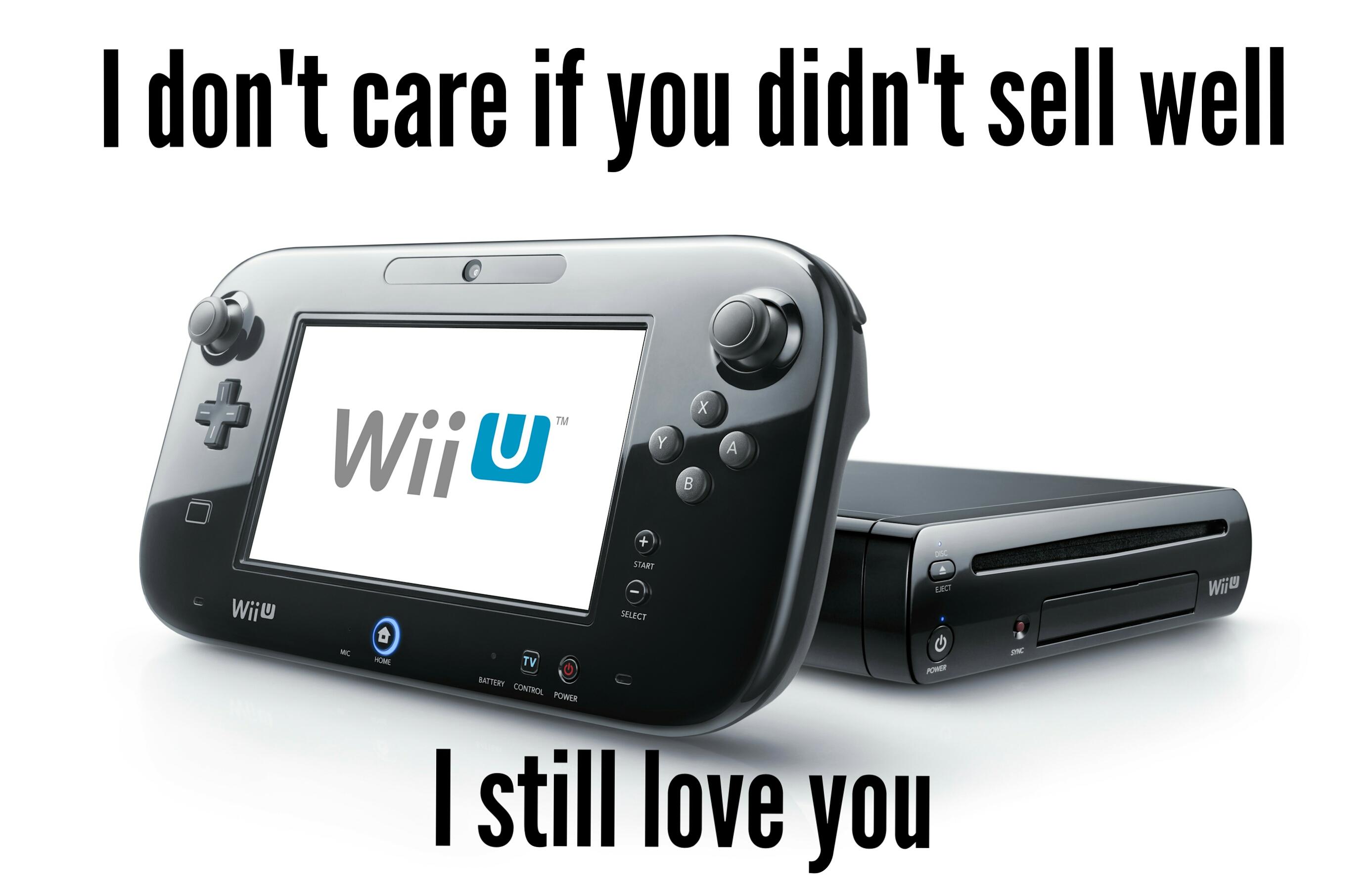 Splatoon was my life.

Wiiu came out too late, should have released about 3 years into Wii lifespan. Either way the wiiu is the last Nintendo consoler I bought

ThisanmU on 23 November 2018
I think the opposite... It should last longer, untill 2019. Cease the console in 2017 was a huge mistake and a slight. What annoys me is the fact that the problems it had were not difficult to solve. As if Nintendo lacked a communication professional or emplacements.

Replacing a successful system like the Wii after just 3 years would be a terrible idea. The Wii sold a further 34 million units after its first 3 years, cutting that short would be missing out on billions of dollars of revenue.