and the worst of all random encounters.

All of these are what most western gamers dislike about Japanese RPGs and is why they have fallen from the top since the 7th generation. I can agree with some of these, i used to really dislike linear gameplay and the censorship so much in mostly 16bit and 32bit RPGs and i still hate censorship. But lately i've really started to feel annoyed with random encounters... Maybe cause i'm getting older but at first it's okay it's what you should expect from classic JRPGs but it gets so damn annoying after playing many games for many hours with the same issue.

The latest classic RPG i tried to beat is Tales of Phantasia for Super Famicom and it's actually a good game with a bad fighting system but also with a good story, memorable characters, beautiful 16bit graphics and very innovative for it's time. After playing it for 22+ hours i thought i was close to beating the final boss so the last dungeon, as always in JRPGs, throws you a bunch of random encounters with annoying overpowered enemies, also with confusing areas and puzzles and very few save points and when i finally reach the final boss and beat him, the game makes you think that you've beaten the game HOORAY the end right?... NOPE! The final boss somehow survived and is now terrorising your world in the future so now you need to get to the future, collect new important items, level up a bunch and the random encounter rates only gets WORSE.

So after 26+ hours i stopped playing, it's got too much, the story isn't half that interesting anymore and the ending is probably predictable nothing out of the ordinary just not worth going through all the trouble.

Other games that come to mind are Skies of Arcadia (one of the best games i've ever played and finished) and Final Fantasy 3 (also worth playing).

Yeah, Westerners hate random encounters so much that the most loved Final Fantasy games have turn based combat. So yeah, let's remake the game but ruin the real reason why these games are so loved. The ATB system is why makes combat so fun. I don't get how your so idiotic to not understand why a game is even popular. It's like turning GOW into a puzzle game. People still buy new editions of FF7 and FF10, play it and they don't complain about the combat. Annoying loud ass hats are the reason why game franchises are often ruined. Developers actually listen to nonsense. Check the polls on Final Fantasy games with the best/most fun combat. It's strange that they are a turn-based system, not that of the newer games (FF15/13). Strange right? Not... Really people who aren't fans of a game like yourself shouldn't speak, and try to dictate a games design and direction.

PS: Overworld only encounters are next level tedium and annoyance. Something JRPG's need to stop jumping into. It's really not that fun. Especially if you are doing farming/grinding. Keep this kinda shit out of a 100+ hour game, or at LEAST, have an option to turn on/off.

You might want to take your pills before posting.

I'm not advocating for FF7R to be action rpg it's what Square Enix has decided to do because they know the market has changed and while long time fans would love the game to keep turn based the general public doesn't care for it. I for one am open to the action rpg system a long as it doesn't feel awkward.

BTW your first line there are JRPGs with random encounters without turn based and vice versa.

well, i suppose it is true that cave areas are always the most dreaded part of pokemon games. 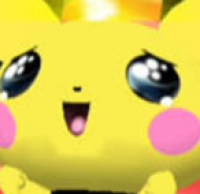 Always stick to your source material as a remake, in my opinion.

I like turn-based when it's interesting. (Mario & Luigi, Paper Mario, Deltarune, etc.)

I have no problem with random encounters. Help you grind early game and if you back track and are quite overlevelled, there are items in most games that... Repel the encounters.

This is a difficult one for me to gauge. I can't stress enough how much I hated the random battles in FF VII. I never finished it. Sold it, and used the money from the sale to buy weed. It's absolutely the most hated example of random battles making a game suck I can reference. And it's not something I'm unfamiliar with. I found them tolerable in FF VI on the SNES. I think the difference was at least partially found in the loading times. One of the many things I loved about FF XIII ( #iloveyouall ), was the fact that battles weren't random at all. Sure, they could be forced on the player to some degree, but at least you could fight for your right to not fight.

Although, random encounters system has never really threw me off of any games. I do appreciate when you're given the liberty to fight with the enemy of your choosing from the overworld.

That said there was one particular map in Lost Odyssey where they were really ridiculous. It felt like you couldn't even take 2 steps without a battle triggering

It wasn't until FF7 that random encounters in the FF series became tolerable. You can run for 30 seconds to a minute straight in many areas of the game before hitting a random encounter. It's much, much less than that in FF1-6. The JP version of FF7 has a higher random encounter rate from what I read, and the changes to a more spaced out random encounter design were made for the western releases. Smartest decision ever.

As for the poll:
FF7 can be both action and turn based, or rather menu selection based with timed inputs you need to keep track of on your party and the enemy. They can implement something akin to FFXV's wait mode. Just polish it up some more, add more control, time constraints determined between actions and bam.