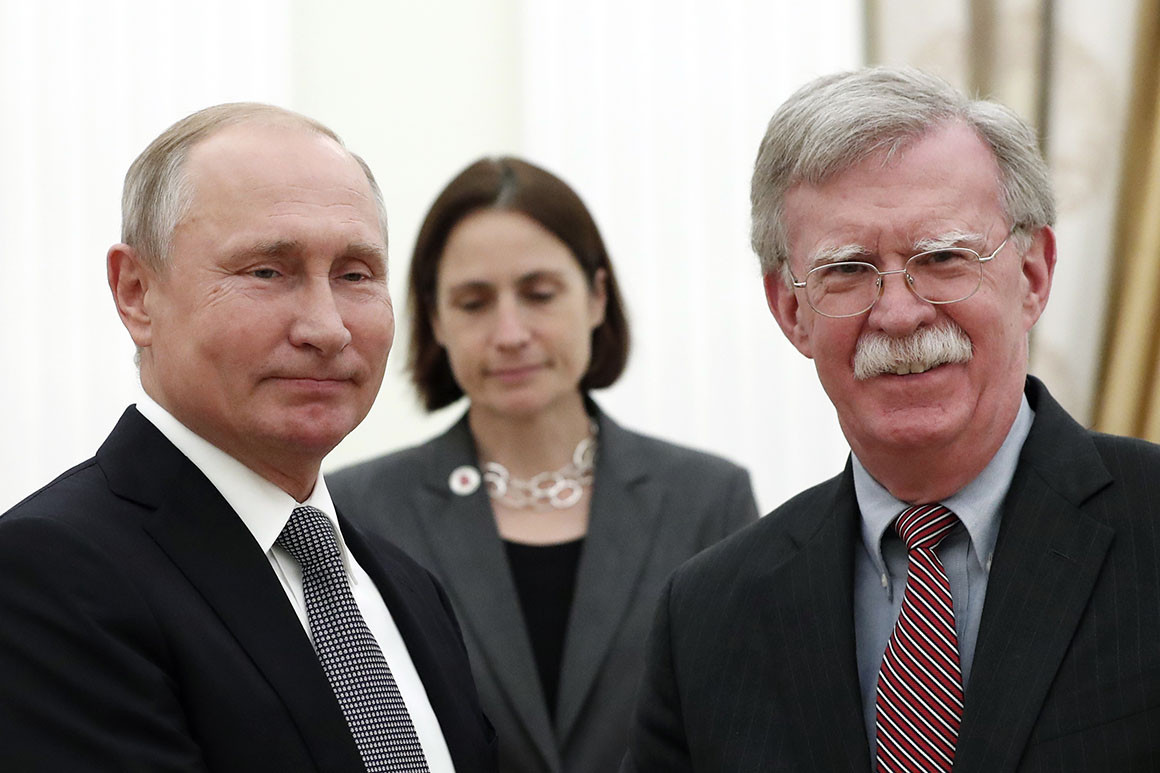 Bolton says: "We have invited President Putin to Washington after the first of the year for, basically, a full day of consultations,"

Vladimir Putin says US dominance is ending. "Thank God, this situation of a unipolar world, of a monopoly, is coming to an end," Putin said. "It's practically already over."

This is ultimately Putin's endgame, divide and conquer.

He is nailing it. The only thing that gives dollar value is the fact it is required for other countries to build dollar reserves to buy oil(petrodollar). But it is ending little by lillte with Russia and Iran, huge oil producers, and China, the biggest oil consummer in the world, seeking to trade using their own currencies instead of having to buy dollars for that.

I still don't understand why USA and others are not trying to move away from oil as quick as possible as that would sort out a lot of the political world issues for them.

It's true, but China, rather than Russia, is the one challenging US dominance. The US will lose economic dominance in the coming decades, but it can retain political dominance if it can retain close ties with the EU, Japan/SK, and the UK/AUS/India (the Commonwealth). US dominance will have to change to "Western-aligned powers" dominance. If China is unable to make political inroads with the world's democracies, it may find itself permanently hamstrung, as China has unfavorable geography for being a world hegemon (as it's surrounded by current US allies).

The world won't move out of fossil fuels anytime soon, no other form of energy source right now provides a better cost benefit when it comes to price per unit of energy produced.

He would certainly know how a country waning in dominance and importance looks.

It`s US that is weaponizing the dollar against countries they don`t like. They have advantage right now since most of international trade is done in dollars through the Swift network, but other countries are agoing against this harassement and building payment systems for international trade that is independent from the Swift-Dollar.

I spent a month travelling through Russia this summer. They are much better off then you think. Living expenses are so cheap you don't need to earn much to live. The people are cool. The country is beautiful. Very safe part of the world.

The USA has no divine right to world dominance so I'm glad it's waning. Now if only the Europeans United. Russia and the rest of Europe would be the ultimate world power.

Oh I agree, but investing in it greatly reduces risk and issues that go along with it... I think in 5 years time after good investment could make a massive difference.