Here's hoping this will make parents of kids who play online more aware of the importance of parental controls. They shouldn't be allowing their kids to communicate with random strangers, whatever the medium.

Yeah, sure, blame the game as usual, Jack Thompson. =P

It's why I want to be a gamer dad. My children and their friends would look up to me like I'm a younger, fatter Gandalf. :D

I didn't want cross play with Xbox because of all the underage children shouting faggot and the n-word every second. Some people just don't know how to look after their kids. -_- 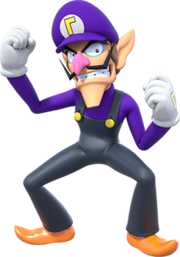 It's the same rule in real life, so IT SHOULD BE that rule in gaming, internet, etc.

Is this your first week on the internet?

That's great but that doesn't really contradict what I said. "growing out" is just terminology. All I am saying is that I spent most of my life with a parent who did not parent well. There were consequences but at least when it came to online trash talking I did end up not doing it once I got older. Granted I was never a huge trash talker but it definitely happened more in the past compared to now (and I would say I was a "well behaved" 11 year old, there is a difference between how you act in public and online).

If you are saying that you will make sure that your kid never becomes that kind of toxic person, than good on you. Parenting is very important and that is what I partially based my reply on.

Typing all of that does not make what you originally said go away.  "It's normal and instead of criticizing him for the possibility of that happening all accountability should be put on the party that is mature."  You literally said that an 11 year old should not be criticized or held accountable for using slurs or insults.  You can't change what you said.  If you want to say that you didn't mean that exactly, that would be fine, but you're trying to act like you didn't say what you said.  On top of that, you went the "fallacious argument" route when there was nothing fallacious about it.

And are you serious about trying to make people look ignorant?  Is that something you should be talking about?  How about your first post in this thread?  "Yes people, I povoct, You povoct, He/She/Me povoct, povoct, povocting, povoctology.  Anyways being "povocted" is not an excuse and that question should not even be in this equation."  Mocking a person repeatedly for a spelling mistake then you say, "maybe you should first look at how you deconstruct arguments, and then ask why people respond in kind"?  That's an absolutely amazing example of hypocrisy.

So maybe you should first look at how you deconstruct arguments, and then ask why people respond in kind.

So you're really going to make a Spongebob reference joke as if it was some great insult against Mar? Ok .. I think you are trying WAY too hard to prove a point that isn't really going anywhere.

It doesn't make it go away but I sure as hell clarified what I meant. I can understand that I wrote a lot, however it should be fairly obvious that in the comment you are replying to, I did not deny what I said, and in fact I clarified it. So I don't really get your point ... of course typing all of that doesn't make what I said go away, I literally clarified it further for you.

"If you want to say that you didn't mean that exactly, that would be fine, but you're trying to act like you didn't say what you said."

Literally one of my first sentences in my respones: " I admit that if you wanted to read that comment as an acceptance of bad online behavior than it is fairly bad. I should have explained that while I believe that behavior to be "normal" it isn't "good" either (although I already over-explain myself on this site as is)."

What do you think "I should have explained .." means? It means exactly what you state would be acceptable: that the way it was interpreted was not what I meant, at all.

Your whole "switch it around on ya!" tactic doesn't work because you don't understand the basic foundation of .... a joke.

At this point you're being unreasonable. It's clear you don't have an argument.

Right, right, like the entire world is going to know about a Spongebob reference, yet me adding "lol" to what you said is terrible, even though it fit perfectly with the way you said it.  Looked to me like you were mocking them.  Still looks like that, in fact, even if you're saying it's a joke now.

There was nothing wrong with my argument.  I responded to what you said.  Then you tried to say it was a fallacious argument, then you clarified.  Don't leave out all the details.

No, but I hope for the best, even when I hear the worst.

Unless it's VR Chat.

I mean, somebody posted the meme before you replied criticizing it as some kind of rude act. Even if you didn't see that or you were too busy replying to have seen it, it's odd that you're trying to paint me as some rude person when A ) Mar wasn't offended by it  B ) He didn't even respond to it and C ) My point isn't that I wrote "burp" because adding "lol" to a sentence was a rude act towards me (I don't consider that rude, that's ridiculous), it was that your exaggeration towards my statement made me take your reply less seriously ... "burp". I honestly do not know why you are trying to go back and argue about these pointless trivialities. Again when I said you should think about how others respond and why they did so, I did it because we were already multiple responses in and I felt you were representing me from the get go. Making a Spongebob joke isn't really equal, but even if it was I wasn't trying to argue about some random details from square one, I was merely explaining to you WHY I did what I did.

Wait a minute .. NOW you admit I clarified?

Your last response: "If you want to say that you didn't mean that exactly, that would be fine, but you're trying to act like you didn't say what you said."

This response: "then you clarified"

Which one is it?

And again ... really do not understand why you are so obsessed with the timeline of events. I might have referenced something in the past but I was only doing so because you were making a comparison to an 11 year old about the "burp", and I felt I needed to explain. The last time I wrote the word "fallacious" was two hours ago. Why do you keep bringing it up? It doesn't even matter anymore because I already clarified what I meant. Argue from that standpoint or don't argue at all, I'm not interested in hearing how offended you are by the first reply.